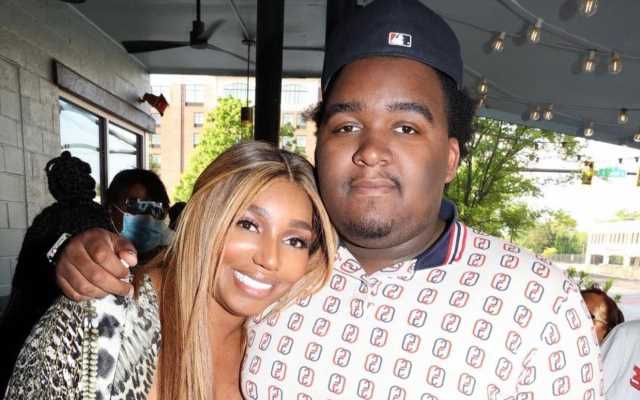 The former star of ‘The Real Housewives of Atlanta’ gives fans a health update on his 23-year-old son Brentt by sharing a video of him walking out from a hospital.

AceShowbiz –NeNe Leakes couldn’t be more grateful that his son has recovered from a stroke. When giving fans a health update on Brentt Leakes, “The Real Housewives of Atlanta” alum praised God as a form of gratitude.

Making use of Instagram Story on Wednesday, November 23, the reality star shared a video of her son walking out of the hospital, two months after suffering heart failure and a stroke. As staff cheered around him, the proud mom exclaimed, “Yay! You’re walking out.”

The 23-year-old then made his way to the reception desk. One of the nurses then gave him a hug and said, “We love you, Brentt!”

NeNe then posted another Story, gushing, “I’m so happy for you!” In the following snap, the former Bravo personality penned, “To God be the Glory.” Also sharing a photo when Brentt was still in his hospital bed, she declared, “Nothing bu God.”

NeNe revealed Brentt’s health scare in October. “Two weeks ago today, Brentt had congestive heart failure and a stroke. He’s only 23, so he’s really young for something like that to happen to him,” she said in an Instagram Story video.

Noting that Brentt “doesn’t drink or do drugs,” the “Glee” alum said doctors were still trying to understand the cause of the issue. The actress, who also has Bryson, 32, further elaborated, “Brentt doesn’t drink or do drugs. And obviously they’ve tested him for all of those things. They also tested him for HIV. They were thinking that maybe he had caught COVID and he didn’t know that he had COVID.”

NeNe then encouraged her followers to pray for her son. She said, “It was very scary. I don’t even want to go into details. What happened and how I found out and what condition he was in. Obviously a stroke is a very serious thing. And so he’s struggling you know, with speaking and it’s, just know that keep us in your prayers. Keep bringing your prayers.”