Noel Clarke, 45, has been charging £48.75 for videos on the video app Cameo. In his bio, he warns fans to “stay on my good side”. The actor’s profile is currently unavailable in the wake up of a series of claims against him. The Guardian newspaper reported allegations from 20 women, who have accused the Viewpoint actor of harassment and bullying.

He has since said he’s “deeply sorry” for some of his actions and will seek professional help, but has “vehemently” denied all claims of sexual misconduct.

He said in a statement: “I vehemently deny any sexual misconduct or criminal wrongdoing.

“Recent reports however have made it clear to me that some of my actions have affected people in ways I did not intend or realise.”

He added: “To those individuals, I am deeply sorry. I will be seeking professional help to educate myself and change for the better.” 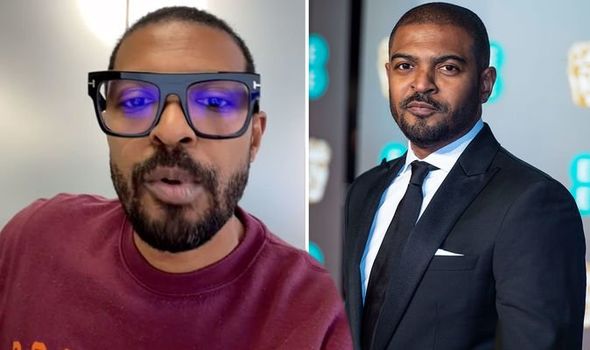 He also refers to himself as a “KingMaker” and urges fans to “stay on my good side”.

Ahead of the allegations coming to light, he shared a video telling fans he was available for shout-outs.

He said: “I am properly excited to do shout-outs. 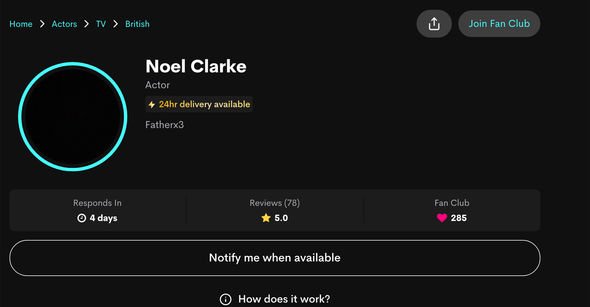 “If you want a shout out for your friends, families or loved ones let me know.

“Thanks so much for the support, I appreciate it – hopefully speak to you soon.”

In light of the misconduct claims, the actor is currently unavailable for bookings on the website.

Noel’s latest show Viewpoint has also been pulled off air.

ITV said it was “no longer appropriate to broadcast the final episode” as planned.

The broadcaster added it has “a zero tolerance policy to bullying, harassment and victimisation”.

“We strongly believe that everyone deserves to work in a supportive and safe environment,” it continued.

Sky has also “halted” its work with the actor, including on the fourth series of crime drama Bulletproof.

Many of Noel’s colleagues have also expressed their thoughts on the accusations.

The Bulletproof actor’s co-star Ashley Walters said in a statement: “My thoughts are with the women who have come forward and told their awful stories.

“I’m in shock and deeply saddened by what I have heard on a multitude of levels.

“I could never condone behaviour of this nature neither in nor out of the workplace, and whilst Noel has been a friend and colleague for several years, I cannot stand by and ignore these allegations.

“Sexual harassment, abuse and bullying have no place in our industry. Every woman has the right to a safe workplace and moving forward I pledge my dedication to this.”