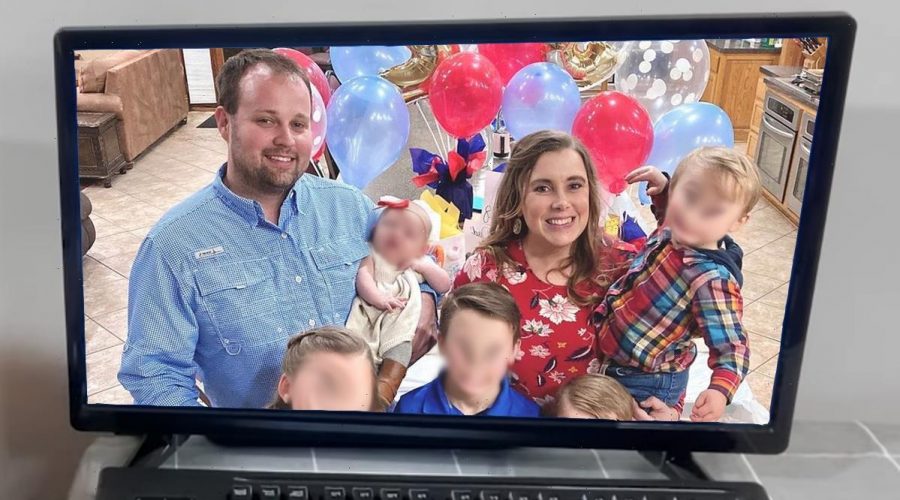 Well, this just got a little more gross.

On Tuesday DailyMail.com published evidence photos taken of the Wholesale Motorcars location where the 19 Kids and Counting alum worked, pics which were presumably shown to the jury who found him guilty of one count each of receiving and possessing child pornography last month.

The first thing that pops out at us about the location? It’s a lot more rundown than we had pictured. The office is cramped, full of beat up, mismatched pieces of furniture, and messy as hell. And no, we aren’t talking about being trashed by the feds. These are pics of the untouched office as it was. Also, we keep saying “office,” but this wasn’t a room in a building full of offices; we’re talking about a tiny 10-foot by 8-foot, almost cabin-like standalone structure. Like a tiny mobile home, only not mobile.

Every surface in the place is covered in junk, clothes, and stickers; it’s just wildly unprofessional. When you put these pics together with the defense’s supposition that the place was being accessed remotely by sophisticated hackers who didn’t leave a trace, well… you can see how the jury didn’t buy it.

That much we knew. The disgusting new revelation from these office photos? The wallpaper on the computer was a photo of Josh and his family. In the photo (NOT the one above), Josh can be seen smiling with his wife Anna Duggar and their five little kids. (Presumably the photo was taken before number six was born — and of course number seven came after his arrest.) That means this POS was looking at a photo of his children, the youngest still a toddler in his mother’s arms, when he would click over to look at disgusting child porn videos. It’s just too much.

We’re just glad to know this creep is in prison and going to stay there a long time. Because if he ever got out, who’s to say his wife — who is still visiting him almost every day — wouldn’t him be around those kids again?