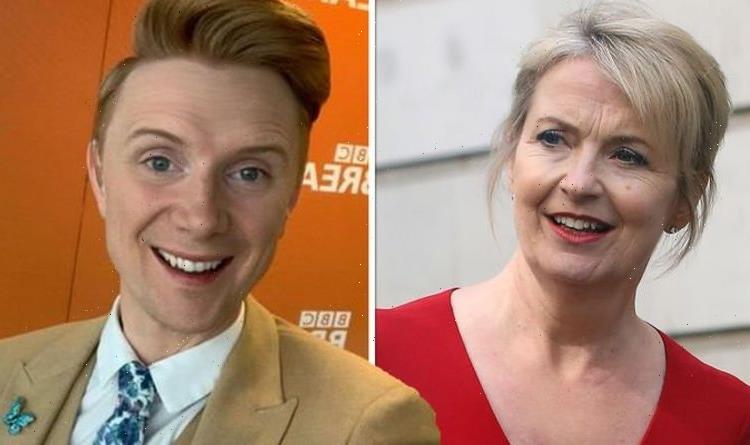 Owain Wyn Evans is a much-beloved weather presenter and journalist known for his appearances on North Wales Tonight, BBC Breakfast and The One Show. The broadcaster opened up to Express.co.uk recently about taking on his breakfast role and his dynamic with Carol Kirkwood.

As many fans of the news show will know, Carol is the main meteorologist on BBC Breakfast.

However, when she’s away on holiday or on her weekend days off, Owain often steps in to cover for her.

The broadcaster, who many will remember for his viral drumming rendition of the BBC tune, first took on this job in February.

He confirmed the news on his Twitter back at the time, tweeting: “I am very excited to say that I’m presenting my first @BBCBreakfast weather tomorrow morning!

Viewers quickly fell in love with him on the morning show but some will have been left wondering what Carol herself thought.

Owain opened up about this to Express.co.uk as he revealed they’ve been friends for many years.

“Carol is the absolute Queen of weather,” he explained.

“I always think that Carol is such a great warm presenter, she’s a fabulous weather presenter.

“And I used to work with her actually because I was a weather producer for BBC Weather down in London.

“I produced the graphics and helped shape the weather story, that sort of thing.

“So I worked really closely with Carol for many, many years.

“And she’s just as warm and lovely as she appears on screen in real life.”

Owain went on to say Carol sent him a touching message when he started taking on cover shifts on BBC Breakfast.

He continued: “When I started doing the weather cover shifts, she sent me a lovely message, just say, ‘All the best, you’ll smash it.’”

“Carol embraces the kind of thing that I think is really important for presenters to do, which is authenticity,” he added.

“You know, she has that thing that money can’t buy.

“And that thing that you can’t really be taught as a presenter, which is this kind of connection with the audience.

“She has that in bucketloads and it’s just a great thing to see.

“And it was a great thing to be part of actually when I used to work with her.”

Fans of Owain will be delighted to know he’ll soon be making an appearance on Celebrity Mastermind when it returns.

As well as this, the host says to expect to see him performing more drum covers on social media and helming weather reports on the BBC.