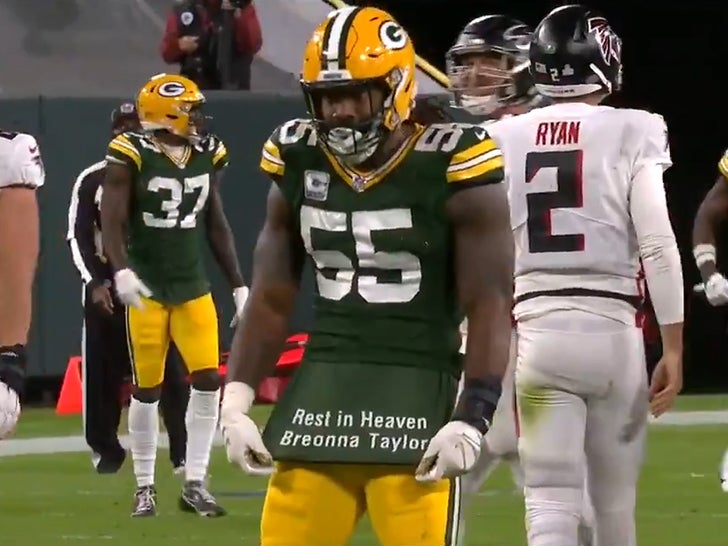 The honor all went down at the end of the first half of the Pack’s “Monday Night Football” 30-16 win over the Atlanta Falcons … when Smith sacked Matt Ryan.

As Za’Darius got up to celebrate at the fan-less Lambeau Field, he ran toward the endzone and pulled out the bottom of his undershirt that read, “Rest In Heaven Breonna Taylor.”

Smith then raised his fist, pumped his arm and headed back with his team to the locker room as the tackle ended the half.

Smith — who finished the night with 3 sacks — was asked about the message after the game … and he said he’s planning similar honors the rest of the way this season.

“It’s going to be something every week for me,” said Za’Darius, who also promised to “do something special for someone” on Tuesday.

It seems like Smith is taking a page from tennis superstar Naomi Osaka, who wore a mask honoring different victims of racial injustice or police violence during every round of the U.S. Open.

As we previously reported, Breonna was killed by gunfire on March 13 after Louisville police officers forced entry into her home while executing a search warrant.

One officer was hit with criminal counts of wanton endangerment stemming from the incident. The other cops involved were ultimately not charged.