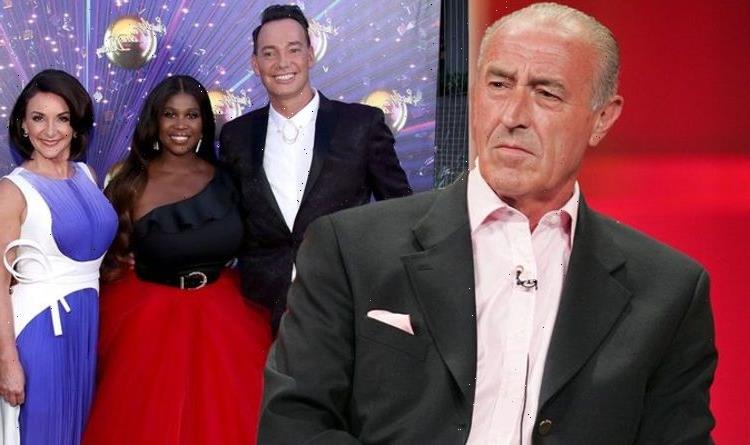 Len Goodman,76, has admitted to Express.co.uk that he is not close with his former Strictly Come Dancing colleagues, as unfortunately his “path has not crossed” any of theirs. The TV judge quit the show four years ago and now spends most of his time stateside where he is working on Strictly’s US counterpart, Dancing With The Stars.

Speaking on whether he catches up with Craig Revel Horwood, Shirley Ballas or Motsi Mabuse, Len revealed: “No, I haven’t. I haven’t. Part of my path hasn’t crossed any of them.

“I played golf the other day with Anton [Du Beke],” who has joined the panel full time this year alongside Craig, Shirley Ballas and Motsi Mabuse.

Opening up on the advice he would give Anton, the ballroom star said: “I don’t want him to start to copy them [the other judges] in any way, I want him to be himself, be honest.

“He is unique because he’s been a dancer on it, he knows the difficulties and the problems.

“As a judge on that show, you have to get your own personality, you have got to find that and I’m not sure they have all got it now, exactly.”

The TV veteran shared how Craig still stands out amongst the judges, as he is not afraid to give contestants a cutting remark or two.

Len continued: “He has got his own views and he is very strong about all that.

“When I was on it, you had Bruno, who was always going on about the performance, you had Darcey, who would talk about fluidity of movement and the posture. Then you had me the old technical fuddy-duddy.

“So you had four very clear people on there who kept to their own opinions,” he added.

In comparison, Len believes the current panel does not have the same individuality.

He continued: “I don’t think you have that anymore, it’s all blended into one, apart from Craig.”

After seven series in 2019, Dame Darcey stepped down from Strictly as a judge to focus on other commitments.

South African dancer Motsi replaced her, and Bruno was unable to fulfil his commitment on the show last year due to flight restrictions between the US and UK.

The Italian star will also miss the upcoming series as international travel restrictions remain in place due to Covid-19.

Bruno said: “Whilst I am gutted to not be on the show this year… Anton IS Mr Strictly and if anybody is filling in for me, it has to be him.”

Anton joined Strictly during its first series and is the only professional dancer to have danced in every series to date.

The 55-year-old shared: “It’s a dream come true to be judging alongside the best of the best and I promise to be kinder to all the couples than any of them have ever been to me.”

Meanwhile, Len has been busy working as a judge on Dancing With The Stars in the US and is also focusing on his charity work, after becoming an ambassador for Remember A Charity Week.

Remember A Charity is a consortium of over 200 charities, which aims to do what no single charity can do alone and make legacy giving a social norm.

Speaking of his involvement with the cause, Len said: “Donating to a charity you care passionately about gives you the opportunity to continue contributing to your community and leave a positive legacy. “