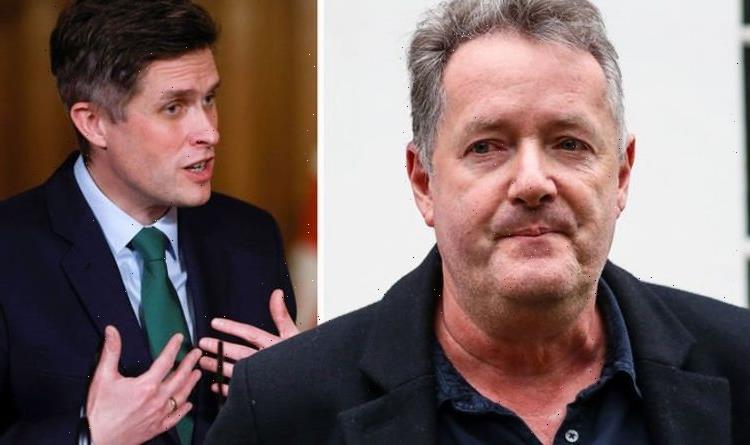 Piers Morgan took aim at Education Secretary Gavin Williams this weekend, after the Conservative MP announced his plans to introduce Latin to the curriculum of state schools. The former Good Morning Britain host said it was a “pointless” initiative which was not likely to benefit students.

The father-of-four, who studied Latin himself at school, said he almost never used the ancient language in his day-to-day life.

Meanwhile, the 45-year-old politician said he hoped the £4million “excellence programme” would end a divide between those who had been in private and state education.

“We know Latin has a reputation as an elitist subject which is only reserved for the privileged few.

“But the subject can bring so many benefits to young people, so I want to put an end to that divide,” the MP said.

“Like so much that comes out of Williamson’s mouth, this is patronising claptrap,” Piers wrote in his latest newspaper column for the Mail On Sunday.

The journalist went on to say that he studied Latin for nine years at both private and state schools but only used it to translate the Arsenal football club motto.

“I can’t think of a single tangible benefit from all those thousands of hours of wasted learning.

“Rather like Williamson himself, this initiative is therefore inexplicably pointless,” he added.

At the moment the subject is only taught at 2.7 per cent of state schools compared to 49 per cent of independent schools.

The programme will be rolled out next year in as many as 40 schools.

“Latin can help pupils with learning modern foreign languages, and bring broader benefits to other subjects, including maths and English,” Gavin said of the programme.

At the weekend, Piers gave an update on his health after previously revealing that he was still suffering from long Covid three weeks after contracting the virus.

He told fans that he had “shocking fatigue” and had still not regained his full sense of taste and smell.

The 56-year-old wine connoisseur was particularly annoyed as it stopped him from enjoying a good bottle of wine, he said.

Two days ago, Piers was finally able to enjoy a hearty steak and a glass of red wine.

Marking the occasion, he wrote on Instagram, “BREAKING NEWS: I can sort of taste this fine Italian wine, and the sumptuous Tomahawk steak (sorry vegans… I mean, I’m sorry you will never enjoy something so delicious).

“Nearly a month in, taste buds and palate are very slowly returning. Covid – screw you.

“And @pino.kensington – thank you. What a fabulous restaurant,” he added, tagging the venue into his post.