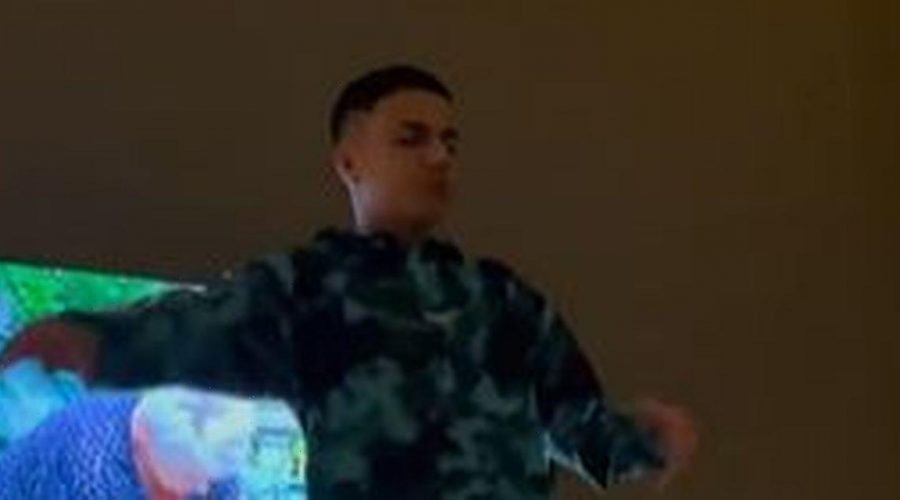 Peter Andre's fans were delighted as he shared a short clip of his son Junior dancing.

The father and son duo were enjoying a night in front of the television when the 16 year old decided to get up and execute his best Michael Jackson moves.

Junior, who recently spoke of "getting rid of all toxicity in your life", was clearly in the zone as he sported a serious facial expression while kicking his leg out before spinning around repeatedly.

Mysterious Girl hitmaker Peter, 48, could be heard laughing in the background of the clip, which he captioned: "Typical night at home…"

Peter's fans couldn't help but point out the likeness between him and Junior, with one person commenting: "He's just like his dad!!! #minime."

Another wrote: "Yesssss J @officialjunior_andre been watching your dad too much", while a third added: "Father like son… Love it."

A fourth wrote: "No idea where he gets those moves from."

Someone else added: "He is a mini-you," while another added: "Absolutely crying, he's so like is dad."

This comes after Junior gave life advice to his fans last week.

Junior, who has been supported by mum Katie Price after signing a record deal with Columbia Records, voiced his opinions on leaving "toxicity" behind him as he took part in an Instagram Q&A with his fans.

When the star asked his followers: "How's everyone's 2022?", one shared: "Not good, got out of a really toxic relationship. Haven't got out of bed, really drained."

Junior then shared his thoughts on their admission with him praising them for making the "best decision" by leaving a "toxic relationship".

"I'm so glad you got out of that," he wrote. "It'll deffo take a while for you to start feeling normal again. Some people need longer than others."

He continued: "But trust me when you feel better, you're going to feel brand new. That's the best decision you could have done.

"Get rid of all toxicity in your life."

Junior signed a deal with Columbia Records over the summer, and since then, he has had much support from his family, including his mum Katie.

While Junior was on holiday in Dubai with his dad Peter at the end of last year, it seemed the star didn't want to waste any chances of working towards his future career.

The youngster was spotted in a recording studio, he was seen posing on producer Ayo Beatz's Instagram stories.