This Morning presenter Phillip Schofield, 58, was pictured looking concerned after he checked out damage made to a black Ford after a tree toppled over in poor weather conditions. The unfortunate event is believed to have happened outside the host’s new home in Chiswick.

Phillip was seen sporting a casual T-shirt, shorts and flip flops while assessing the situation.

In other pictures, he was seen pulling several grimaces amongst concerned neighbours.

Express.co.uk has contacted a representative for Phillip for comment.

Earlier this month, reports claimed the host splurged £2million on a new pad in the London neighbourhood, where his co-star Holly Willoughby lives nearby.

A neighbour said: “There’s quite a few famous people already living around here so Phillip Schofield moving in is not a big deal. 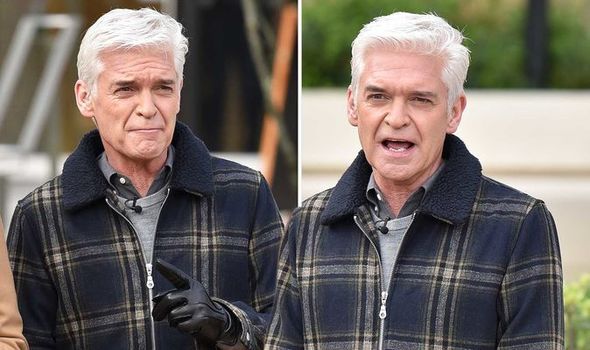 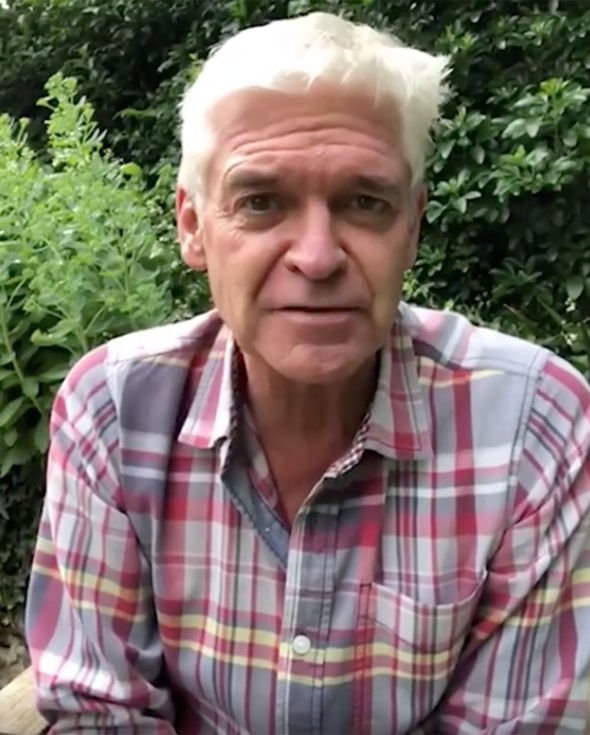 “A lot of people have been talking about it, but nobody bothers him.

“He’s a lovely bloke and I’m sure he’ll enjoy living in our community,” they added to Mail Online.

Back in May, reports claimed he had moved out of his Oxfordshire home, which he shares with his long-term wife Stephanie Lowe and two daughters Ruby and Molly.

Phillip seemingly denied the claim in response to a fan on Instagram.

The presenter shared a picture of his wife and daughters posing for a murder mystery night, in view of his 3.2 million followers. 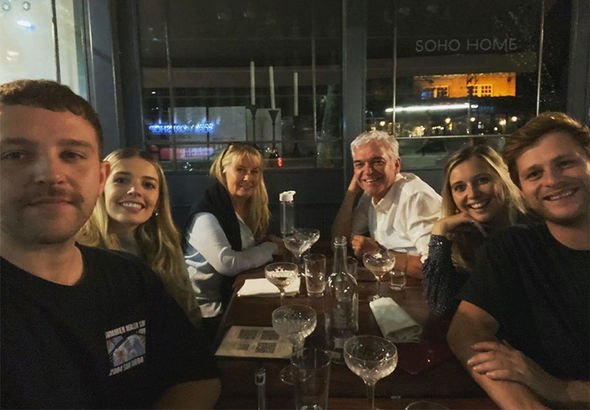 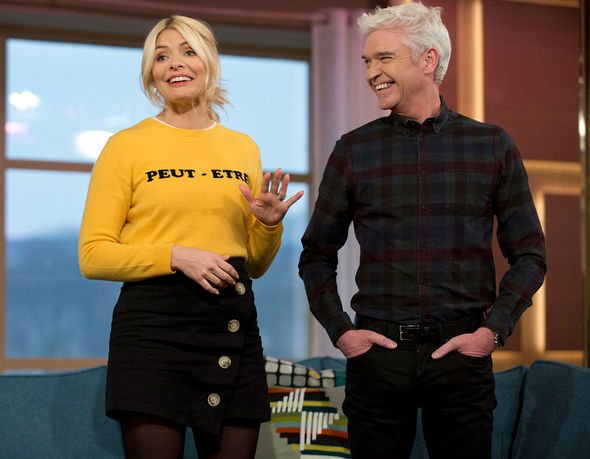 He wrote: “Murder mystery night… we’re all in character and taking it very seriously.”

In reference to lockdown rules at the time, the Instagram user wrote: “So you moved out but you’re allowed to visit your family?

“But I can’t go any visit my children and grandchildren. Just the rich or famous that are allowed, good to know.”

He replied: “Where did you get that I’d moved out… oh yeah, the papers,” followed by a crying laughing emoji.

Phillip came out as gay after 27 years of marriage back in February.

In an emotional post he said he had been “coming to terms with being gay” and said his family had been supporting him.

Most recently, a source told The Sun a divorce “has been mooted, albeit in very loose and casual terms” with wife Steph.

Representatives for Phillip were contacted by Express.co.uk at the time, but received no response.

Following this, the presenter defiantly shared a picture of himself, his wife, daughters and their partners enjoying a meal together.

Phillip was seen beaming for the camera opposite his wife at a table.

The presenter noticeably kept the comments off his post to stop fans sharing their thoughts.