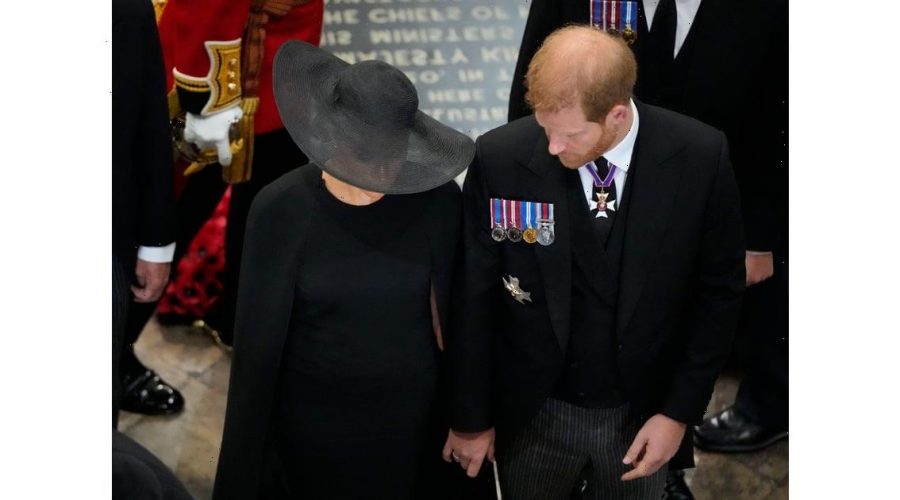 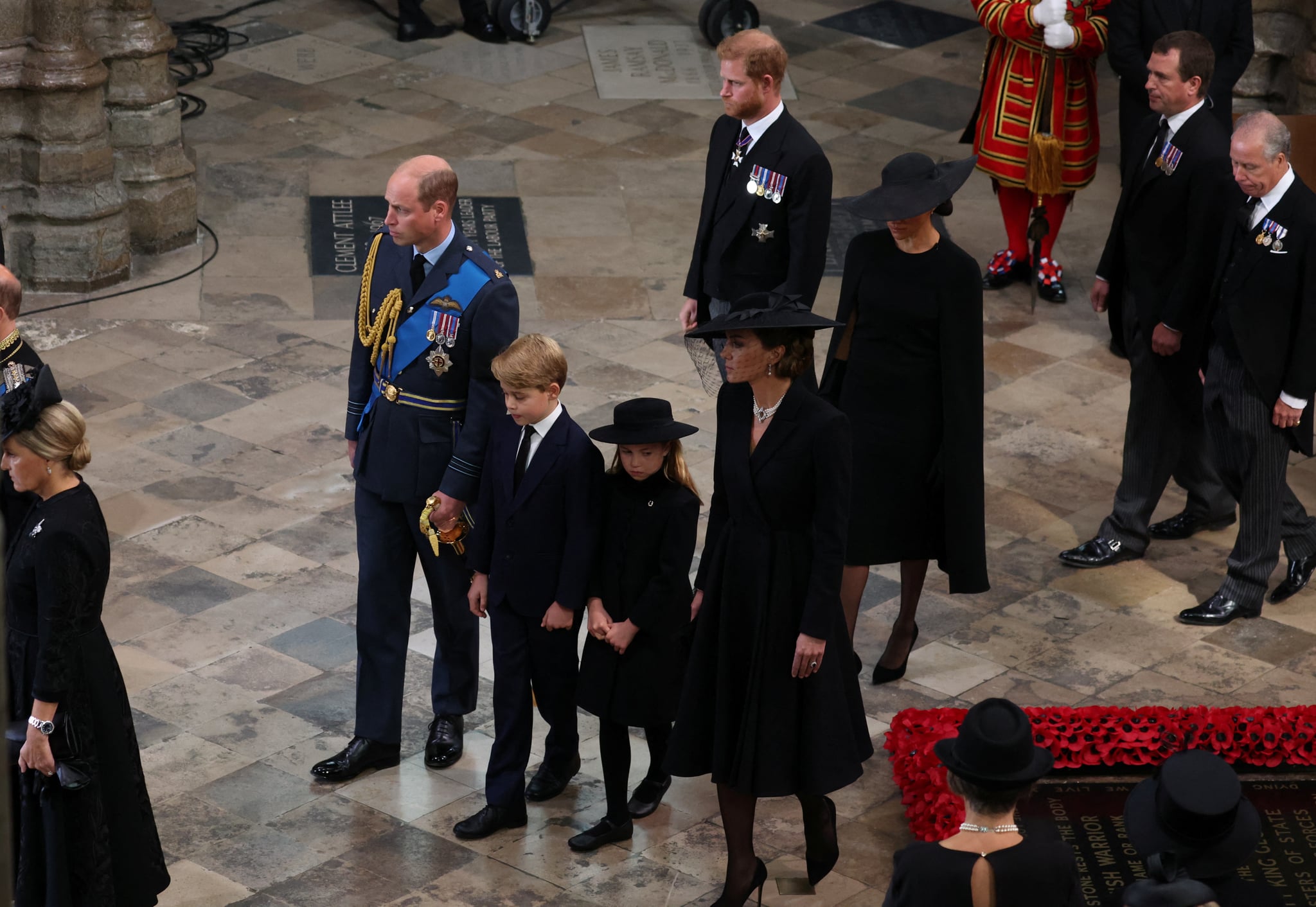 The royal family’s unity continued on Sept. 19, as their late matriarch and the long-ruling monarch Queen Elizabeth II was honored in a state funeral before being laid to rest at Windsor Castle. Prince William and Kate Middleton, the new Prince and Princess of Wales, marched behind the queen’s coffin during a processional at Westminster Abbey. William, the eldest grandchild of the queen, and Kate were joined by his younger brother, Prince Harry and Meghan Markle, the Duke and Duchess of Sussex.

Harry and Meghan had initially publicly reunited with William and Kate at Windsor Castle in the wake of the queen’s death, with the Prince of Wales inviting his brother and sister-in-law to join them in greeting the gathered mourners. The reunion came after Harry and Meghan departed from senior royal duties in 2020. In the years since, the couple — who now live in the US — have been fairly outspoken about their treatment by other members of their family and their decision to leave.

At the funeral, Prince William and Duchess Kate sat front row alongside King Charles III and two of their children, Prince George and Princess Charlotte. Prince Harry (who was not permitted to wear his military uniform this time around) and Duchess Meghan sat in the second row behind King Charles. 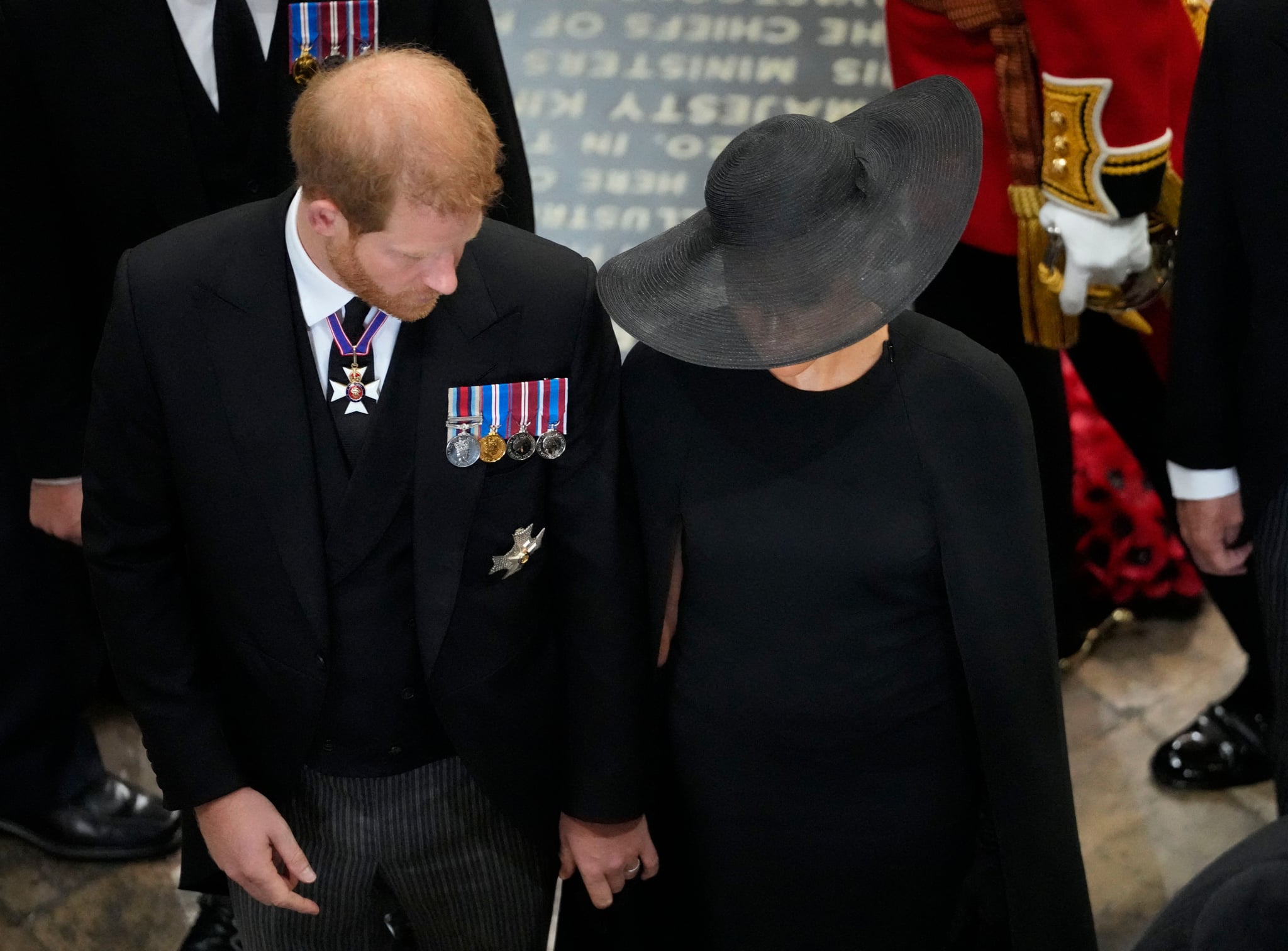 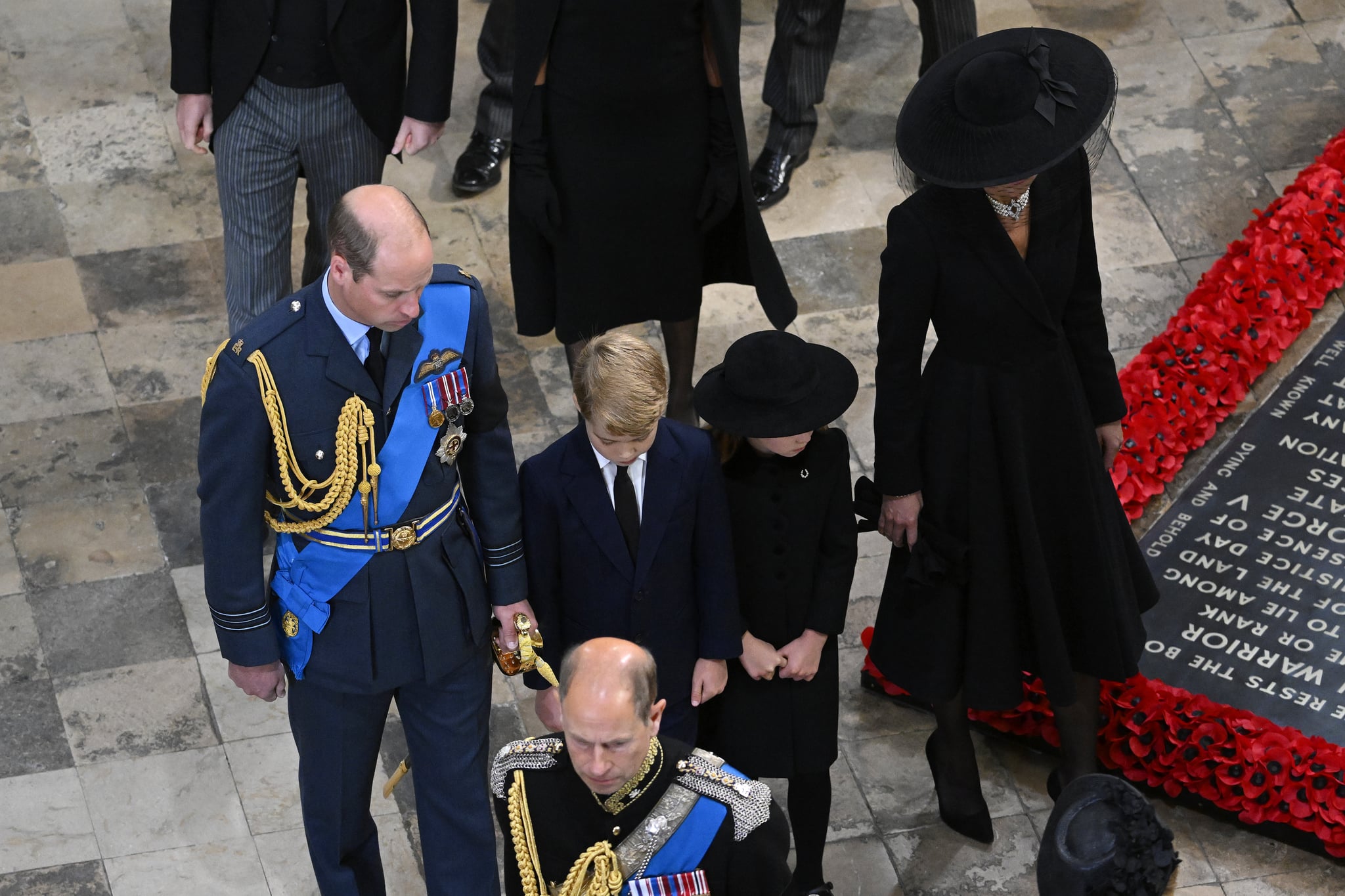 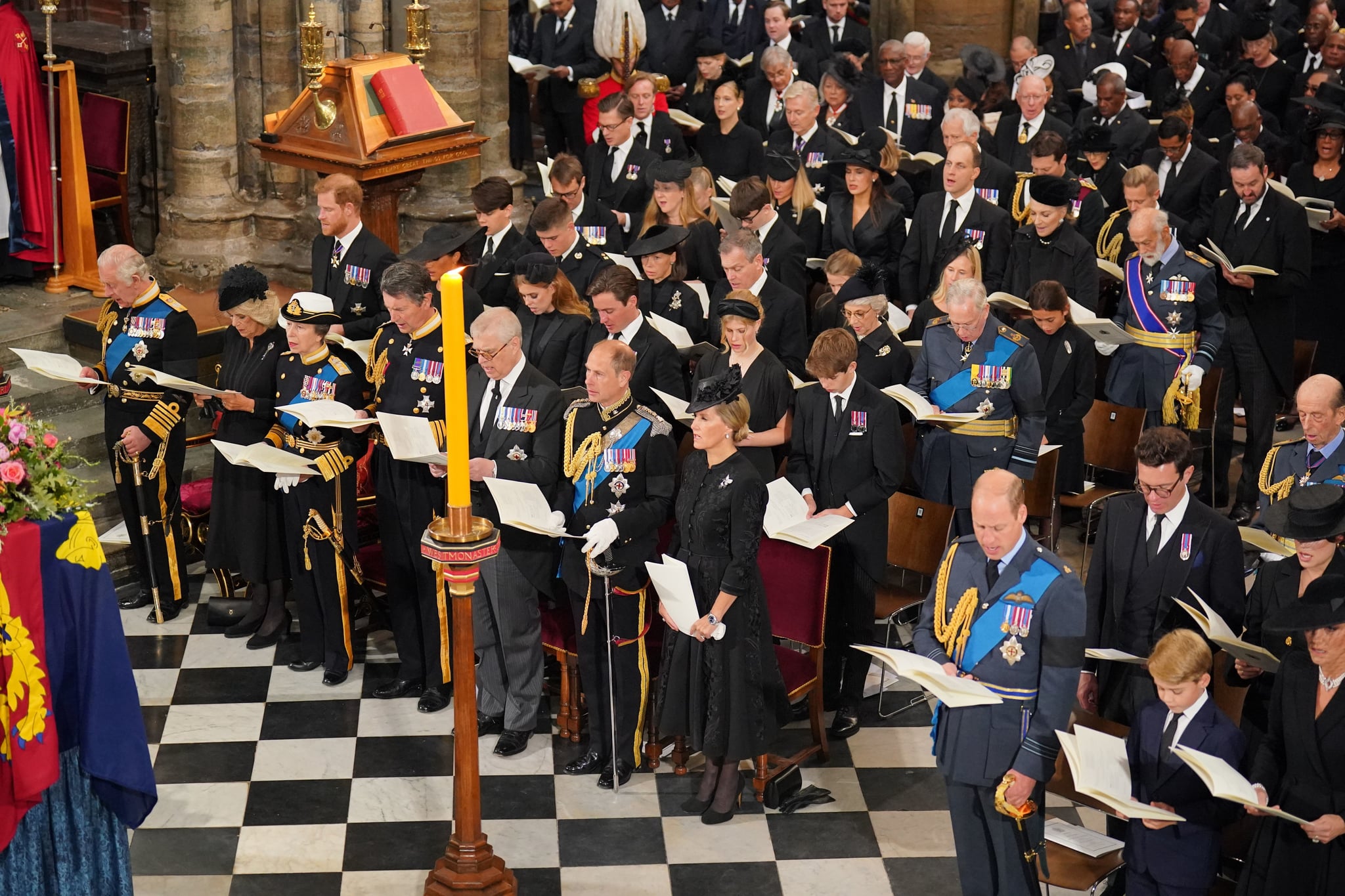 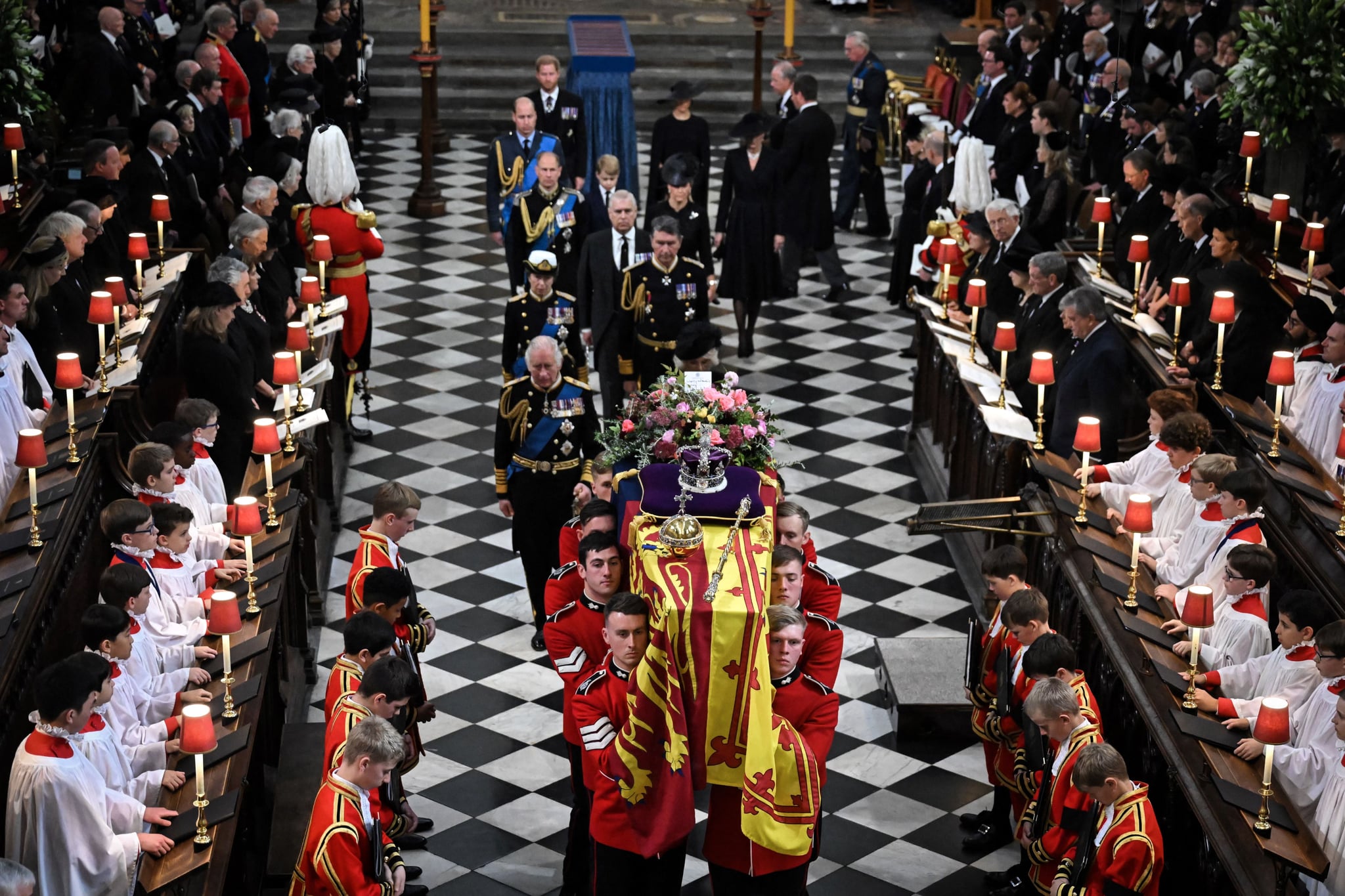 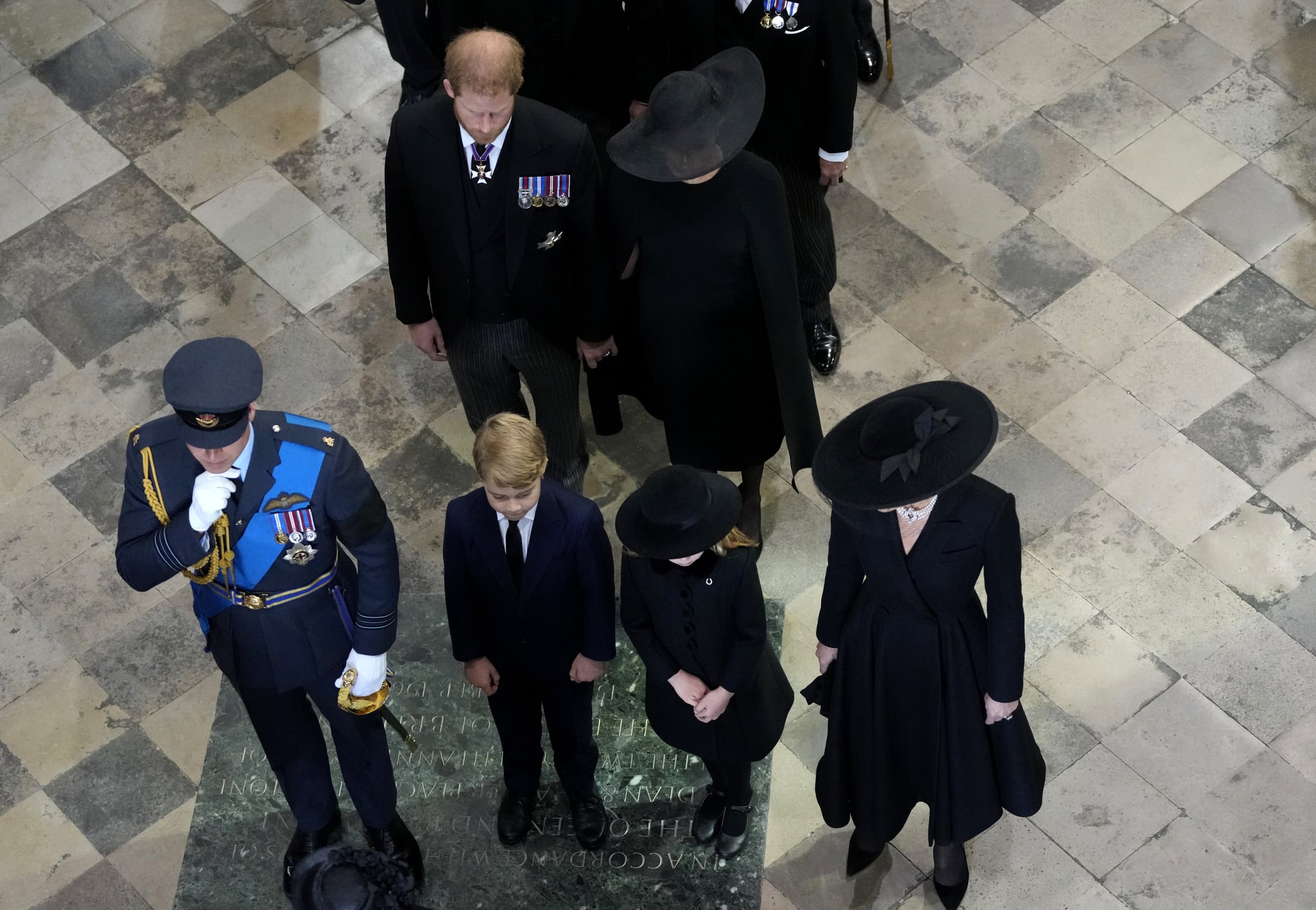 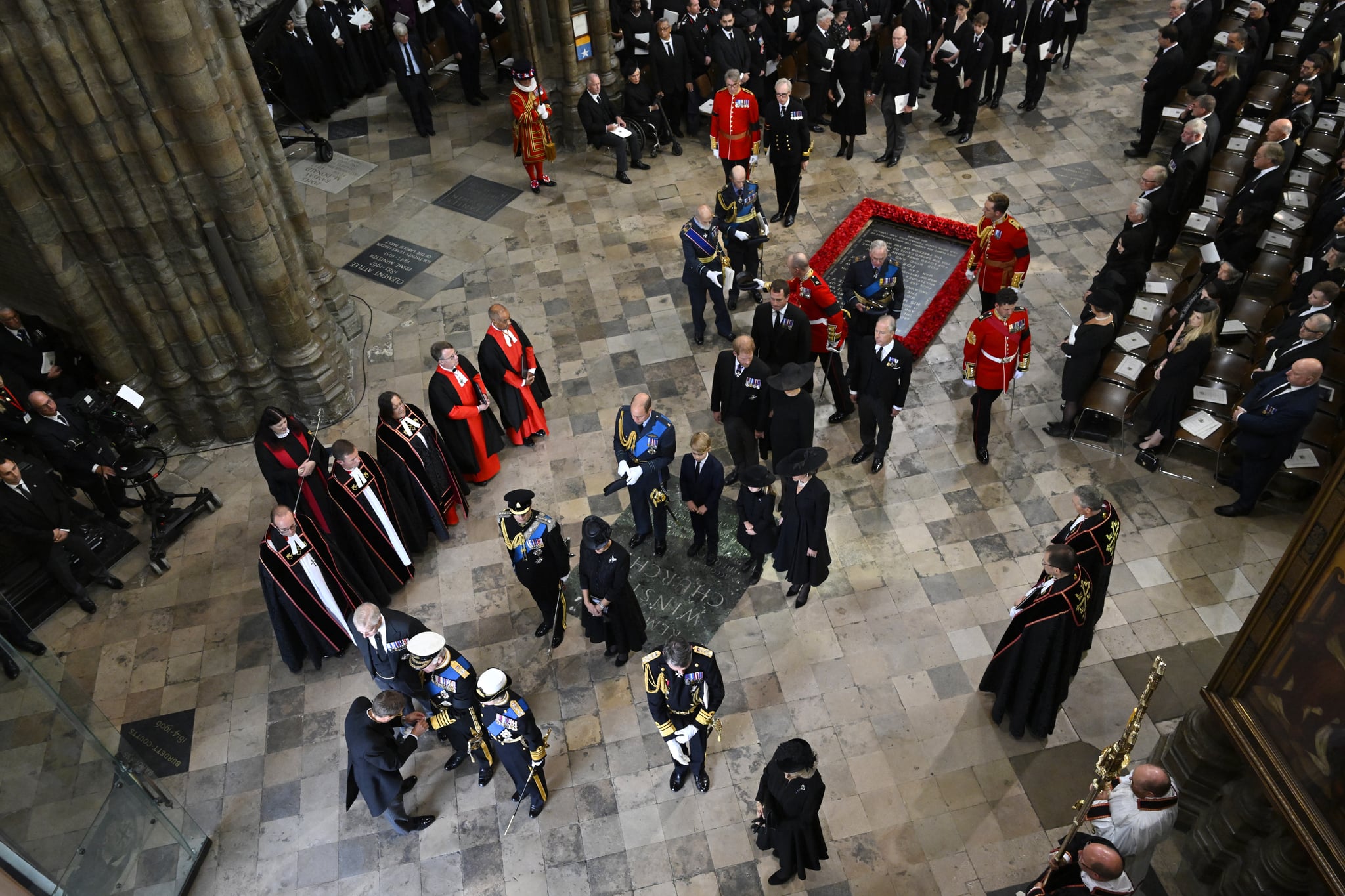