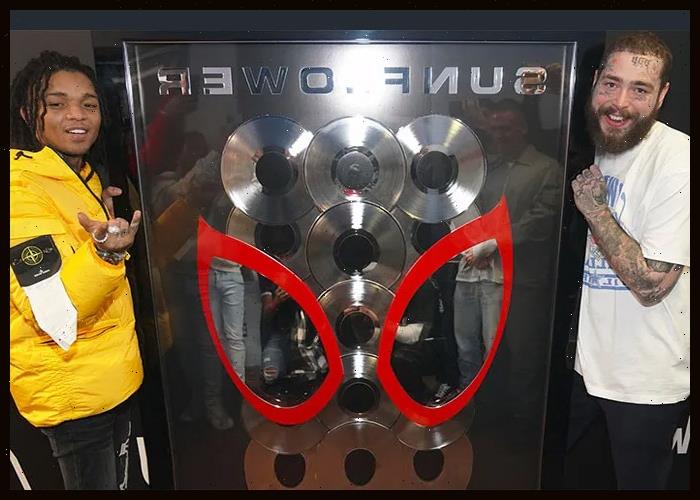 “Sunflower,” which featured on the Spider-Man: Into the Spider-Verse soundrack, has gone 17x-platinum as of this month.

The pair shared a photo on Monday showing off their 17x-platinum award, posing alongside co-producer Louis Bell and co-writer Billy Walsh.

The single, which was released on October 19, 2018, became Malone’s third and Lee’s first song as a soloist to top the Billboard Hot 100 songs chart. Back in February, the track broke the all-time record for the most weeks spent on Billboard‘s Streaming Songs chart, as it ranked at No. 40 on the February 19-dated ranking.

“Sunflower” was nominated for Record of the Year and Best Pop Duo/Group Performance at the 62nd Annual Grammy Awards.