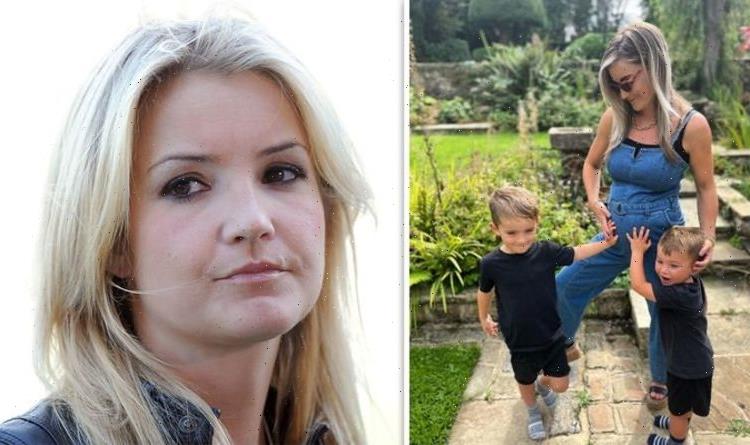 Helen Skelton stuns in denim on Summer On The Farm

Countryfile presenter Helen Skelton, 38, opened up on her hectic week as she posted a sunny clip to her Instagram Story today, sharing it with her 253,000 followers. Already a mother-of-two, Helen has been busy at work while also contending with her third pregnancy in six years.

She wrote: “Broken by a couple big days at work…

“Grateful for the sunshine,” the On The Farm host added, alongside a sun emoji.

She also paired the video with the feel-good song You Make Me Happy by My Sun and Stars.

The star also shared some snaps promoting Channel 5’s This Week on the Farm, where she can be seen with co-presenter Jules Hudson visiting Cannon Hall Farm in Barnsley, South Yorkshire in an episode airing at 8pm this evening.

Helen revealed her baby news last month by sharing a sweet snap, which showed her cradling her growing bump while she posed with her two sons.

The star and her rugby league player husband Richie Myler are already parents to Ernie, six, and Louis, four.

In the picture, Helen was glowing in her stylish denim dungarees, while accessorising with sunglasses.

Both boys, who had their hands pressed against their mum’s tummy, were dressed in adorable matching navy T-shirts and black shorts.

The former Blue Peter presenter has also discussed her due date on Lorraine, revealing that the baby should arrive on New Year’s Eve.

However, she also shared that her husband Richie, 31, was keeping his fingers crossed that their Christmas wouldn’t be cut short, as their previous two children both arrived early.

Helen also revealed that the traumatic birth of her second child had made her third and “final” pregnancy more difficult.

The star gave birth to her son Louis all alone in France, with only her eldest child Ernie for company, as Richie was in England at the time.

In a terrifying turn of events, a team of medical professionals couldn’t make it to her on time, which meant that she had to give birth on the kitchen floor surrounded by firemen.

She told Lorraine: “Nobody wants a load of gorgeous French firemen at their feet while they’re delivering a baby, which is what I had…

“They’d never done that before and were so excited.

“I just said, ‘Get back around my head please’.”

Nevertheless, Helen has proven herself to be one tough cookie, having previously competed in Channel 4’s gruelling Celebrity SAS: Who Dares Wins, where she broke the nose of fellow contestant Nikki Sanderson during a boxing match before reaching the finals.

Last month’s baby news also came shortly after videos emerged of her taking part in the BMW PGA Championship Celebrity Pro-Am on social media, which sparked speculation about her pregnancy before it was confirmed.

Fellow competitor and professional golfer Inci Mehmet wrote: “An absolute god of a woman! @helenskelton learnt the game 6 months ago and now lighting it up at the @bmwpga Pro-Am whilst preggers!!!”

The next episode of This Week on the Farm will air at 8pm tonight on Channel 5.