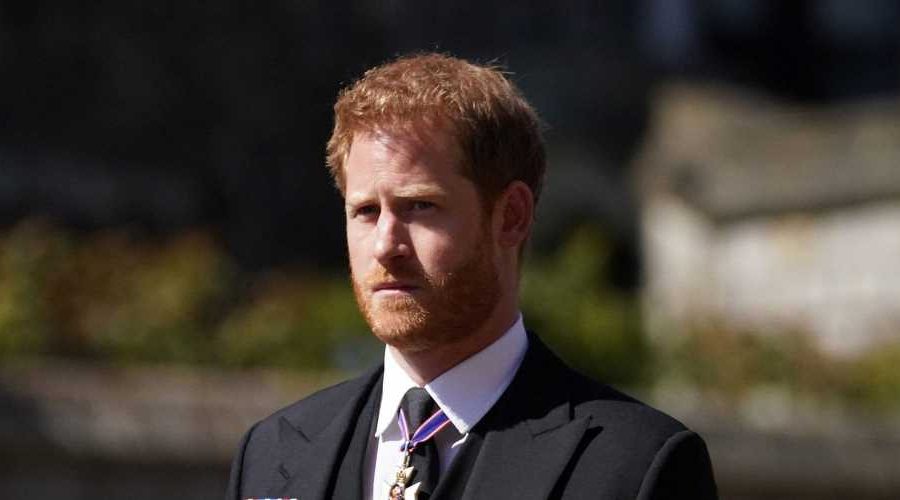 After attending Prince Philip's funeral on Sunday, Prince Harry may stay in the U.K. a little longer than expected, following an alleged two-hour long private reunion with Prince William and Prince Charles.

The Sun reported that Harry and William met up with their father following the funeral, "away from the TV cameras" for two hours at Windsor Castle.

"It is not known what was said behind closed doors and when the cameras were turned off, but it's unfathomable to think Megxit and Oprah did not come up," a source told the outlet. "Harry and William appeared cordial as the cameras rolled and that seemed to pave the way for Charles to join them when everyone had left." As the source notes, no one really knows what went on in a private conversation, nor what Prince Harry's real plans are, but reports indicate he hasn't left the U.K. just yet, and royal commentators are hopeful he'll stay on for a few more days, given that the Queen's 95th birthday is on Wednesday.

"It is thought Harry is keen to spend some time with the Queen, the Prince of Wales, William and his wider family in the coming days, and may remain in the UK for the monarch's 95th birthday on Wednesday, which will be marked privately, before returning to California," the Sunday Times reported.

Still, royal sources also claimed that Harry would fly back to L.A. as soon as possible to be with Meghan Markle, so only time will tell.

Prince Harry reunited with the royal family this weekend for his grandfather's funeral, and was spotted chatting with Prince William and Kate Middleton as they left St. George's Chapel. At one point, Kate went off to speak to Zara Tindall, giving the brothers a moment alone.

19/04/2021 Celebrities Comments Off on Prince Harry Reportedly May Delay His Return to L.A.
Lifestyle