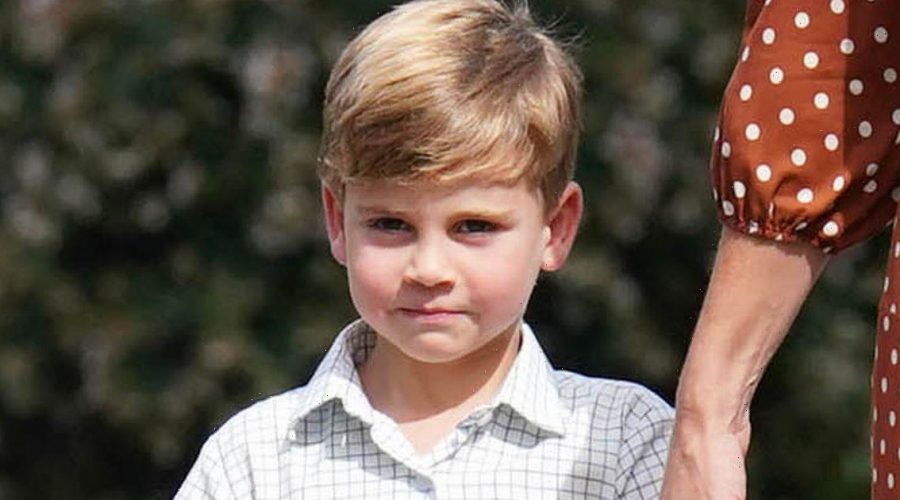 Prince Louisshowed off his cheeky side when he refused to hold dadPrince William’s hand as he was dropped off at his first day of school.

The young royal arrived for his first day at Lambrook School, near Ascot, with his parents in two. Although he was holding just his mother’s hand.

The Duke and Duchess of Cambridge were taking all three of their children to a 'settling in afternoon' at the co-educational private school.

The choice of schoolmarked a departure from tradition for the family , with the majority of royal family members being educated at boarding schools.

The Duchess of Cambridge,Kate Middleton, could be seen smiling and holding both her son’s hands.

While Prince William can be seen holdingPrincess Charlotte's hand on his left side, but he appeared to get rebuffed when trying to hold his youngest son’s hand.

The dad-of-three sticks his right hand out trying to grab the youngster's attention but little Louis seems to be having none of it and proceeds to ignore his father.

After holding out for a few moments, Prince William admits defeat and gently strokes the back of his son's head, only for Louis to quickly shake him off.

The young prince shows no sign of nervousness, towards the cameras or to the imminent start of school, instead breaking out a huge smile for the cameras.

The royals were then greeted by Lambrook’s headmaster Jonathan Perry, who spoke to the children, saying:

“Welcome to Lambrook. It's lovely to have you with us. We're very excited for the year ahead.”

He then shook each of the children’s hands, asking each of them if they were excited, to which all three responded that yes they were.

The outdoorsy prep school has 52 acres of grounds, and rather expensive fees, with the Cambridge’s paying £50,000 a year in total for their three children.

William and Kate are said to have visited the school numerous times before making their decision, and appear to be on good terms with the headmaster and his wife.

The Cambridge’s aren’t the only royal couple breaking with tradition over their children’s schooling.

The Duchess of Sussex, Meghan Markle,has said she “would have a problem” with son Archieattending school in the UK.

Speaking to US magazine The Cut, the former actress said she’d never be able to do school pickup and drop-off without it being a royal photo call “with a press pen of 40 people snapping pictures.”