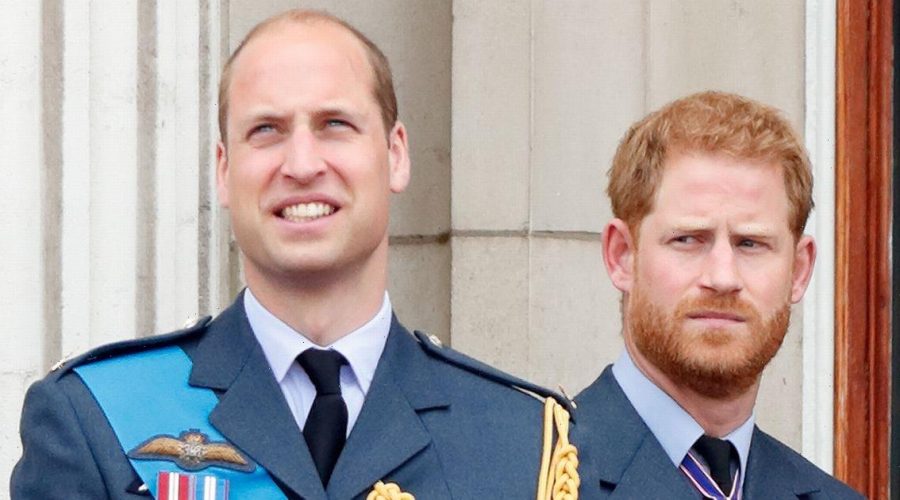 Want the most up-to-date celebrity exclusives sent straight to your inbox every day? Sign up now and join the club!

Prince William and his brother Prince Harry will reportedly stand “shoulder to shoulder” and walk together behind the coffin of their late grandfather Prince Philip at his funeral next week.

The two brothers will reunite for the first time since Prince Harry and Meghan Markle’s explosive interview with Oprah Winfrey last month, in which the Duke of Sussex claimed his older brother was “trapped” within the royal family.

It was confirmed on Saturday that Prince Harry will return to the UK from America for the funeral next Saturday, which will take place in Windsor.

According to a Daily Mail source, tensions have been “high” since Harry and Meghan’s accusations of racism within the royal family, but they are “united in grief” after the death of Prince Philip on Friday.

Harry and William are now expected to walk behind their grandfather’s coffin as part of the royal procession.

Harry will be travelling solo to be part of the congregation, with his pregnant wife Meghan Markle being advised by doctors not to travel.

Whilst the service will be broadcast live, his widow, The Queen has approved his wishes to not have a state funeral, instead opting for a royal ceremonial funeral.

Prince Philip's coffin will be transported to St George's Chapel in a Land Rover which was designed with his help.

Members of the Royal Marines and air stations close to the Prince will be selected as pall bearers, with the coffin emerging from the state entrance of Windsor Castle at 2:40pm.

Those in the quadrangle will then be able to pay their respects, whilst members of the public are being asked to stay away due to the ongoing coronavirus restrictions.

According to ITV: "The duke's body will then be transported five minutes later to the West Steps via a procession which will take eight minutes, while the Curfew Tower bell tolls.

"The band of the Grenadier Guards and military chiefs will accompany the procession, to reflect the duke's close relationship with the services. "Upon being received at the steps, Royal Marines will take the coffin from the Land Rover and carry it up the steps, backed by Household Cavalry pipers, pausing for a national minute’s silence at 3pm.

"Only the Royal Family and the duke’s private secretary will attend the ceremony inside the chapel, leaving others within the grounds to disperse in silence."