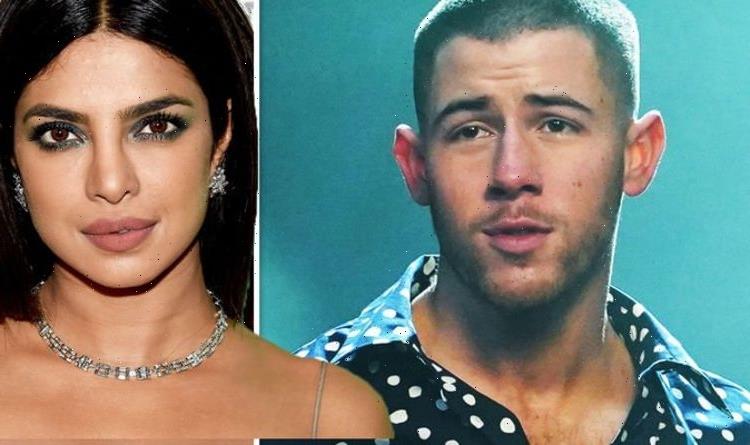 Actress and model Priyanka Chopra had sparked split rumours from her husband Nick Jonas after dropping his surname from her social media accounts. Following concern from fans, Bollywood actress Priyanka, 39, was quick to put any fears about the state of her relationship to rest with a cheeky comment on a recent post of her musician husband’s.

I just died in your arms

Yesterday saw Nick post a black and white clip of himself pumping iron in a gym.

Wearing a black tank top, the musician showed off his impressive muscles as he performed a series of bicep curls while checking himself out in the mirror.

“Monday motivation. Let’s get it,” he captioned the clip.

The video left his 31.7 million fans stunned by his incredible physique, but it was his wife who appreciated his muscular form the most.

She wrote: “Damn! I just died in your arms…” alongside a face with heart eyes emoji.

Priyanka’s mother Madhu Chopra was also quick to deny rumours that her daughter and the former Disney star had split.

The move comes days after the couple celebrated their first Diwali in their new home.

Priyanka posted a loved-up snap of herself and Nick dressed in stunning attire while she displayed their lavishly decorated home.

Throwing an impressive bash at hers and Nick’s house, Priyanka welcomed the likes of actress Mindy Kaling, and singer John Legend and his wife Chrissy Teigen to celebrate the festivities.

Penning an emotional post, the star gushed over the celebration.

Priyanka wrote: “Our first diwali in our first home together.

“This one will always be special.

“Thank you to everyone who worked so hard to make this evening so special. You’re my angels,” she added.

“To everyone who honoured our home and my culture by not only dressing the part but dancing the night away, you made me feel like I was back home.”

The actress went on to write an emotional thank you to her husband of three years.

“And to the best husband and partner @nickjonas, you are what dreams are made of. I love you. My heart is so grateful and full,” Priyanka wrote.