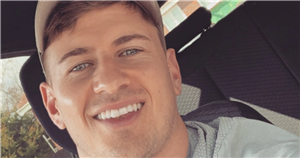 Love Island is looking to shake things up as the anticipated Casa Amor segment of the show draws near, with it now being revealed that professional race car driver Jack Barlow will be among the new contestants entering the villa.

The 26 year old will be arriving in the upcoming Casa Amor segment of the show that splits the boys from the girls as a number of new arrivals come in to try and form relationships with the main cast in a bid to move into the main villa.

A source speaking to The Sun said: "Jack is gorgeous and successful, so he’s bound to set pulses racing and irritate the other lads. Bosses are confident he will shake things up and be a hit with the girls."

Jack is sure to impress with his career that sees him travelling the world to drive expensive cars.

Formerly racing in the Formula 4 Championship for MBM Motorsport, Jack also used to be a successful kart racer.

While couples are beginning to lock into more serious relationships, Jack’s options of single women will be lower but after last night's explosive ending causing a possible rift between islanders, more divides could open up as people choose sides.

New girl Georgia Townend was dumped from the island after Hugo made it clear he didn’t have a romantic interest.

Hugo made a point to speak to Georgia before the recoupling, saying: "For me I have to be completely honest with you, from that first chat I didn't get that spark."

With Georgia responding: "To be honest Hugo, I had worked that out in my head already."

Hugo went on to couple with Chloe Burrows, causing a cliffhanger as Chloe’s ex Toby was called out for his behaviour towards her by Hugo.

Host Laura Whitmore spoke about the upcoming segment in anticipation, saying: “Casa Amor hasn’t happened yet, and that throws a massive spanner in the works, it’ll all change.

“I will be there when s**t hits the fan. It is spicy, and we’re not even halfway.

"This happens every year. And once we get to the halfway mark… Casa Amor. I tells ya. We’re saving the extra chilli for then.”

For all your juicy updates on all things Love Island, sign up to our Factor 50 newsletter.

Love Island continues on Thursday night at 9pm on ITV2 and ITV Hub. Episodes are available the following morning on BritBox.