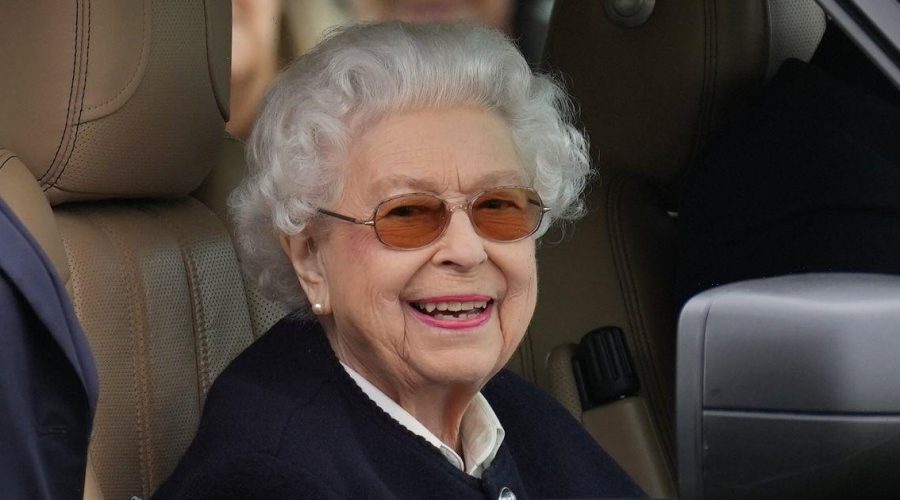 The Queen has been spotted making her way to The Royal Windsor Horse Show in Home Park, Windsor Castle, after missing the first day.

The monarch was pictured beaming on 13 May as she sat in the front seat of a car with a pair of sunglasses to shield her eyes.

Smiling for the cameras, the Queen, 96, donned a black jumper with a white shirt underneath alongside a pair of pearl earrings for the outing.

She wore a hint of make up, too, as she had some pink blush with a bright pink lipstick on.

Thursday was the start of the show, which the Queen missed for the first time in 79 years. The annual event lasts four days, which features competitions in three equestrian disciplines. It is the UK's largest outdoor horse show.

She was due to arrive but cancelled at the last minute, with reports claiming she instead made a private visit to the Royal Mews to see her horses. The monarch has 14 horses competing in a variety of events this year.

It's the first time Her Majesty, 96, has been been seen for a public outing since 29 March for her late husband Prince Philip's memorial in Westminster Abbey.

On Tuesday, Her Majesty missed the State Opening of Parliament for only the third time in her reign.

Prince Charles represented the Queen this year, with Prince WIlliam also in attendance.

On Monday 9 May, a Buckingham Palace spokesperson said: “The Queen continues to experience episodic mobility problems, and in consultation with her doctors has reluctantly decided that she will not attend the State Opening of Parliament tomorrow.

"At Her Majesty’s request, and with the agreement of the relevant authorities, The Prince of Wales will read The Queen’s speech on Her Majesty’s behalf, with The Duke of Cambridge also in attendance."

Check out all the latest hot topics on OK! magazine’s news section and discover exclusive celebrity news about your favourite soap actors and reality stars.

We're also on Facebook.com/okmagazineuk – for the latest online celebrity news, features, galleries and videos throughout the day from your favourite site.