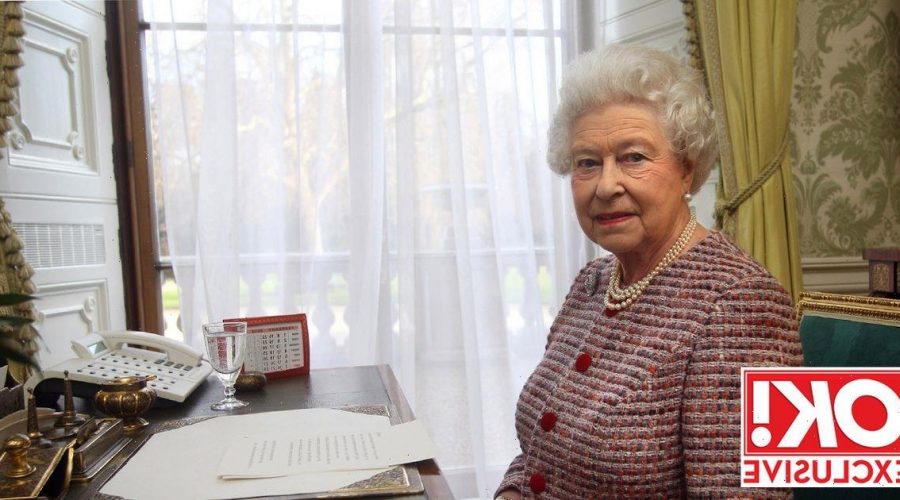 Filled with priceless heirlooms and with centuries of Royal history, The Queen's seven official residences are in no way ordinary homes.

And that is reflected in the number of staff it takes to run them – with more than 1,000 on the payroll.

There are over 800 staff at Buckingham Palace alone, while Balmoral has 50 full-time staff and 150 casual workers, including farmers, foresters, gardeners and gamekeepers. A similar number are employed at Sandringham, while Windsor Castle has 150 full-time live-in staff.

Alongside the essential cleaners, cooks and office staff, and the more well-known footmen and ladies-in-waiting, there are some unusual occupations. Certain staff keep things ticking over, quite literally – the Queen employs a full-time clock maker and two “horological observers” who make sure the palace’s 350 timepieces are correct, otherwise one could be late for a very important date. There is also a Windsor Castle “horological conservator”, Robert Ball, who has a particularly hectic day at work twice a year. “The two clock change weekends are the busiest time of year for us, as we take on the challenge of adjusting hundreds of clocks over two days,” he has said.

There’s also a family of fendersmiths, whose niche job is to clean and repair the metal fenders behind fireplaces, and a flag sergeant, who is tasked with making sure all the flags flown are shipshape. The Royal Standard is raised and lowered with military precision the second the Queen is on or off the premises. Secrets Of The Royal Residences

This special collector's edition of OK! looks inside the hidden tunnels at Buckingham Palace, the spectacular gardens at Highgrove, the Cambridges' town and country retreats and the cosy Welsh bolthole loved by Charles and Camilla.

It explores exactly what it takes to run a royal household, with experts and former staff revealing how they prepare to host state dinners and celebrations.

Plus, discover the history and hauntings of the residences and how you can holiday on the royal estate.

You can purchase the special edition magazinehere for £4.99.

Some members of the royal household are always based in one home, while others travel wherever the Queen goes. “Some staff are permanent in the different homes but it would be mad to have, say, Balmoral, fully staffed all the time. A lot of the staff are moveable, and they will go ahead and prepare ahead of the Queen’s arrival,” says royal expert Ingrid Seward.

Many of them move around for official residences – Easter Court at Windsor, Summer Court in Balmoral, Christmas at Sandringham – but costs are kept down on other occasions.

“The Queen will stay at Wood Farm in Sandringham and Craigowan Cottage at Balmoral. I don’t think it’s for any romantic reason, rather because it’s easier and more convenient,” says Ingrid. “You don’t necessarily want to open up a big house and heat it and have a whole team there.”

The Queen’s most crucial staff include her top lady-in-waiting Lady Susan Hussey, who doesn’t really count as staff as her role is unsalaried and aristocratic women who don’t need the money do the job for the kudos. Lady Susan, whose official title is Woman of the Bedchamber, is basically Her Majesty’s best friend, who just happens to serve her – she is Prince William’s godmother and was in the car with the Queen on the journey to St George’s Chapel for Prince Philip’s funeral. Do you love celebrities, fashion, home interiors and beauty? Then do not waste another minute of your time and sign up to our daily newsletter, where you will receive all that – and more – straight to your inbox at 5pm every day.

From exclusive at home tours, cleaning hacks, the latest in beauty trends – and of course, all the latest celebrity gossip, look no further.

Pop your email address in the box at the top of this article, and et voila! Enjoy

Keep up-to-date with all the very latest celebrity, health, beauty, parenting and entertainment news with the OK! app

Only select news that interests you by picking the topics you want to display on the app's homepage.

Go behind the scenes on your favourite OK! shoots, take a look inside your favourite star's homes and be introduced to their new babies before anyone else!

Another important member of staff is Angela Kelly, her dresser, whose official title (deep breath) is Personal Assistant, Adviser and Curator to Her Majesty the Queen (Jewellery, Insignias and Wardrobe). “Angela is responsible for the work room at Buckingham Palace which includes a seamstress, embroiderer, milliner and a team of assistant dressers,” says Ingrid. “Miss Kelly’s assistants log everything the Queen wears, including shoes, jewellery, bags and hats, into a daily diary. They’re historical documents that will be stored in the royal archives.”

A key role in running the residences is that of the Queen’s Master of the Household, Vice Admiral Sir Tony Johnstone-Burt. He and his team handle all things entertaining and housekeeping and include everyone from upholsterers to florists to the footmen. The footmen train for three years, covering everything from cellar to pantry to valet training before they are issued their Footman’s Certificate.

Another crucial person is the Crown Equerry Colonel Toby Browne. In charge of The Royal Mews, he heads up a team including coachmen, chauffeurs, stud grooms and carriage cleaners.

At Windsor Castle, the Queen employs 33 kitchen staff made up of 20 chefs and sous chefs, three pastry chefs and 10 porters. There is a full-time wine butler and a palace steward – among their tasks is to measure the place settings with a ruler before a meal.

The royal dinner plate is a thing of precision. “Every piece of food is cut the same size, each sautéed potato will be of equal thickness and diameter,” Ingrid explains. “Even the folded napkins are folded in a number of different ways. The pantry staff can make them into flowers, hats, even shoes in which to sit an avocado.”

And the number of people from different departments all doing their bit in setting up a dinner table is quite something – staff from the silver pantry and the china pantry do their part, while the team in the coffee room serve the coffee at the end of the meal.

Staffing at the Cambridges’ residences is an altogether less formal affair and, should you ever get a job there, you won’t be addressed by your surname in classic “Jeeves” style. William is said to be on first-name terms with all his employees – of which there are far fewer than when he was a child in Kensington Palace.

Their core trusted staff include Norland-trained royal nanny Maria Teresa Turrion Borrallo, who works full-time caring for the children, and their housekeeper Antonella Fresolone. The duchess shunned the offer of a dresser (because surely one’s shopping trips to Zara are one of life’s pleasures), but she does have a trusty stylist, Natasha Archer.

How to stand out for a job in a royal household

To make sure you’re fit for royalty, there’s a curious test to pass – and it involves a dead fly. Head of recruitment Tracey Waterman has explained how she assesses applicants by “bringing them to the fireplace”. “If the fly is spotted by the candidate, the next part of the test is to see how they deal with the dead insect,” she says. “Out of 10, half will notice the fly. One out of 10 will actually bend down and pick it up – that’s the special housekeeper.” Footmen wear the iconic state livery on important occasions – red breeches, scarlet jackets and pink stockings, no less – but in the day to day, they wear black trousers and tailcoats with scarlet waistcoats, while the higher-ranking pages have dark blue coats with velvet collars.

Other domestic staff wear black too. “Housemaids who wear black dresses bearing the EIIR cipher look after female guests. Men are in the care of tail-coated footmen,” says Ingrid of when the Queen is entertaining at her homes.

“Balmoral has dozens of staff to look after the family, senior members of the Queen’s household and her guests, Sandringham has fewer.”

Considering how highly protected the royals are, there have been a fair few security lapses over the years. Last Christmas at Windsor Castle, a man with a crossbow broke into the gardens using a rope ladder, while in 2019 an unarmed man climbed the fences of Buckingham Palace in the wee small hours and walked towards the Queen’s apartments. The most famous security breach of all was in 1982 when Michael Fagan broke into the palace – not once, but twice – and managed to get into the Queen’s bedroom.

The palace and the castle are guarded by the Royalty and Diplomatic Protection Department of the Metropolitan Police, backed up by the Foot Guards of the Household Division. In an emergency, hundreds of soldiers and light tanks of the Household Cavalry would respond swiftly.

What it's really like to work and live in a palace

The staff at Buckingham Palace have their own subsidised canteen set up in one of the drawing rooms, and next door is a room used for occasions such as quiz nights (an insider described it as having round tables and carpets reminiscent of a Wetherspoon’s pub).

Darren McGrady, a former live-in chef at Buckingham Palace and Kensington Palace, has said it was like living in a hotel, with a free cooked breakfast, three-course lunch, afternoon tea, and dinner every day. “Each floor had its own cleaning lady that would come in and make the beds, change the towels, give you soap,” he described. “You can see why people stayed there for 30 years or more, because you were given everything you needed. What you were paid was just pocket money.” And if you wondered how up close and personal the staff get with royalty, the answer is “very”. “Within my first day I had already met the Queen,” said a former footman in an interview with Silver Service, an agency that recruits staff for royal households. “One day you could be looking after military uniforms, the next wearing pink tights and walking alongside the Queen’s golden carriage,” he said. “You might end up working just 10 minutes at 3pm, but that was the nature of the job. Many times, I’d get into uniform just to go meet a beautician coming from Harrods because Prince Andrew was getting his nails clipped. I’d have to get into uniform, wait at the side door, take the poor woman, who was shaking like a leaf because she was going to meet a royal, then I’d have to wait for her to clip his nails and escort her out again.” Content taken from Secrets Of The Royal Residences, a special Royal edition of OK! magazine on sale here for £4.99.

For all the latest royal news, sign up to OK!'s Royal newsletter.