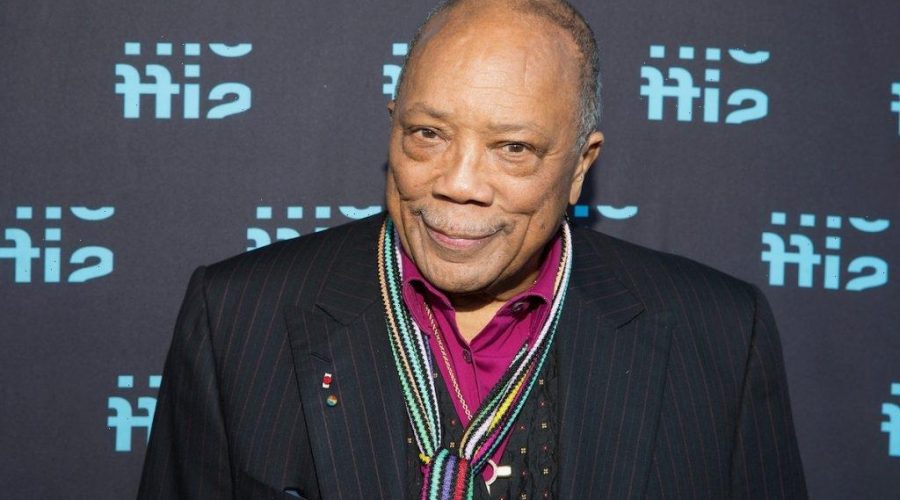 Music and race have a long history in this country, and Elvis Presley, who is still recognized as the King of Rock and Roll, stands at the center of that. Presley was known for his baby blue eyes, his bedazzled suits, and music. He is also remembered for the way he crooned into the microphone and swayed his hips back and forth. He certainly had a sexual edge to his performances that hadn’t been seen in mainstream media before.

His sound and style of performances had roots in Black music, namely blues and rock and roll. Over the course of his career and in the many years since his death, Presley has been accused of stealing from Black artists. There has also been talk that the “Blue Suede Shoes” artist was prejudice.

Now, Quincy Jones, one of the most prolific producers of all time, has flat out called Presley racist.

However, it was later revealed that Presley stole one of his biggest hits “Hound Dog” from vocalist Big Mama Thornton.

In the 1950s a rumor also swirled that Presley said, “The only thing Negroes can do for me is buy my records and shine my shoes.” This quote further vilified him in the Black community. However, according to the musician, that was not something he’d ever say.

Jet magazine’s associate editor Louie Robinson tried tracing the actual origins of the quote at the time and failed. “I never said anything like that,” Presely said at the time. “And people who know me know I wouldn’t have said it.”

James Brown and Sammy Davis Jr. who were close to Presley also defended him. “I have a respect for Elvis and my friendship,” Davis told Jet in 1958. “Early on somebody told me that Elvis was black. And I said ‘No, he’s white but he’s down-home.’ And that is what it’s all about. Not being black or white it’s being ‘down-home’ and which part of down-home you come from.”

Brown included a quote about Presley in one of his books. “I wasn’t just a fan, I was his brother,” he wrote. “He said I was good and I said he was good; we never argued about that. Elvis was a hard worker, dedicated, and God loved him … I love him and hope to see him in heaven. There’ll never be another like that soul brother.”

Still that hasn’t stopped rumors about Presley’s racisim from persisting. Jones just explained a personal encounter with the Jailhouse Rock star that left a sour taste in his mouth.

“No. I wouldn’t work with him,” Jones told The Hollywood Reporter. “I was writing for [orchestra leader] Tommy Dorsey, oh God, back then in the ’50s. And Elvis came in, and Tommy said, ‘I don’t want to play with him.’ He was a racist mother — I’m going to shut up now. But every time I saw Elvis, he was being coached by [“Don’t Be Cruel” songwriter] Otis Blackwell, telling him how to sing.”