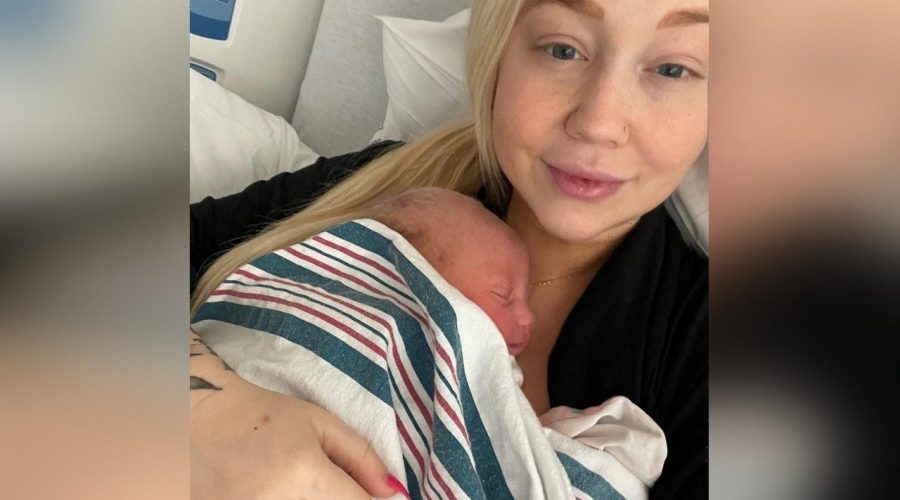 The ‘God Made Girls’ singer officially becomes a mother as she gave birth to her first child, a bouncing baby girl, with husband Josh Davis, after five years of marriage.

AceShowbiz -Country star RaeLynn is a first-time mum after giving birth to a daughter, named Daisy, on Wednesday (08Sep21).

The singer took to her social media pages on Thursday to break the baby news, posting a shot of her husband, Josh Davis, cradling the newborn.

“These two are my world,” she captioned the sweet picture.

Josh also shared photos of the new mum and her little girl.

“Babies are truly a gift. So thankful for our little blonde miracle,” RaeLynn added, revealing Daisy weighed in at seven pounds and seven ounces when she made her arrival on Wednesday afternoon at 4.07pm.

The singer shared her pregnancy news on her birthday in May, and revealed she was expecting a daughter in September.

“Every year is special in its own way, but what’s going to make my 27th year so special is that I get to be a momma to a beautiful baby girl… it’s the best birthday present!” she gushed.

Days later, she celebrated her last Mother’s Day before becoming a new mum by releasing a song inspired by her unborn child.

“Wrote this when BB girl was 8 weeks in my belly (sic),” the “God Made Girls” singer said in a caption, alongside a video showing behind-the-scenes footage from her pregnancy announcement photoshoot. “Happy Mother’s Day to all the moms and expecting moms.”

The song detailed the first moments when the singer realised she was pregnant.