Iggy Azalea has opened up about her post-baby body.

The Australian rapper, 30, revealed that she "can't stop dropping weight" since welcoming her son, Oynx, five months ago.

"Any other moms who can’t stop dropping weight after having a baby? (Not a brag, genuinely wanna hear if you had this happen)," Azalea (whose real name is Amethyst Amelia Kelly) asked on Twitter.

"I don’t try/want to lose weight but it’s literally just shedding off me, is it hormonal? Should I be concerned? 20lbs lighter than pre baby and counting," she added.

The "Work" hitmaker previously told a Twitter user how she stayed healthy during her first pregnancy. She replied, “It was realllly hard I can’t lie. but I ate ‘clean’ the entire time, no cheating. as hard as it was mentally to not indulge in weird cravings, I knew I’d be glad afterwards…”

Azalea started dating fellow rapper Playboi Carti, whose real name is Jordan Terrell Carter, in 2018 but they recently broke up. The "Fancy" entertainer said on social media she was raising her son as a single mother. 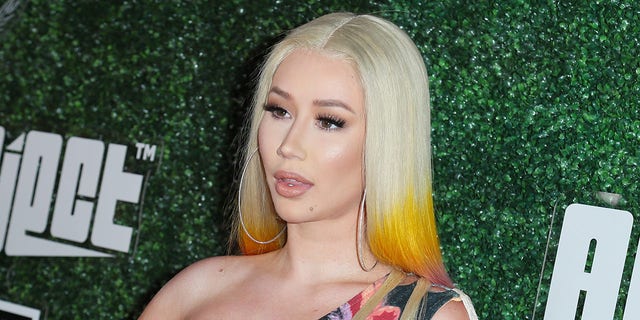 "I'm raising my son alone and I'm not in a relationship," she wrote on her Instagram Stories in October. "People take loyalty for granted and that's why I'd rather be alone."

IGGY AZALEA REVEALS SHE'S A MOM: 'I LOVE HIM BEYOND WORDS'

Azalea previously confirmed on Instagram in June that she gave birth to a boy.

"I have a son. I kept waiting for the right time to say something but it feels like the more time passes the more I realise I’m always going to feel anxious to share news that giant with the world. I want to keep his life private but wanted to make it clear he is not a secret and I love him beyond words."