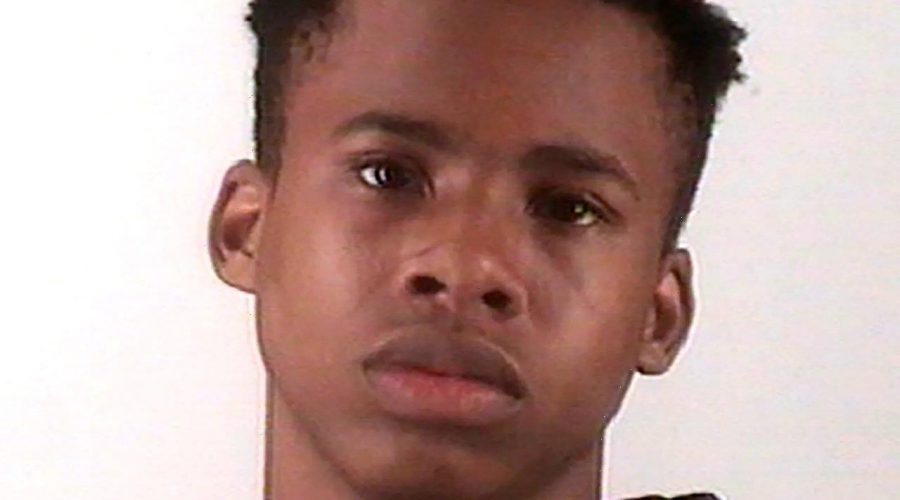 Begging for one chance at ‘adulthood,’ the Long Beach native, who was found guilty of murder for his involvement in a 2016 robbery, claims that he wouldn’t have received the severe punishment if he had been a white kid.

AceShowbiz -Rapper Tay-K has made a claim of unfair sentence, three years after he was sentenced to 55 years in prison for his role in a 2016 robbery that left one person dead. Blaming alleged racism for it, the 22-year-old suggested that wouldn’t have received the severe punishment if he had been a white kid.

Tay-K, born Taymor Travon McIntyre, took to Twitter to complain about his 55-year prison sentence. “I really just need 1 chance @ adulthood,” he begged via Twitter on Thursday, January 5, before adding, “I bet if I was a lil white kid they wouldn’t have gave me no 55 years for a crime I was alleged to play the most insignificant role in when I was 16….they woulda rightfully argued that my mind wasn’t fully developed and gave me rehabilitation and a 2nd (1st) chance at adulthood.”

The Long Beach native went on arguing in a separate tweet, “one of my codefendants was a white girl who was 16 jus like me…they didn’t certify her as an adult but they certified me n pimp as adults, pimp got 30, I got 55, she ended up getting 10 years of probation without no deal…that girl @ home rn.”

But instead of supporting Tay-K, social media users think Tay-K should take accountability for his mistake. “Even children know right from wrong. Poor decisions come with consequences,” one person commented on one of his tweets.

Another echoed the sentiment, “At 16, you know what you doing. You might not know who you are yet, but you damn well know right from wrong.” A third person remarked, “Bringing race into the equation.”

“Yo, Tay k I love your music bro foreal, but your sentence is your sentence. you’ve already been judge and found guilty of your crime,you need to except accountability for what you did,” a fourth user said. “we miss u tay k but you are in a place where you truly belong.”

Tay-K was sentenced to 55 years in prison in 2019 for his role in a 2016 armed robbery in Mansfield that left a 21-year-old man dead. The jury found the rapper, who was only 16 years old when committing the crime, guilty of murder and of a third charge of aggravated robbery.