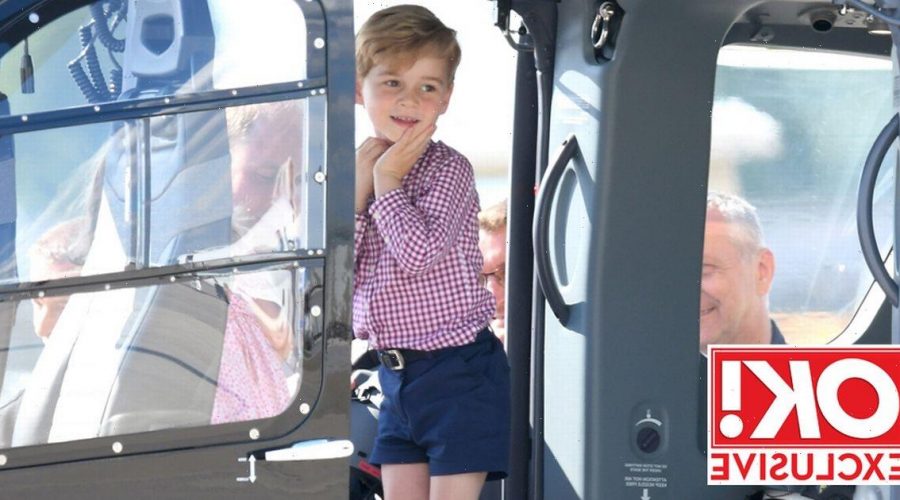 The much anticipated Platinum Jubilee events have got many wondering what theRoyal Familywill be wearing for the celebrations.

In particular, the royal boys under a certain age all have a specific tradition to follow. This sees them and wear shorts while out in public.

Fashion expert and stylist,Miranda Holderexplained to OK! why this is the case.

She said: “The little girls will match their parents and then for the boys it's actually tradition if they're under the age of eight to wear shorts rather than trousers.

“Even on the coldest days they just have to warm up in other ways.”

Miranda added: “This dates back to the 19th century actually when the tradition of breaching was in full force, like wearing gowns and dresses instead of trousers.

“They then swapped it for shorts in the 19th century and the boys still do this today. It looks wonderful and makes them look very cute indeed.”

Last yearPrince George, eight, showed off a different appearance when he went to watch Englandplay football with his parents in Wembley Stadium.

While he was joined by his parents,Prince WilliamandKate Middleton, it was then seven year old Prince George who stole the spotlight as he sported an adorable mini smart suit to match his dad.

The very first time we saw Prince George sport trousers was back in 2018 when he wore formal attire toPrince HarryandMeghan Markle's wedding and once again matched with Prince William in a custom made pants by Savile Row tailors Dege & Skinner.

Since then, we have seen the schoolboy opt for this item in pictures such as in the Cambridge’s 2020 Christmas Photo.

While the rules about what can and cannot be worn by members of the Royal Family are strict, Meghan Markle raised a few eyebrows when she donned a black tuxedo dress in 2018.

The dress was above knee length and many people commented on how short the dress was for a royal.

While others loved Meghan’s daring choice, and applauded her for showing off her amazing figure, The Queenis reportedly not a fan of short skirts and dresses.

There is no known royal rule that says how long a skirt or a dress should be, however, it’s easy to believe there are some guidelines, as the Queen, Kate Middleton and other female members of the royal family usually opt for knee length or longer.

However, there have been occasions when the Duchess of Cambridge has chosen a shorter style for a royal event.

In 2013, Kate wore a black and white polka dot dress during a visit to Warner Bros Studios which fell a couple of inches above the knee.

For your latest royals news, sign up to OK!'s royal newsletter here.