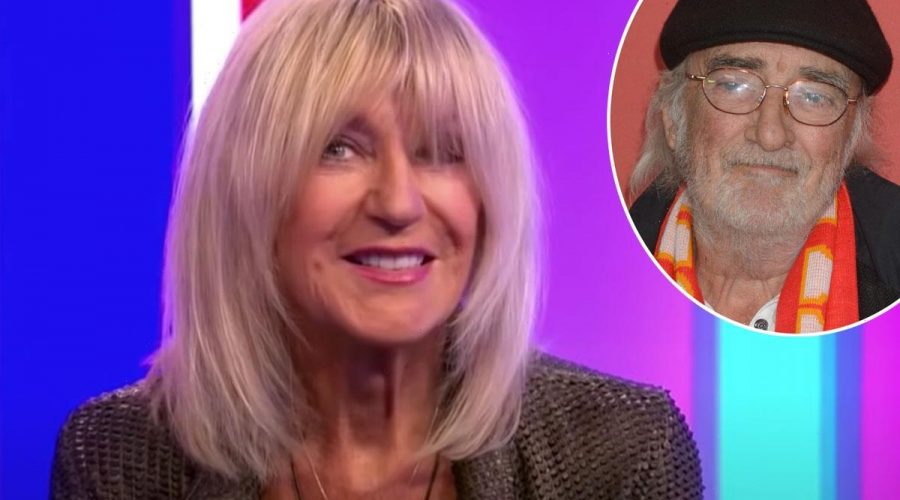 As the world continues to mourn the sudden passing of Fleetwood Mac’s Christine McVie, we’re looking back on the time she disguised the true SHOCKING meaning of one of the band’s top hits from her fellow group member and husband!

For those unfamiliar, the musical group saw performers come and go since being founded in 1967, and there was no shortage of gossip surrounding the five stars as they rose to fame. Stevie Nicks famously told US Magazine in 1990:

“To be in Fleetwood Mac is to live in a soap opera. And it has been pretty scandalous and pretty incestuous, and pretty wonderful in a lot of ways.”

Well, let’s just say she definitely wasn’t lying. The band’s legendary 1977 album, Rumors — their most successful one to date — was conjured up during a rough patch for pretty much everyone involved. Alongside the separation of Nicks and lead guitarist Lindsey Buckingham, who joined the group as a couple, Christine and her bassist husband John McVie had been experiencing a bit of a roller coaster ride of a relationship. The two were reportedly nearing a divorce, leaving the acclaimed songwriter and keyboardist in a position where she felt stumped creatively. However, things changed once she found herself in a love affair with the band’s lighting director, Curry Grant.

OK, Stevie… We see how things got scandalous!

The whirlwind situationship was enough to re-spark a creative fuse for the recently deceased lead singer, who went on to write the fan-favorite tune, You Make Loving Fun. Yep, that’s right! The lyrics “Don’t, don’t break the spell / It would be different and you know it will / You, you make loving fun / And I don’t have to tell you but you’re the only one” have a whole deeper meaning! From there, Christine also went on to write Don’t Stop, Oh Daddy, Songbird, and contributed to the all-time favorite, The Chain. She once told Q Magazine while remembering that time of her life:

“I thought I was drying up. I was practically panicking because every time I sat down at a piano, nothing came out. Then, one day in Sausalito, I just sat down and wrote in the studio, and the four-and-a-half songs of mine on the album are a result of that.”

We’re glad we got some great songs out of the situation, but as with any cheating scandal, it was being kept on the down-low as Christine was still tied to John at the time. Obviously, her lyrics weren’t very discreet, so to avoid conflict, she actually told her then-husband the lyrics were about her DOG! Uhhh, girl’s best friend, we guess.

The couple divorced in 1976, and the hit You Make Loving Fun later went on to reach the top 10 in the US. Eventually, the McVies mended their damaged relationship and became friends again.

Quite a wild ride, Perezcious readers. Did you know about the tea behind the lyrics? Does it change the way you listen to the song? Let us know in the comments down below! And of course, our thoughts continue to go out to Christine’s family and loved ones.

02/12/2022 Celebrities Comments Off on Remembering The Absolutely WILD Way Christine McVie Hid Song About Cheating From Her Husband!!
Lifestyle