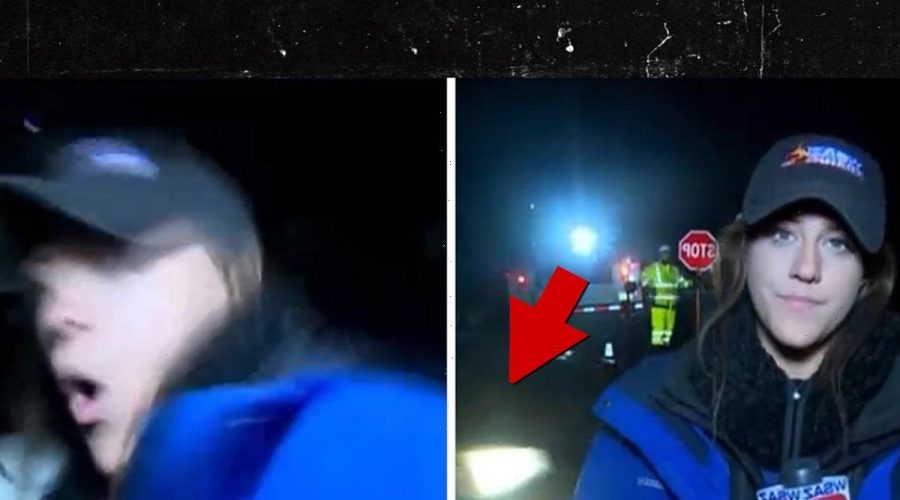 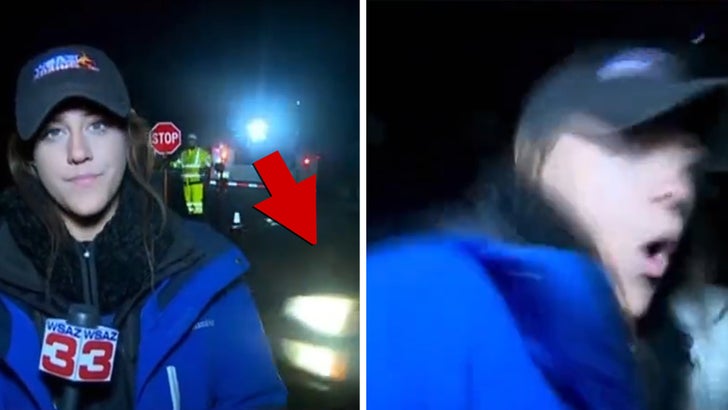 A reporter in West Virginia just earned some extra stripes … because she got hit by a car during a live shot and didn’t miss a beat!!!

It all went down Wednesday night, when WSAZ-TV reporter Tori Yorgey had started to report from the field when you see a car come from behind and strike her. Her body kind of lunges forward out of frame and she screams, “Oh my god! I just got hit by a car, but I’m OK.” 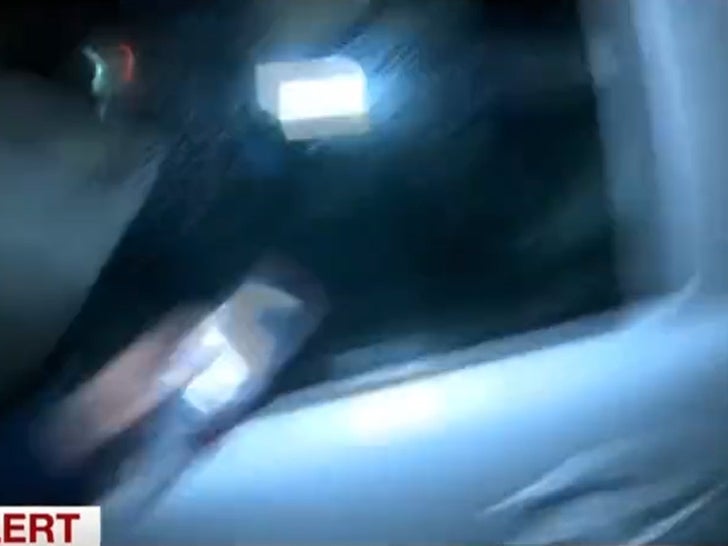 Ever the trooper … Tori hops back up, moves her camera and sluffs it off … “That’s live TV for you. It’s all good.” Tori said that wasn’t the first time she had been hit either. It happened in college as well. 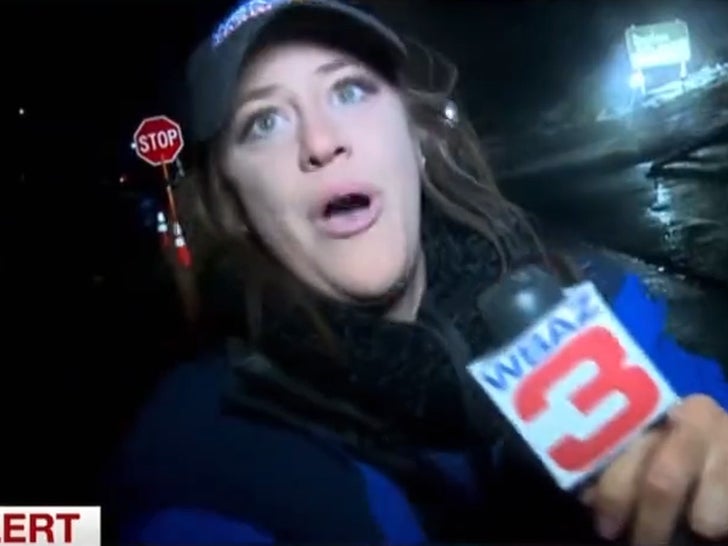 As for the driver who hit her, she apologizes during the live shot, and Tori is unbelievably gracious …” “Ma’am, you are so sweet, and you are OK.” 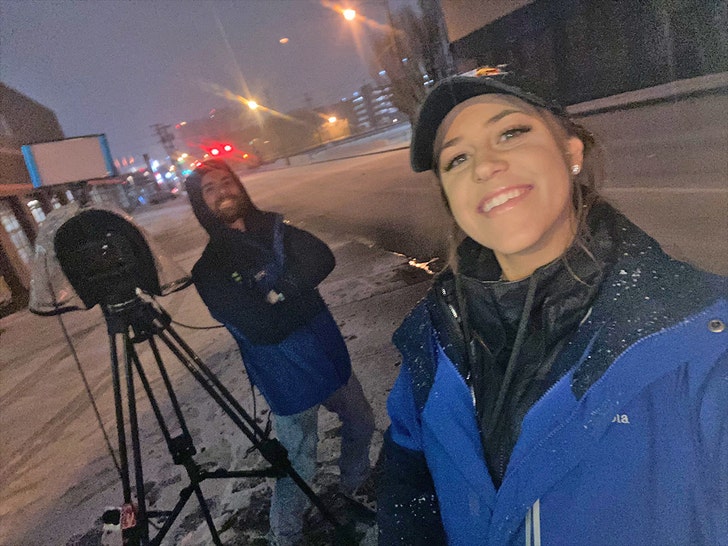 This is 2022, so social media was looking for someone to drag, and they went after the anchor for not having what they felt was an appropriately horrified reaction. He defended himself in a tweet, saying he could only hear Tori and didn’t see the actual impact. He says she was taken to a hospital as a precautionary measure.

And, get this … this was her last week at the station. She’s moving on to Pittsburgh.

Pittsburgh drivers … stay in your lanes!!!.