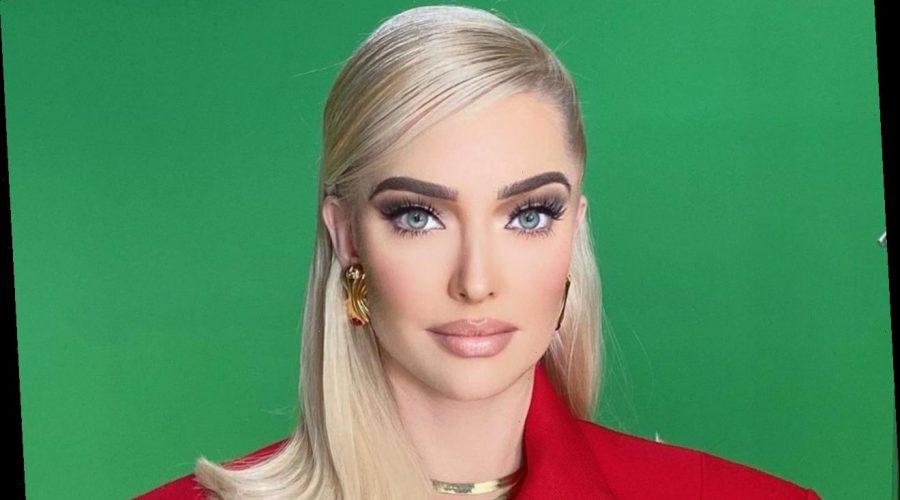 The ‘Real Housewives of Beverly Hills’ star teases about the possibility of her joining an online dating application as she shared her sexy pic that she may use as her profile picture.

AceShowbiz –Erika Jayne apparently doesn’t need a long time to move on from Tom Girardi. While they have not legally separated yet, the reality TV star is eager to be back on the dating game as she’s considering joining an online dating application.

The 49-year-old teased about the possibility of her finding new love online on Thursday, January 7. Sharing a sexy photo of her showing off her long legs in fishnet stockings and gold heels while she’s clad in a maroon lingerie, she asked her followers, “Thinking of making this my online dating profile pic. Thoughts??”

While this seems like a joke, a source tells Us Weekly that Erika is “totally serious about making a profile.” The source dishes on “The Real Housewives of Beverly Hills” star’s lack of experience in using dating application, “She’s never been on [a dating app], but she wants to start one.”

“Now is the perfect time because she’s not out meeting guys in person – no one really is,” the source adds. “Everyone’s into online dating in quarantine. Of course, all her photos will look hot!”

News of Erika filing for divorce from Tom surfaced in November 2020 after 20 years of marriage. They were later sued by Edelson PC, a class-action firm on behalf of the 2018 Lion Air flight victims in December for allegedly faking their split as part of the fraud case. Edelson PC claimed their divorce is a “sham attempt to fraudulently protect Tom and Erika’s money,” alleging that the pair “are on the verge of financial collapse and locked in a downward spiral of mounting debts and dwindling funds.”

However, a source claimed that Erika is divorcing her estranged husband because she found out he cheated on her with multiple women. “The reason [Erika] divorced Tom is because he was cheating on her with multiple women,” the source allegedly close to the couple told PEOPLE. The source explained that while Erika claimed “she’s known about his infidelity for years,” she initially held back from divorcing him because she “wanted to try and save the marriage.”

“The split was a long time coming,” the source went on noting, before addressing the embezzlement lawsuit filed against the estranged couple in early December, “The lawsuit just coincided with her decision to leave him.”