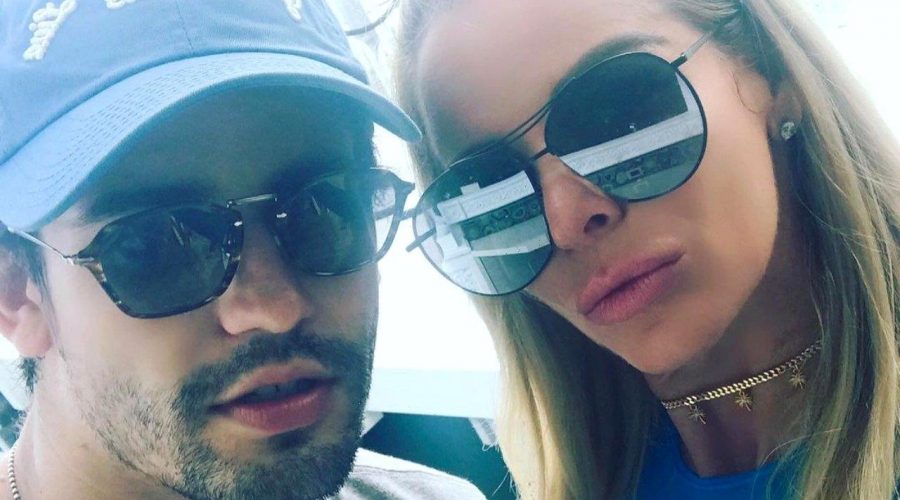 A spokesperson for the Miami-Dade Police Department claims that Peter is involved in a domestic violence dispute with his girlfriend of three months at their shared apartment.

AceShowbiz -It’s not a very good start of 2022 for Alexia Echevarria. It has been reported that “The Real Housewives of Miami” star’s son Peter Rosello was arrested after being involved in a domestic violence dispute with his girlfriend on Thursday, January 6.

A spokesperson for the Miami-Dade Police Department told Page Six that Peter slapped and kicked his girlfriend of three months during the altercation. The argument reportedly when the couple arrived at their shared Miami apartment following a night out.

His unnamed girlfriend allegedly told Peter that she wanted to stay at her mother’s place instead. That made the son of the TV star “upset,” a police report claimed. She claimed that he placed his hand on her neck and pushed her backwards, prompting her to slap his hand from her neck.

The victim tried to escape by running out the front door, but Peter “grabbed the victim by her arm and pulled her back inside of the apartment,” according to police. She attempted to flee once again and started yelling, drawing attention of a neighbor who is now listed as a witness to the incident.

The witness claimed that Peter pulled “the victim inside of the apartment as she was trying to free herself from his grip.” Later, the neighbor brought the victim into their apartment before calling police. Upon the authorities’ arrival, the girlfriend looked “distressed” and sported visible redness on her face and neck area. She also had pain in her crotch area. She was treated at the scene.

Peter, who was also arrested in 2012 for attacking a homeless man, was booked at 2 A.M. on Thursday. He was charged with a battery misdemeanor and his bond was set at $1,500.