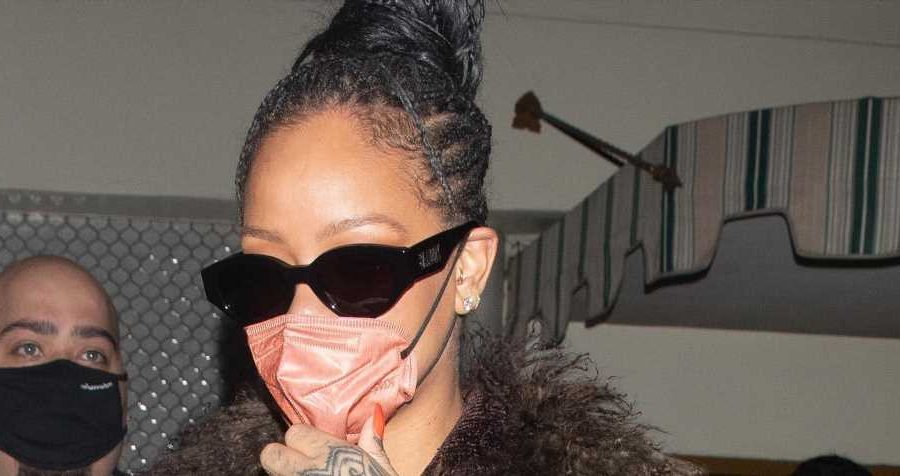 Rihanna and A$AP Rocky appear to be going strong. On Sunday, the two attended a private party at the West Hollywood establishment Delilah. Rihanna, being the fashion icon that she is, showed up in a dark brown minidress with a fringed bottom, paired with black and silver strappy heels and an ankle-length brown leather duster jacket. She completed the look with deep brown sunglasses, a Fendi handbag, and a peach-colored mask.

Rihanna walked out of the venue with the rapper (her rumored boyfriend) trailing close behind her. He wore black leather pants, a matching leather jacket, a tee, and black boots. At the end of November, a source confirmed to People that the two were dating, saying they were "inseparable," and "very into" each other. Before they were dating, the duo were longtime friends and collaborators. In 2012, A$AP and Rihanna teamed up for Ri's song "Cockiness (Love It)," and a year later, the singer appeared in A$AP's "Fashion Killa" music video. Most recently, the rapper modeled in Rihanna's Fenty Skin campaign.

And it seems that the pair is already getting serious. The rapper spent Christmas with Rihanna and her family in Barbados.

"They've always seemed to have a great time together. They have a lot in common," the source continued. "They both are very much about helping out in the communities where they grew up A$AP is generous, and so is Rihanna. A$AP is known for being a great guy. Rihanna seems very happy dating A$AP."