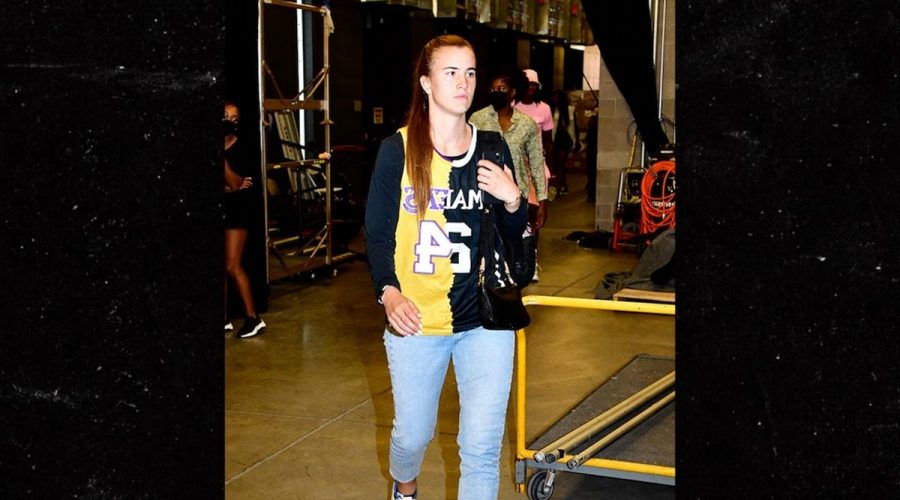 WNBA star Sabrina Ionescu paid tribute to her mentor and close friend, Kobe and Gigi Bryant before taking the court for the NY Liberty on Thursday … by rocking a split Lakers/Mamba Academy jersey to the game.

23-year-old Sabrina — like countless others — idolized Kobe … but was fortunate enough to develop a personal friendship with the late Lakers legend during her days at Oregon.

In fact, Ionescu says Kobe would call her every week to break down game footage and give advice … which helped as she went on to average nearly 20 points, 7 rebounds and 8 assists a game and become the #1 overall pick in the 2020 WNBA Draft.

Sabrina even helped coach Gigi at Bryant’s youth basketball camp … where she became closer to the budding hoops prodigy.

Ionescu was able to share her memories and the impact the Bryants left on her life during Kobe’s memorial last year … giving a powerful speech.

Sabrina continued her tribute before the Liberty faced off against the Phoenix Mercury … sporting the amazing custom threads as she headed into the locker room before the big playoff game.

The game was wild — the Mercury ended up pulling away with the 83-82 victory … with Ionescu scoring 14 points, 5 rebounds and 11 assists in the effort.