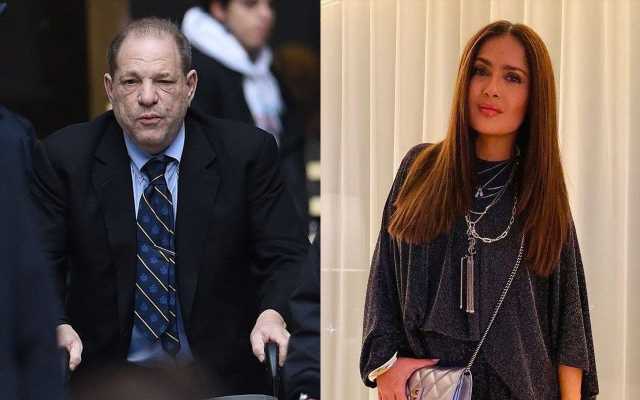 While insisting she dealt with it to the best of her ability at the time, the ‘Frida’ actress admits to questioning herself why she didn’t expose the disgraced producer.

AceShowbiz –Salma Hayek is still conflicted about her private battles with filmmaker Harvey Weinstein, wondering why she never went public with her concerns about the man.

She claims Weinstein sexually harassed her while she was making “Frida” for his production company, but she was too afraid to speak out.

Now she wonders if those who became victims of the convicted sexual predator would have been spared if she spoke out.

“Some people got raped. It makes you wonder if you had said something, would it have been different? How come I didn’t have the courage?” she quizzes herself in the new issue of InStyle.

“I dealt with it to the best of my ability at the time.”

Salma first detailed Weinstein’s harassment in a 2017 New York Times essay, revealing he lost his famous temper when she refused to shower with him or let him perform oral sex on her. She also refused to appear nude in a sex scene with Ashley Judd in “Frida”.

After she turned down his advances, angry Weinstein attempted to sabotage the film, threatening to take the project away from Hayek.

Harvey’s bullish behaviour and his treatment of women came to light in 2017 thanks to a New York Times expose researched and written by Jodi Kantor and Megan Twohey and a New Yorker piece penned by Ronan Farrow.

The articles prompted dozens of women to come forward with allegations of sexual misconduct against Weinstein, who was quickly fired as a board member at his own production company.

Last year (20), Weinstein was found guilty of rape and he is currently serving a 23-year prison sentence in New York. He still faces more allegations in Los Angeles.