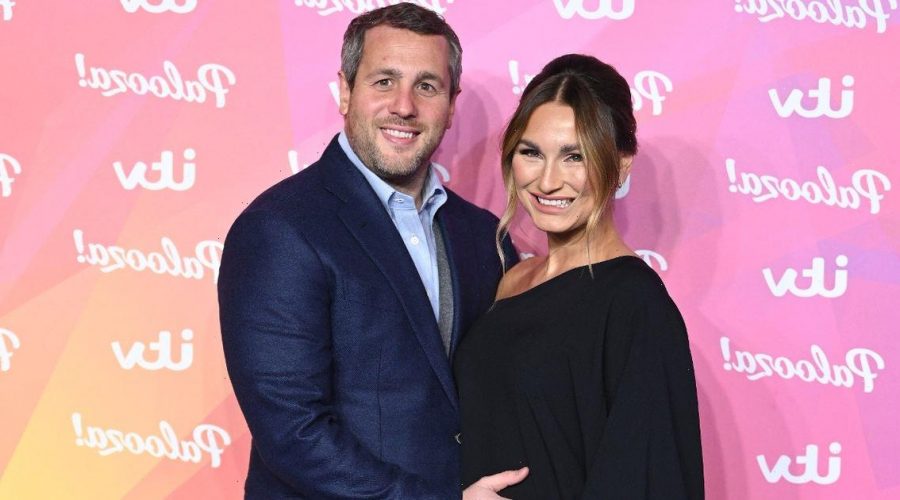 Sam Faiers has revealed she has asked her partner Paul Knightley not to propose while she is pregnant with their third child.

The 30 year old has discussed the conversation she had with her partner after fans teased the announcement of their third child was the perfect time for him to pop the question.

But speaking to sister Billie Faiers on their new podcast The Sam and Billie show, the former The Only Way Is Essex star says she doesn't want to be pregnant when she walks down the aisle.

She said: "I said to him [Paul], 'Right, we are three babies in now and I’m still Faiers on that birth certificate and I should be Knightley!'

"I’ve been stopped at the airport before, when travelling without Paul and with the kids, and I don't have their birth certificates.

"[I don't want to be a pregnant bride] but Paul did say ‘yeah that’s the next thing!’. So maybe after this baby.

"But I said to him ‘please don’t propose to me [straight after the birth]!’”

"She is concentrating on the family and probably hopes to get married once she has stopped having kids."

The star has also said she would "love" another home birth after welcoming daughter Rosie, four, at home.

While in labour with her first child Paul Jr, now six, she was rushed to hospital due to her blood pressure.

She said on the podcast: "I would love another home birth [after it didn’t go to plan with Paul].

"Rosie’s [birth] was lovely. I think I’m quite a calm person in labour.

"I had a lovely home birth, water birth… Rosie came, and I was upstairs half an hour later in bed with Rosie, watching X Factor. It was so surreal!"

She added: "Paul [Jr] was there with Rosie… He wasn’t there when I pushed her out… but as soon as she was in my arms, he saw her.

"I do want them around, but when it comes to the push… I don’t want them to see the trauma! I would feel more comfortable with them coming in as soon as baby’s here."

For the latest on Sam and her family, sign up to OK!'s daily celebrity newsletter