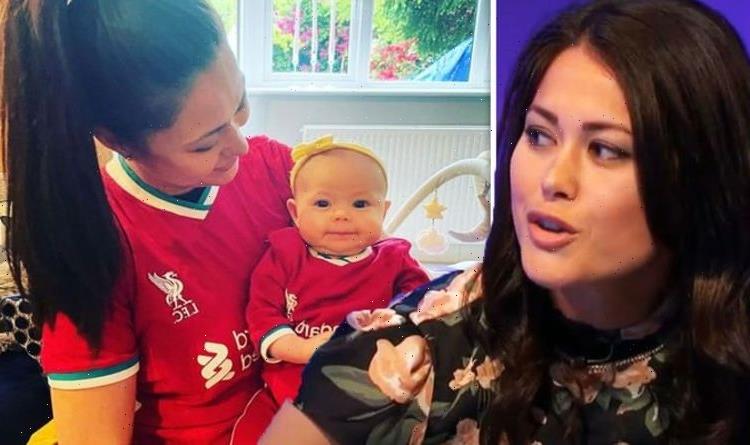 A Question of Sport: Sam Quek jokes about giving birth

BBC Olympics presenter Sam Quek has told how she was worried that “baby brain” was hindering her A Question of Sport performance. Last month, the sports star, 33, announced that she and husband Tom Mairs are expecting their second child, seven months after welcoming daughter Molly. But in a new interview, Sam revealed that she suspected that she may be pregnant after giving wrong answers on the sports programme which led to her being viciously trolled on social media.

Speaking about appearing as a team captain on A Question of Sport, Sam admits that she “puts pressure” on herself to perform as well as a male captain would.

Explaining that she became “disappointed” in herself when she got a question wrong, Sam revealed that it was her wrong answers which made her wonder if she could be pregnant.

She said: “I said to Tom, ‘the last time I felt like this I was pregnant but it can’t have happened that quick’.”

Sam elaborated and cheekily said that her husband of three years had only “got lucky” a few times.

However, Sam’s husband hinted that his wife may be pregnant after she started getting more confused.

“And then Tom said, ‘Actually, towards the end of filming you were getting a few things mixed up,'” Sam added to MailOnline.

Speaking about an answer she had given on the show, the star told how her brain was thinking one answer, but her mouth said another.

Sam explained that she “knew baby brain” was happening during the captain’s challenge against Ugo Monye.

However, she used it as an “excuse” for when she was beaten by the former rugby star.

In October, the Olympics presenter announced her exciting news on Instagram.

Alongside a sweet snap of Tom, herself, and their baby daughter Molly, Sam confirmed that she is expecting another addition to her family.

She wrote: “Absolutely delighted to share the news that we are expecting another baby to join our family next year.

“We are over the moon that Molly will have a brother or sister to play with and grow up alongside.

“Our hearts are full,” she added alongside a heart emoji.

She went on to tell OK! Magazine that the new baby is due just two weeks after her daughter turns one on March 2.

Speaking of the news, the sports star told the publication that the couple were hoping to have a small age gap between their children, but didn’t expect to fall pregnant again quite so quickly.

“It was a surprise but we didn’t stop it happening, if that makes sense,” she said.

Sam had previously revealed that in 2020, she’d experienced a miscarriage at 10 weeks.

The TV star previously said she felt “guilt and shame” following the heartbreaking loss and did not want to speak to anyone about it.

Thankfully, five and a half months later, she fell pregnant with her “dream baby”, Molly, who was born via emergency caesarean after Sam spent 27 hours in labour.