It’s no secret that Scarlett Johansson and Colin Jost are adorable. The pair officially made their public debut as a couple in November 2017, according to PEOPLE, and have basically been inseparable ever since. In May 2019, Johansson’s publicist confirmed that the two were happily engaged, and honestly, they’ve only gotten sweeter ever since. It doesn’t take an expert to see that Scarlett Johansson and Colin Jost’s body language shows nothing but true love, but don’t take my word for it. I reached out to actual body language experts for their insight on what we can infer from their physical dynamic.

Even before the two got engaged, a source reportedly told PEOPLE that they both had marriage on the brain, and the pictures below make it clear that he’s the main object of her affection. "Scarlett and Colin are in love and share many of the same interests and the same sense of humor," the source said. "Scarlett is very happy. There is marriage talk with Colin." Eep!

Before these two tie the knot, I asked two body language experts to look at their interactions before their official engagement announcement, to see what it says about their romance. Are they really as in love as they look? Could we have seen this engagement coming from a mile away. The answer isn’t that surprising.

1. Even when they’re nervous, they’re happy together. 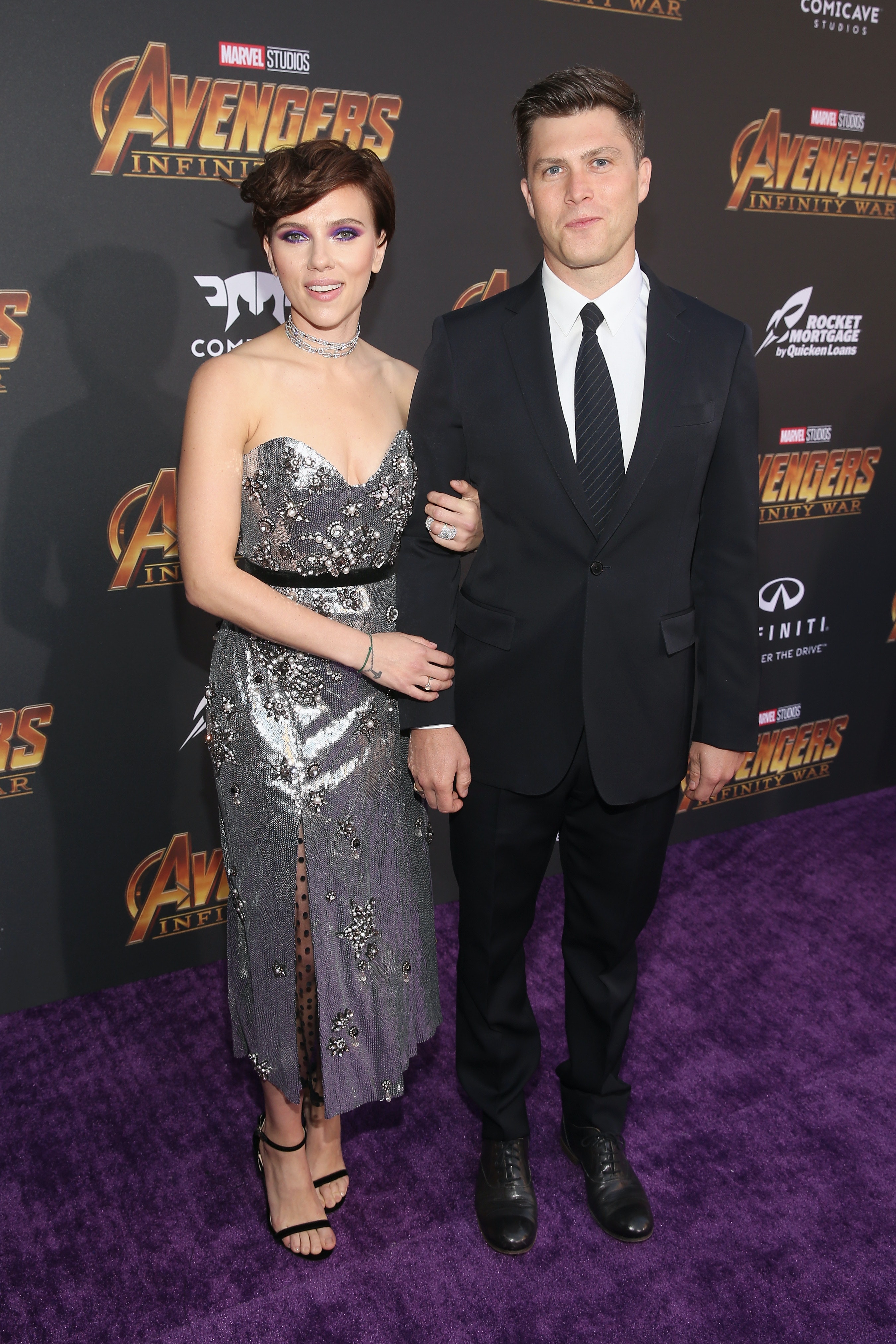 Back in April 2018, Johansson and Jost attended the premiere of Avengers: Infinity War, and while it’s clear they were happy, the experts agree that they were also a little nervous, which… understandable! "She is giving him a ‘two hand hug’ to his arm, holding him close, and he has a funny little playful smile on his face," Wood explains. "He has a lot more body tension and I believe her hand hold is to show him that this is her event, but he is her man."

Brown agrees. "She’s pulling him close with both hands, that’s always a good sign," she says. 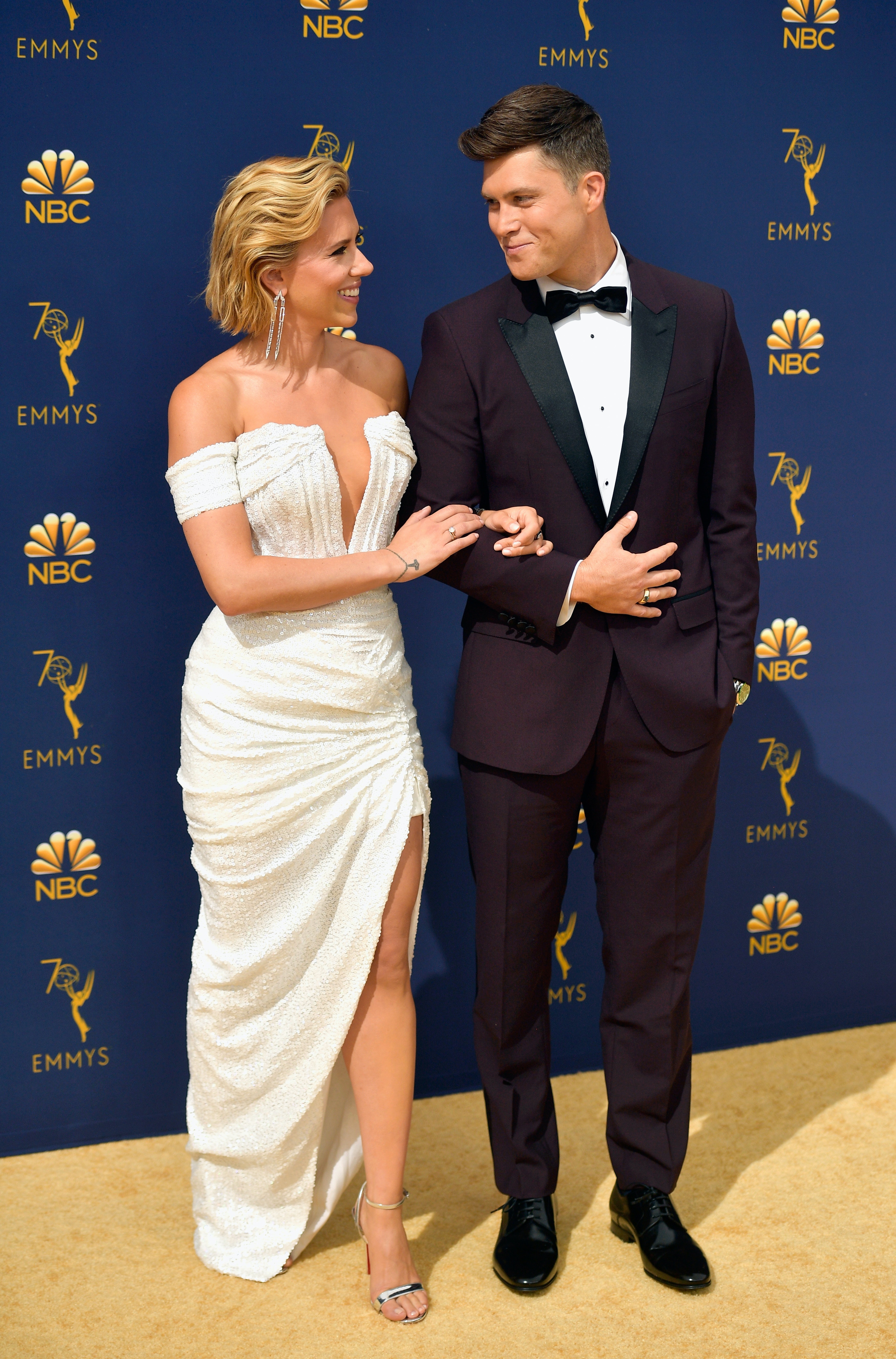 When the pair attended the 2018 Emmy Awards in September 2018, they both looked stunning — and in love. "I love their mutual gaze, him really looking down on her with love, and shoulders touching and the mutual smiling," Wood says. "This shows tenderness and playfulness. She does a double arm wrap hold here to show again he is the most important focus of the night."

"They’re smiling as they look each other in the eye at close range," Brown explains,."That’s hard to do!"

3. Their happiness is mutual. 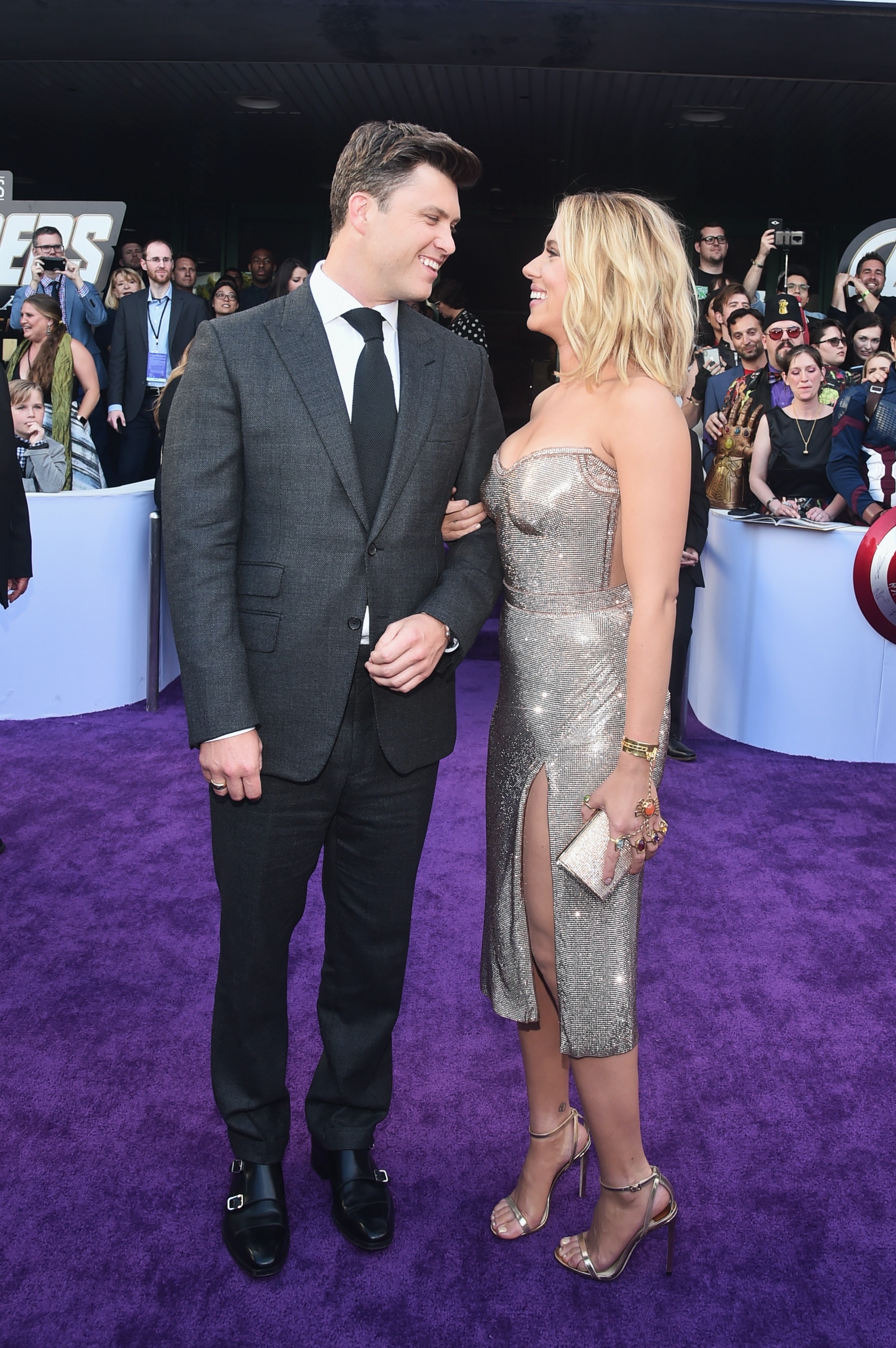 At the April 22, 2019 premiere of Avengers: End Game, Johansson and Jost walked the purple carpet together looking oh-so joyous. And the experts agree. "We see him look at her with joy and her look up at him with happiness," body language expert Patti Wood tells Elite Daily. "She is holding on to him at the elbow and proudly putting her chest up and toward him to show attraction. The Love ‘V’ stance here shows strong connection and attraction."

Additionally, body language expert Traci Brown says that while Jost looks happy, he isn’t as interested in what’s going on as Johansson is. Jost is "happy but somewhat less engaged," Brown tells Elite Daily. "He’s not really reaching for her." Perhaps Jost was just overwhelmed with pride for his lady and her work on the Avengers films. Whatever the case, they were both still super happy to be together.

So, are Johansson and Jost built to last? "Overall I think these two are great," Brown explains. "Chances of their success are high. They have consistency over time which is fun to see." A couple’s body language can really say a lot about their relationship, but both experts agree that they really are as happy as they look. Congrats to Johansson and Jost on their engagement, and their future together!