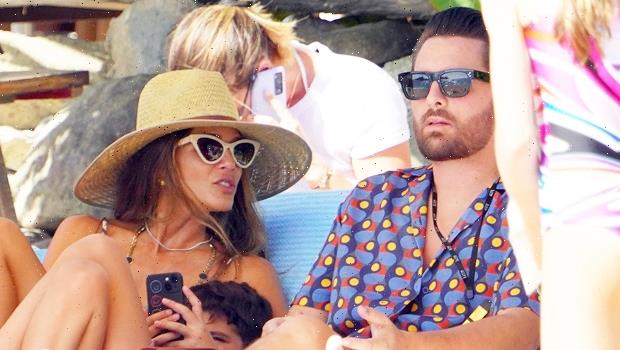 The reality star had some fun in the sun, and soaked in some rays, while chilling on the beach with friends.

While a tropical paradise might not be the first thing that comes to mind when you think of Christmas, Scott Disick soaked in some sun on the beach in St. Barthélemy, France on Monday December 20. The 38-year-old Keeping Up With the Kardashians star sported a dark bathing suit and a purple button down shirt with a red and yellow design. He completed his outfit with a pair of shades, as he chilled on a lounger. 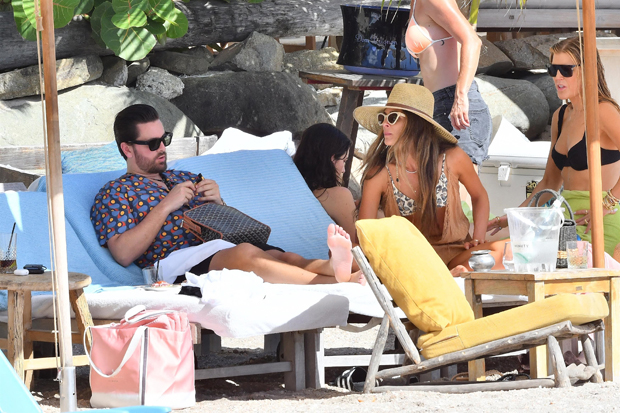 Scott’s St. Barts trip came after he brought a mystery woman on a dinner date with his ex Kourtney Kardashian‘s sister Kim and her rumored new boyfriend Pete Davidson in Staten Island, New York. Scott joined the SNL star and KKW founder for dinner with an unknown brunette at Angelina’s in the Fifth Borough on December 18. While there was a brunette woman seated next to him in some of the St. Barts photos, it’s unclear if its the same woman he was with for the dinner date. 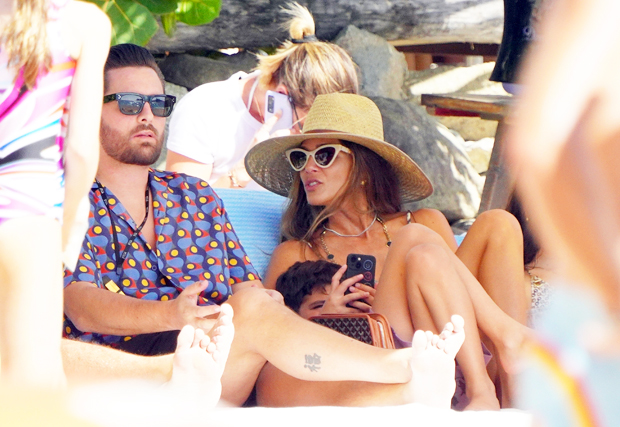 Stars At The Beach In The Winter — Pics 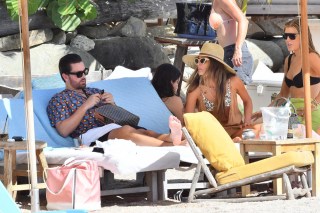 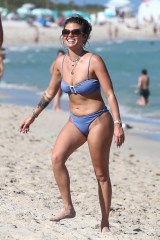 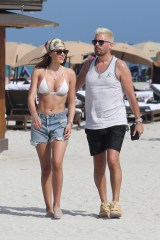 While Scott’s ex Kourtney has gotten engaged to blink-182 drummer Travis Barker, sources close to Scott have revealed to HollywoodLife that he’s thought about settling down, and would like to find the right person. “Scott is starting to think more and more that he wants to find the one,” the source said. “He sees all his friends, his ex and everyone else finding love which is making him envious of having that for himself.”

While he may be taking a vacation in St. Barts, another source revealed to HL that Scott definitely plans on spending the holidays with his kids. “Scott will absolutely be there for the holiday as well, just as he has every year. He loves seeing the kids open presents,” the source said. “Travis and Kourtney both are planning to have Christmas parties and if Scott wants to come to the party at Kourtney’s place, he can.”

20/12/2021 Celebrities Comments Off on Scott Disick Lounges At The Beach in St. Barts On Holiday Vacation After Mystery Date In NY
Lifestyle