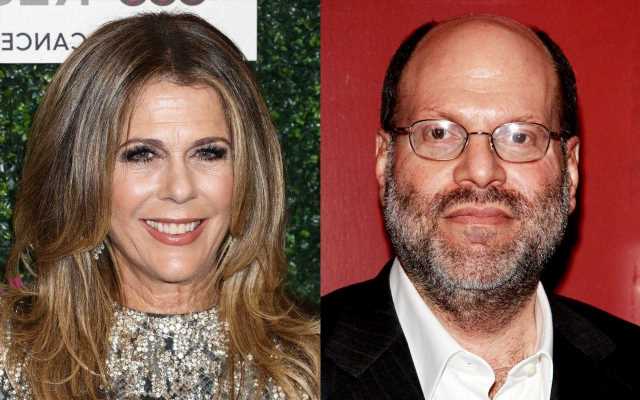 A representative for the embattled Hollywood mogul responds after Tom Hanks’ wife accused the producer of trying to find a way to legally fire her amid her health issues.

AceShowbiz –Rita Wilson has accused producer Scott Rudin of making her feel “worthless” after having to take a break from Broadway play “Fish in the Dark” when she was diagnosed with breast cancer.

The Hollywood and theatre mogul recently announced he was stepping back from all of his current projects to reflect on his past bad behaviour after he was exposed as a hot-tempered bully in an article for The Hollywood Reporter.

Now Wilson has opened up about her experience working with Rudin back in 2015, telling the New York Times he complained about her having to take time off during the voting period for the Tony Awards and even reportedly asked to see her medical records.

According to the publication, director Anna Shapiro also “grew upset about having to find a replacement” for Wilson.

“I felt like he was trying to find a way to fire me legally,” Tom Hanks‘ wife said. “He is the kind of person who makes someone feel worthless, unvaluable and replaceable.”

A spokesperson for Rudin, Rick Miramontez, challenged Wilson’s version of events, stating, “(Rudin’s) recollection was that Ms. Wilson had wanted to open the show and then leave, but that he and the director had not wanted her to delay treatment.”

Shapiro also responded to the allegations made in the article, insisting she had “immediately apologised” after realising she had “unintentionally upset” Wilson.

The actress subsequently underwent a double mastectomy and reconstructive surgery, and has been cancer-free ever since.

Meanwhile, Wilson’s comments emerge as it was confirmed Rudin had resigned from trade group the Broadway League, the collective bargaining unit through which officials help to negotiate labour agreements with various unions in New York City on behalf of producers and theatre owners.