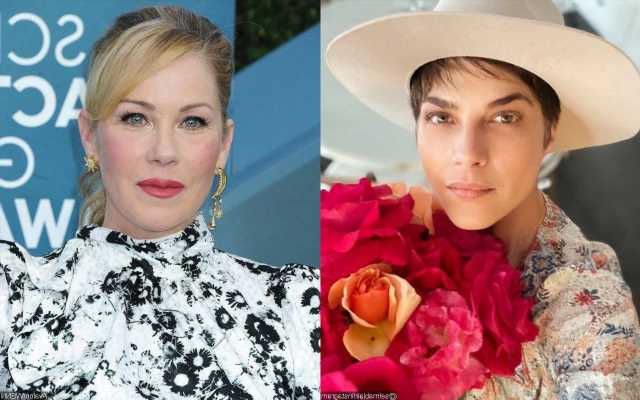 The actress portraying Courtney Rockcliffe in ‘The Sweetest Thing’ later responds to her co-star’s loving message with a playful note about their children.

AceShowbiz –Selma Blair is showing support for Christina Applegate. Hours after her co-star in “The Sweetest Thing” revealed that she was diagnosed with multiple sclerosis, the Jane Burns depicter in the 2002 romantic/comedy movie assured her pal that she will “always” be there for her.

“Loving you always. Always here. As are our kids. Beating us up with love,” Selma penned on Twitter on Monday, August 9. In response, Christina sent a playful message about their children, saying, “I love our two weirdos. They are so fun.”

This came hours after Christina announced on Twitter, “Hi friends. A few months ago I was diagnosed with MS.” The “Dead to Me” star then explained, “It’s been a strange journey. But I have been so supported by people that I know who also have this condition. It’s been a tough road. But as we all know, the road keeps going. Unless some a**hole blocks it.”

“As one of my friends that has MS said ‘we wake up and take the indicated action.’ And that’s what I do,” the 49-year-old actress added in a follow-up tweet. “So now I ask for privacy. As I go through this thing. Thank you xo.”

It’s unclear who Christina referred to. However, Selma divulged in October 2018 that she had multiple sclerosis herself. “I have #multiplesclerosis. I am in an exacerbation,” she wrote in an Instagram post at that time. “By the grace of the lord, and will power and the understanding producers at Netflix, I have a job. A wonderful job. I am disabled. I fall sometimes. I drop things.”

“My memory is foggy. And my left side is asking for directions from a broken gps. But we are doing it,” the ex-wife of Ahmet Zappa continued. “And I laugh and I don’t know exactly what I will do precisely but I will do my best.”