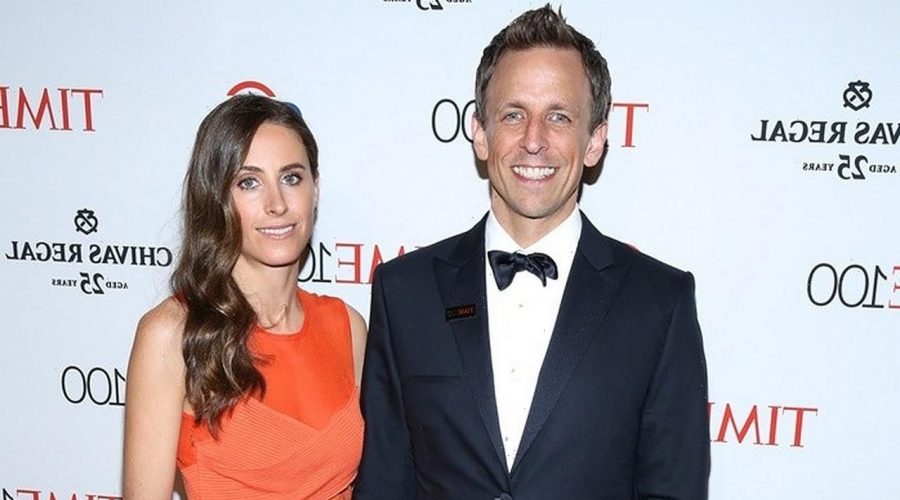 The ‘Late Night with Seth Meyers’ host has a new addition to his growing family with wife Alexi Ashe as she gave birth to a bouncing baby girl, the couple’s third child together.

The “Late Night with Seth Meyers” star told viewers he and his wife, Alexi Ashe, had secretly welcomed their third child together back in September (21).

Seth was joined by his parents, Hillary and Larry Meyers, as well as his brother, Josh Meyers, to announce his wife had given birth to a baby girl, named Adelaide.

The former “Saturday Night Live” regular’s sons, Ashe Olson and Axel Strahl, were also included in the big reveal, with the pair dressing up in matching turkey costumes for a bounce around on a sofa before revealing their baby sister in a matching outfit and kissing her on the cheek.

“We had another one, you guys!” Seth said as the video ended.

“I never met my wife’s grandparents, but I’ve heard so much about them, and they were Holocaust survivors who met the day after they were liberated. They met in the hospital in Austria and [on] days like this… when someone was born, you just have such an appreciation for everyone in your lineage who lived so that you could have this moment,” he said back in 2018.