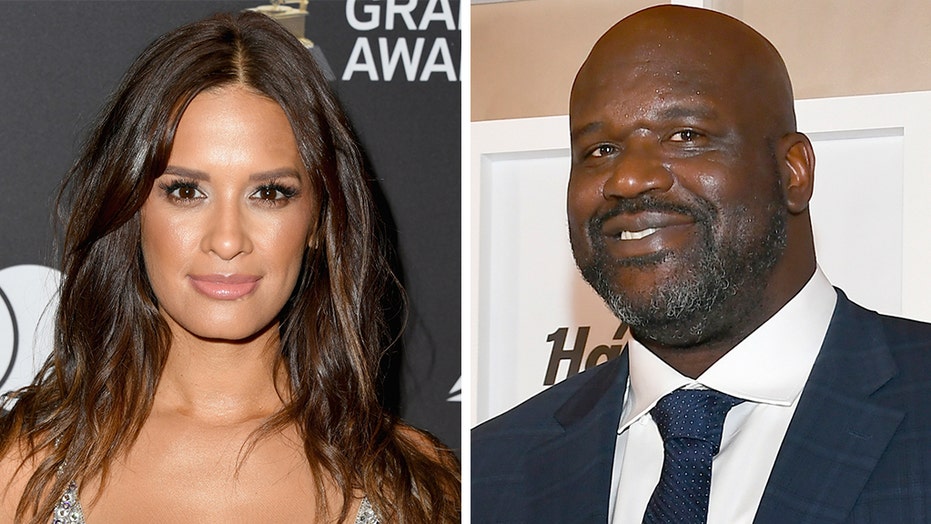 A recent interview with Shaquille O'Neal took an unexpected turn.

It all started when O'Neal, 47, was asked by co-host Carissa Culiner to show off his best modeling skills and share a "little flirty fun" for the cameras, which prompts O'Neal to stare and make "eyebrow raises" as well as "call me" gestures to Diaz.

"I'm lost," Diaz said while laughing, before calling one of his looks "sad and pouty."

“I could never be sad and pouty with you sitting there,” O'Neal responded, before adding: “She’s always in my DM’s I just wanted you to know that."

O'Neal, who was clearly trying to provoke a reaction, told Culiner that he couldn't tell her "some of the things" Diaz says, before claiming: "You know what she says? She says, ‘Even though I’m Spanish, you know I like that chocolate’. For real."

Diaz let out a laugh before telling O'Neal to, again, "tell the truth" about their social media exchanges. The TV personality went on to explain that she messaged O'Neal to let him know that she'd be interviewing him and to "make [her] look good."

"You did not tell me that… She didn't tell me," stated O'Neal, before commenting that Diaz owed him a date for not giving him a heads up.

The interview left fans divided, with some criticizing O'Neal's behavior.

"Shaq’s incessant flirting is making me uncomfortable. Let Rocsi work in peace. #dailypop," one person stated. "Honestly, this was awkward and cringey," commented another individual.

While others thought O'Neal's comments were all in good fun. "He was doing a flirty fun impressions, it was innocent," said one person.

Echoed another: "I watched this interview and it was all in fun. They were both very funny, it was all good!"