Brian Austin Green and Sharna Burgess jetted off together on Christmas Day and now they’re both commenting on their trip. Here’s what they had to say.

Brian Austin Green, 47, and Sharna Burgess, 35, sparked romance rumors after they were seen hanging out at LAX airport before jetting off on vacation together on Dec. 25. And, on Dec. 30, they both took to Instagram to share their matching beach views — along with their feelings about the trip.

On her page the Dancing with the Stars pro shared a photo of herself in profile, gazing out towards a beautiful beach. In the pic Sharna’s tanned legs are pulled in close to her chest and a beam of sunlight is streaming down, giving the photo an ethereal vibe.

Brian wasn’t quite as effusive in his caption, but he did reveal that he was feeling more connected to life. “Aside from my kids nothing reconnects me to life like the sound of the ocean,” he wrote next to a pic that showed the exact same beach as the one in Sharna’s pic.

But, unlike Sharna, he looked straight into the camera, proudly showing off the sunburn across his nose and cheeks, evidence that he’s been logging plenty of beach time.

Brian and Sharna’s vacation comes just weeks after she told Us Weekly she was in a new relationship. “I actually am not on the market anymore. But it’s very new and very, you know, it’s dating, essentially,” she told the outlet. “No one’s calling us a relationship yet.”

Sharna couldn’t help but joke during her interview that this new man could be the one. “How funny would it be if I actually found the love of my life during a pandemic?” she asked while going on to explain that dating during these times requires getting “separate blankets and sitting six feet apart.” 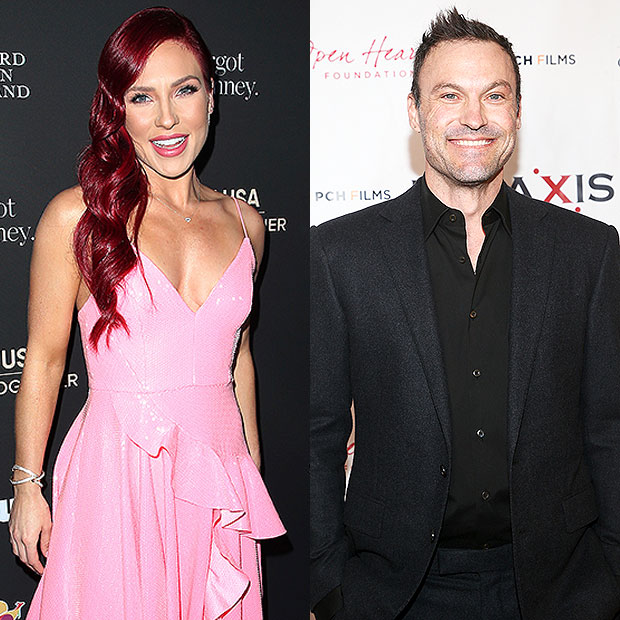 Although Sharna didn’t name Brian, it’s starting to seem pretty likely that she was referring to the 90210 alum. After all, he’s on the market too. Since he split from his wife Megan Fox, 34, earlier this year, he’s been spotted spending time with a number of women, including Tina Louise and Courtney Stodden, but nothing has turned serious.

During her interview Sharna insisted that she wants to keep this relationship private. “I thought that when I met someone, I would be like scream it from the mountain tops,” she said. “And it’s actually, it’s almost the opposite. I want to hold it close to me for just as long as I can to stay in this space and just enjoy that human for as much as I can.”

But, considering her recent Instagram caption, it seems like she simply can’t resist screaming about her happiness from the mountain tops. Or, you know, on Instagram.

Here’s hoping that she and Brian continue to enjoy “the best vacation of a lifetime.” And more.