Awards shows have shown creative ways of simulating live audiences. The MTV VMAs did the best job with a drive-in setting with people in their cars for outdoor performances and a faraway CGI audience for reaction shots. It was kind of video-game themed so it worked well. The Emmys really failed by splicing in clip of audiences past, giving the unsettling feeling that celebrities were partying. My brain kept telling me it was clearly not live, but emotionally it was hard to take. So far we haven’t heard about live audiences at performances other than people scattered around cardboard cutouts. But SNL this past weekend had an actual live audience.

I just watched Chris Rock’s opening monologue, that’s below, and he was hilarious. (Here’s a link to the cold open debate, with Jim Carrey as Biden. Also a link to Megan Thee Stallion doing Savage with her awesome dancers.) It’s worth watching and I loved the part how he said the President shouldn’t get four years no matter what and that there should be term limits for Congress. While he mentioned the audience was covid tested and you could see everyone there was wearing masks, they were still clustered in groups of nine. It was a little weird, but they took precautions. Apparently they paid people too, which was a surprise to the people there. They all got checks for $150. Audiences must be paid cast, as mandated by NY covid guidelines. The NY Times reported this and apparently the seven to nine people were “social bubble” groups. It doesn’t add up to me because Rock said they were all first responders.

On Monday night, the state’s health department confirmed that “S.N.L.” had followed its reopening guidelines by “casting” members of the live audience for its season premiere on Saturday — the show’s first live episode since March 7 — and paying them for their time. (It is not clear how many audience members were paid guests.)

Sean Ludwig, who attended the “S.N.L.” season premiere over the weekend, said that he and seven friends who had gone with him each received a check for $150 from Universal Television, a division of NBC’s parent company, when the show was over.

“We had no idea we would be paid before we were handed checks,” Ludwig said. “We were all very pleasantly surprised.”

Ludwig, a freelance writer who runs a barbecue website and newsletter, said that he and his friends had obtained the tickets through a website called 1iota that screens audiences for talk shows and other events. Ludwig said that they had been given a rapid virus test and asked to sign health forms indicating that they did not have Covid-19 or symptoms of the disease and had not come into contact with anyone who had it before they were allowed to attend the show.

But “S.N.L.” had already been asking live audience members to register through its 1iota page, which has since been taken down. The show had asked applicants to request between seven and nine tickets for people whom they considered to be part of their “social bubble” and had outlined the coronavirus-related precautions that the show would be taking.

[From The NY Times]

I have some questions about why they didn’t cluster people in even smaller groups, say from two to three, but maybe these were coworkers who all happened to be first responders. In that case they would be working together already and it wasn’t that risky to be next to each other for the show. Plus they all got tested. I wish I could have a social bubble group of seven to nine people, but honestly, I don’t think there are seven to nine people I could trust not to see anyone else socially. This pandemic has really strained my friendships and relationships. Rock joked about that too! The world may be a total sh-tshow but we have more entertainment on demand than I dared dream about as a child so there’s that. 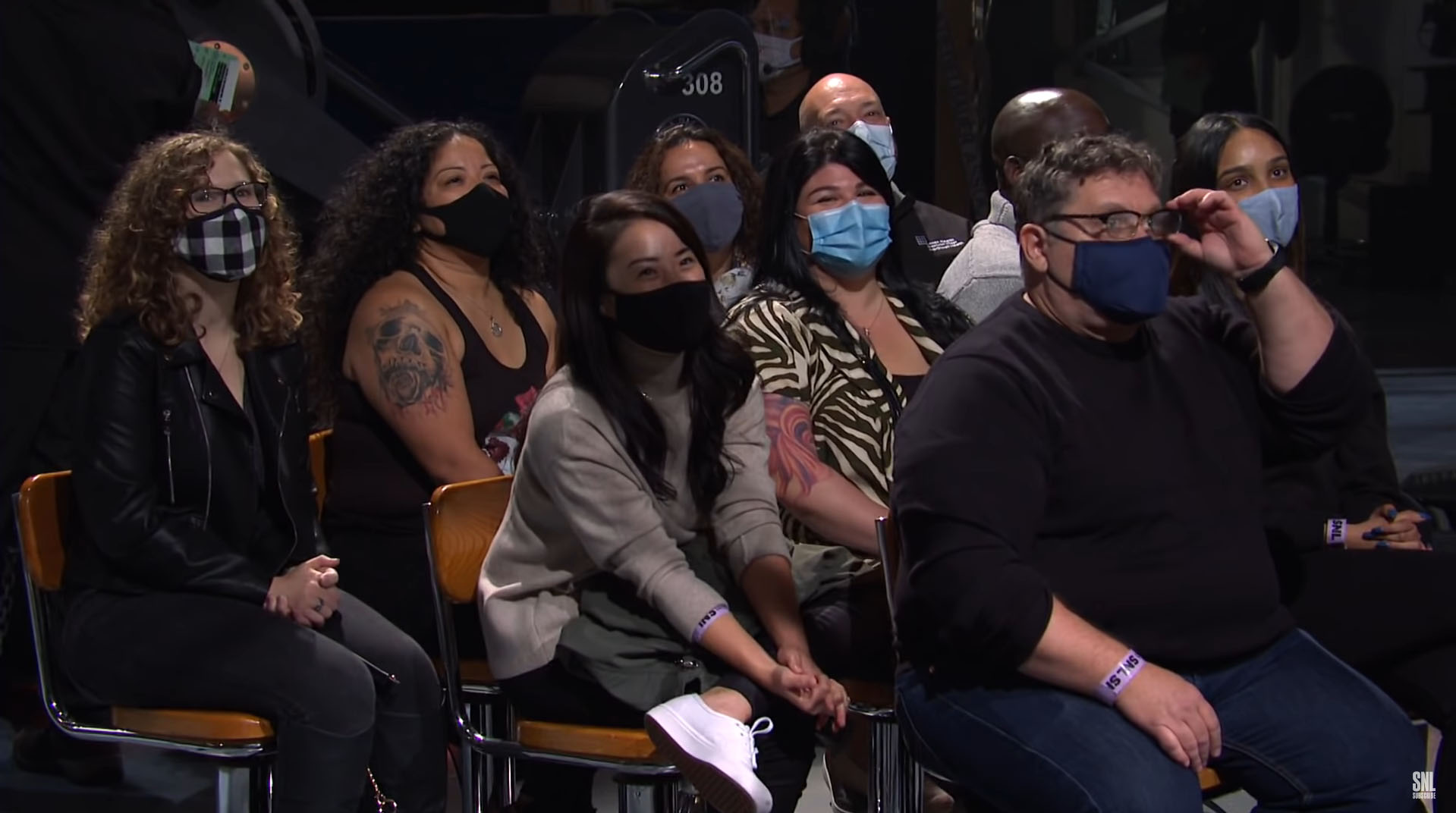 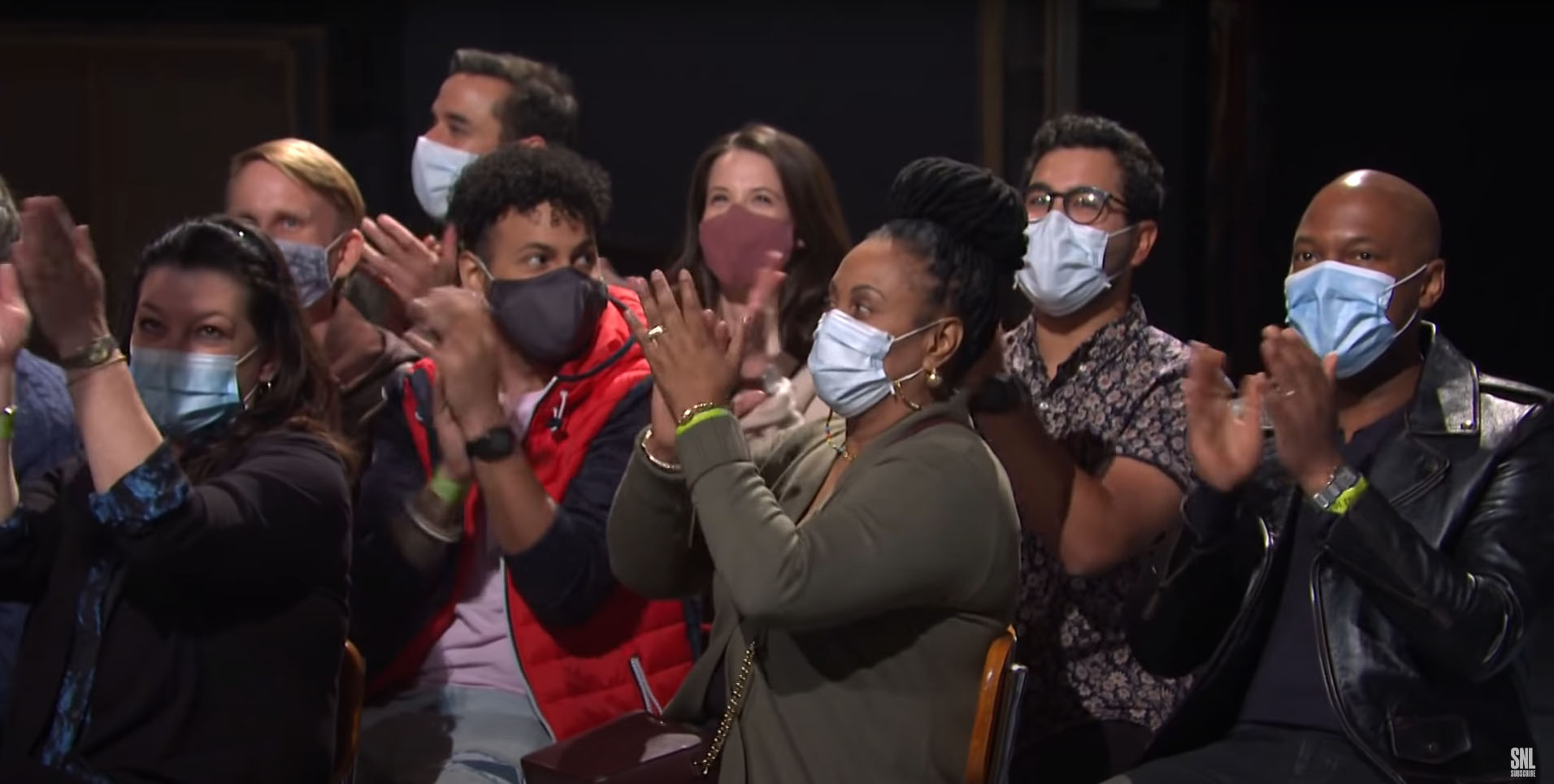 Nothing makes me happier than my girls. Happy Father Day to all the dads out there. Tonight we get the Big piece of chicken.

Nothing makes me happier than my girls. Happy Father Day to all the dads out there. Tonight we get the Big piece of chicken.

08/10/2020 Celebrities Comments Off on SNL had live a audience made up of first responders, covid tested and paid to attend
Lifestyle