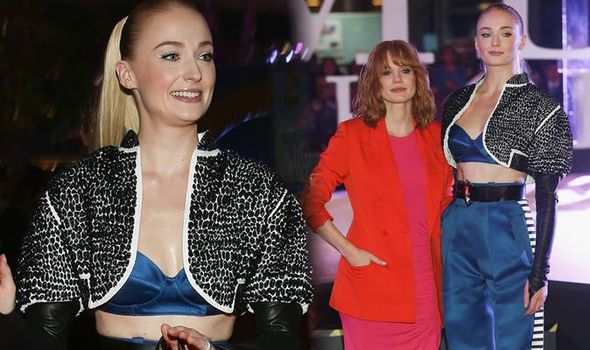 Sophie Turner, 23, who is best known for her portrayal of Sansa Stark in Game of Thrones, showed off her quirky sense of style at an X-Men event in Mexico yesterday.

The English actress showcased her slim figure in a tiny blue bra and matching high-waisted trousers when she arrived at a shopping centre in Naucalpan de Juarez with her co-star Jessica Chastain, 42.

The duo walked the red carpet at the fan event which marked the release of their new movie X-Men: Dark Phoenix in which Sophie takes on the lead role of Jean Grey aka the Dark Phoenix, while Jessica plays as alien shapeshifter.

Newlywed Sophie, who married her Jonas Brother beau Joe Jonas, 29, in a surprise Las Vegas wedding at the start of the month, teamed her ensemble with a black and white cropped jacket with long black leather sleeves that wrapped around her thumbs.

She finished off her shiny bralet and trouser outfit, which displayed her toned torso, with a pair of pointy stilettos.

Wearing her hair swept up into a sleek high ponytail, Sophie added a flick on 1960s-style white eyeliner to her top eyelid.

Sophie joined the Marvel franchise when she first took on the role of the Dark Phoenix in 2016 film X-Men: Apocalypse.

She is also currently starring in the eighth and final series of Game of Thrones which concludes in the UK on Monday night. 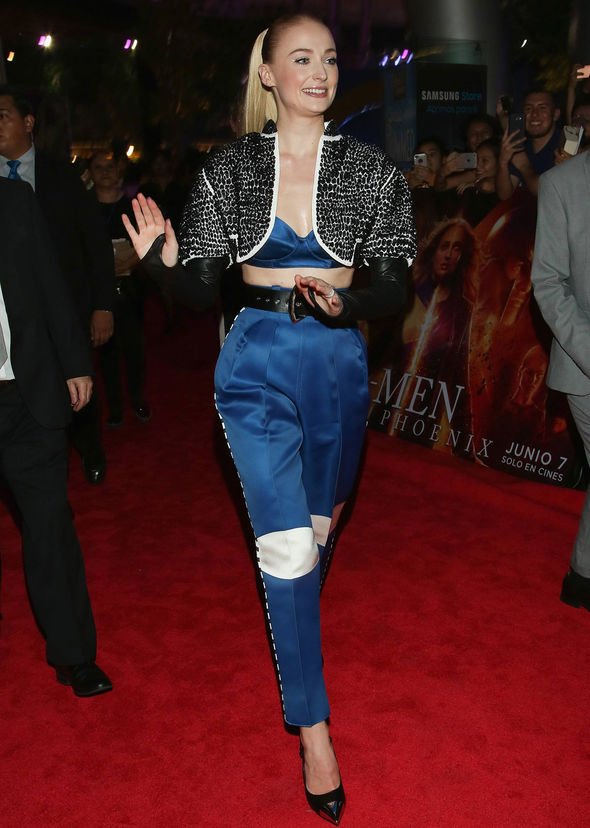 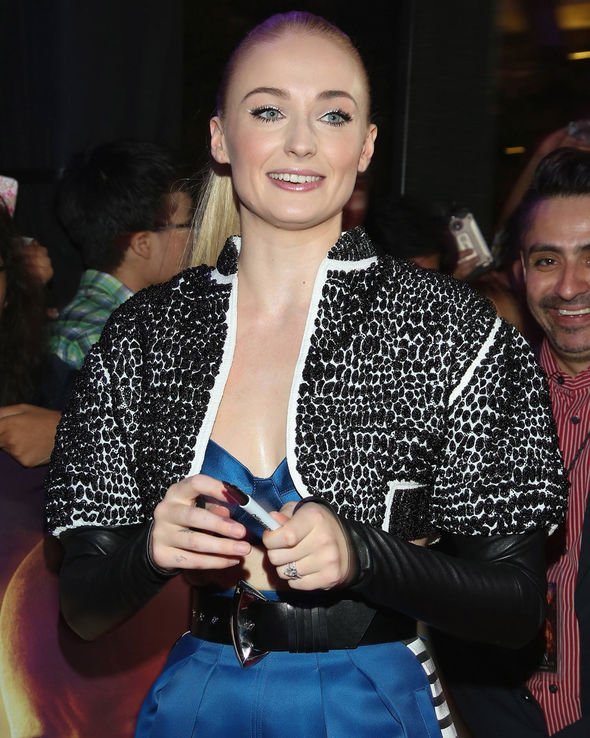 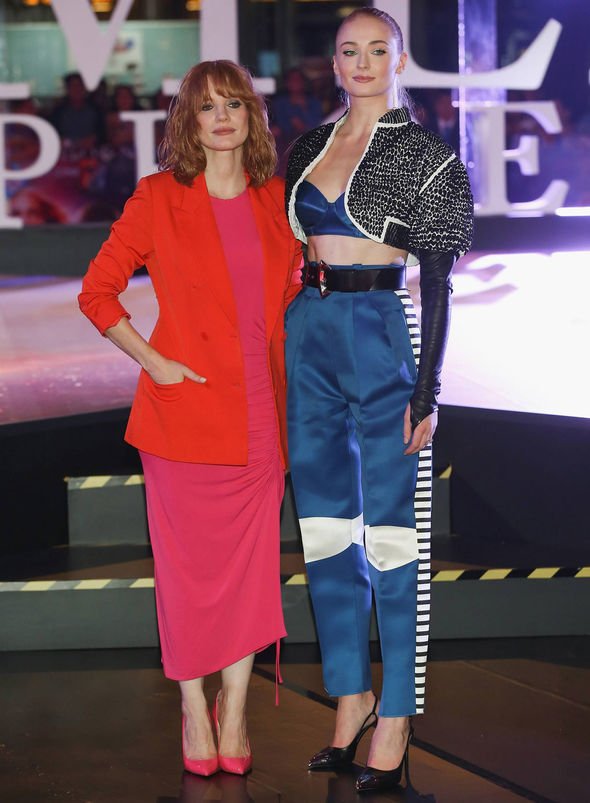 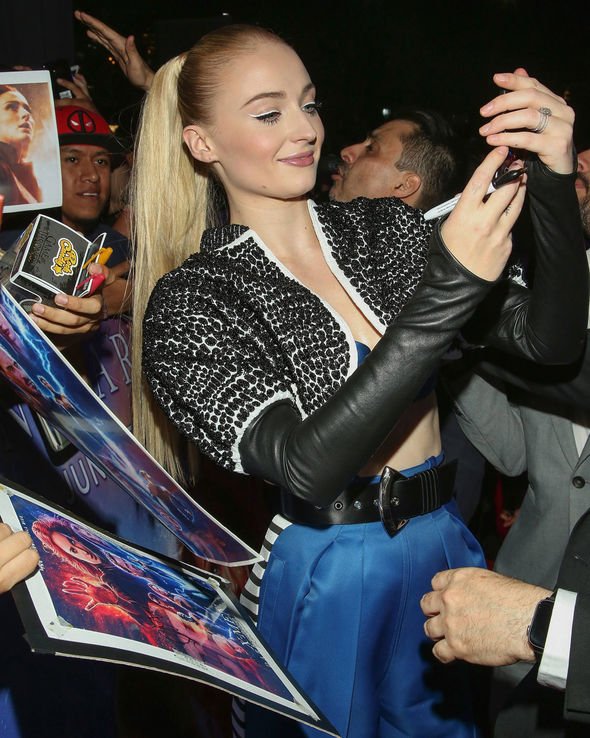