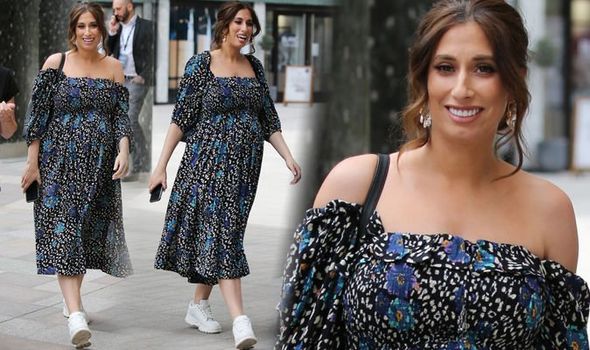 The Loose Women panelist, who is expecting her first baby with TV star Joe Swash, 37, made the most of the warm weather by donning a pretty summer dress which perfectly showcased her burgeoning belly.

The television star, who is already mum to Zachary, 11, and Leighton, seven, from previous relationships, smiled for the cameras as she left the ITV studios in the sunshine.

The mother-of-two carried a black leather backpack over her shoulder as she walked across the concourse with pals.

Stacey wore her dark tresses in a low messy bun and left soft wavy tendril to frame her face.

She teamed her floral patterned dress with a casual pair of white trainers.

The TV personality, who shot to fame when she appeared on X Factor back in 2009, has been documenting her third pregnancy on social media, much to the delight of her fans.

A few days ago, she shared a sweet picture with her 1.5 millions Instagram followers showing her family of four before they welcome their new addition to the world.

Stacey and Joe, who have been dating since 2015, looked the picture of happiness as they posed for the candid snap on their sofa at home.

However, Stacey’s caption and a second picture revealed the adorable portrait was more by luck then judgement and her eldest son was in fact “calm” because he was watching the TV. 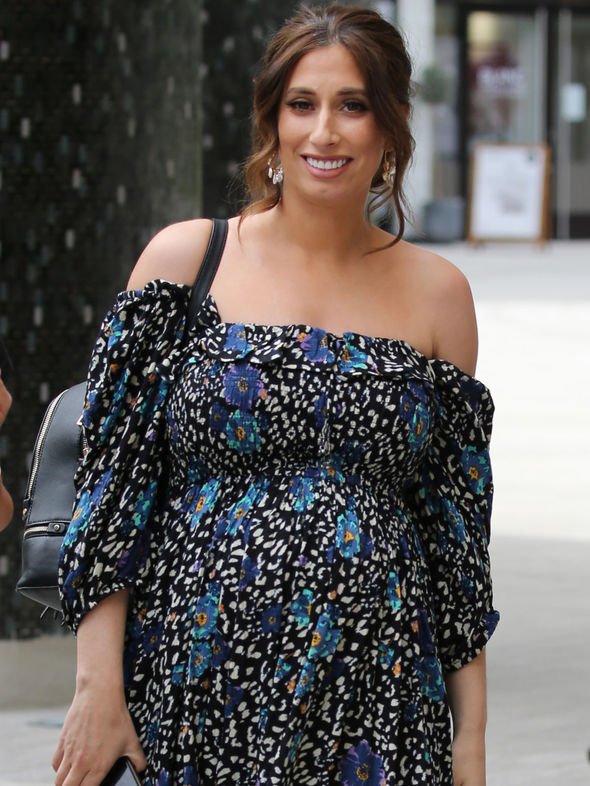 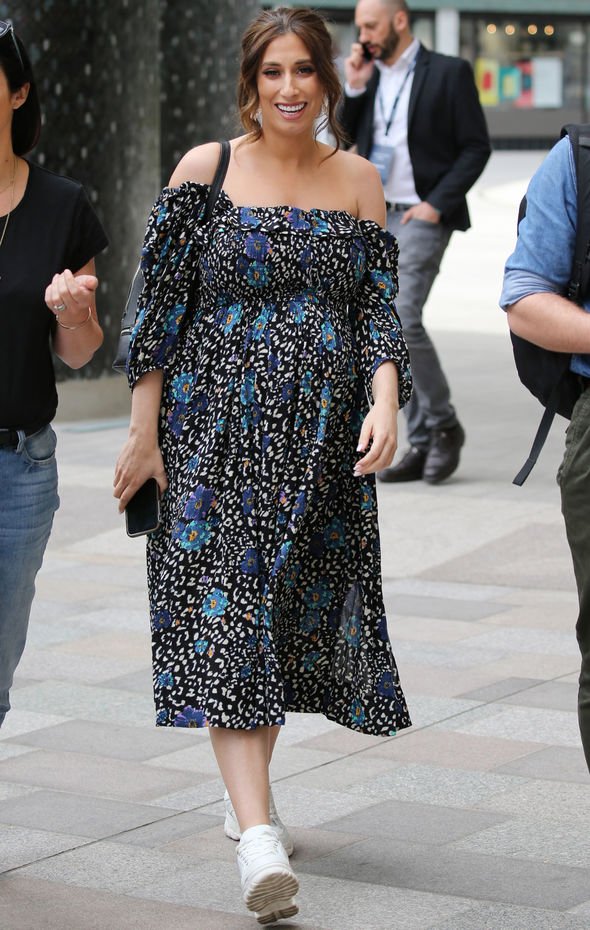 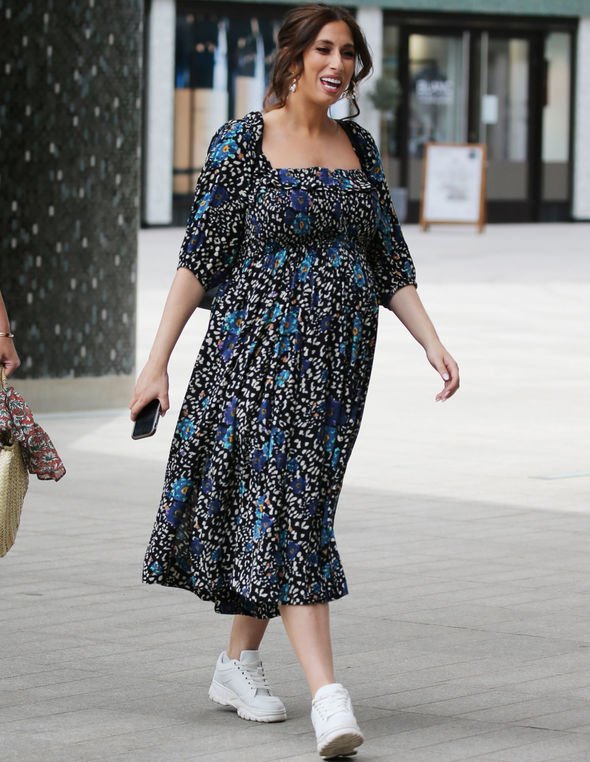 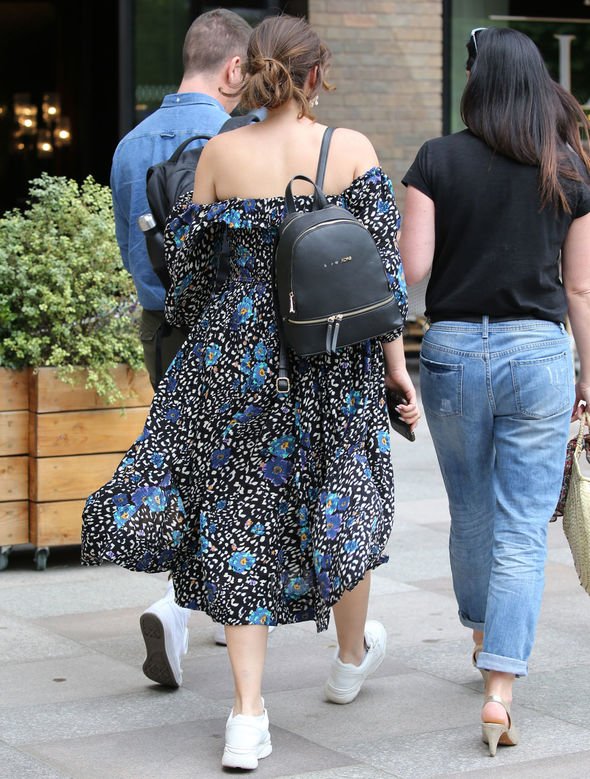 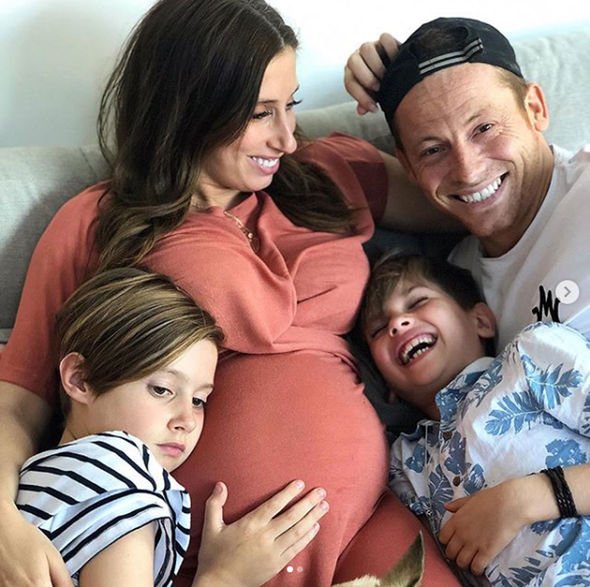 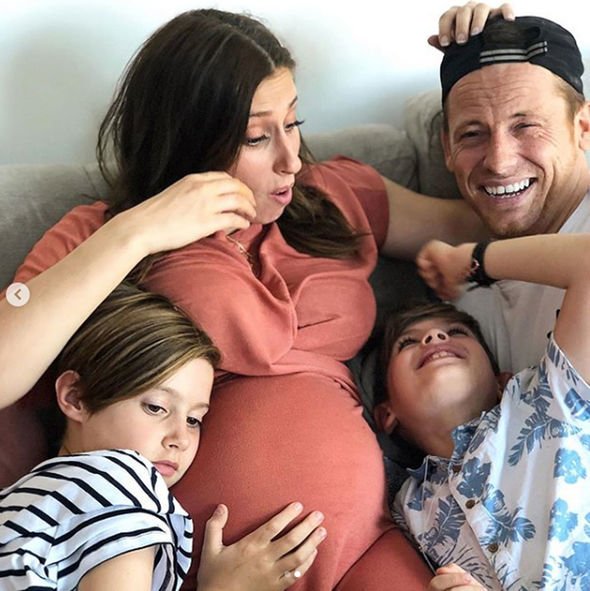