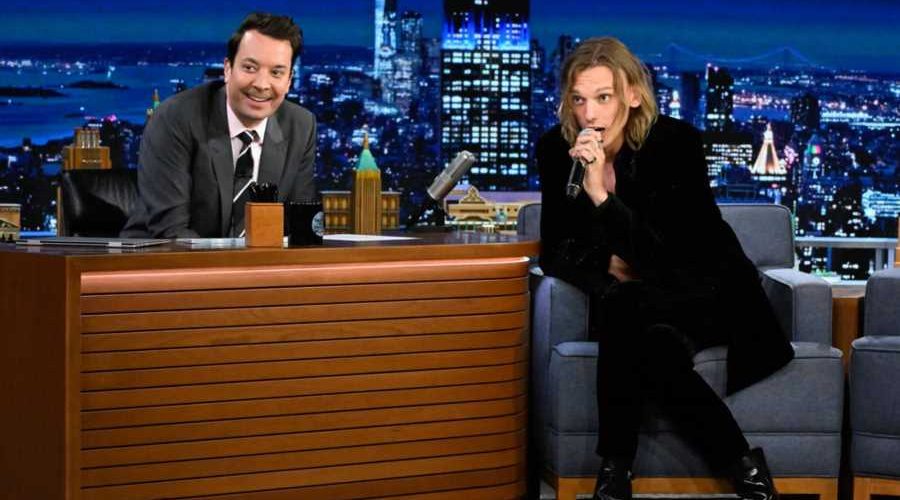 For the bit, Fallon asked Bower to read a handful of quotes and lyrics that obviously do not match the ominous, hair-raising voice the actor uses for the character. For starters, Bower recited Julia Roberts’ iconic “I’m just a girl, standing in front of a boy” line from Notting Hill, then the famous Coco Puffs catchphrase. Another memorable movie quote followed, which in Vecna’s voice, became something truly sinister: “Jack, oh Jack — I want you to draw me like one of your French girls.”

The last one, Fallon said, held particular importance to him, and Bower took a deep breath before delivering a rather remarkable — and still kinda creepy — a cappella rendition of the chorus of Lizzo’s “About Damn Time” (Vecna’s Version, obviously).

Before the bit, Bower spoke about how he came to develop the voice for Vecna, saying his first attempt was a more nasal-y, Freddy Kruger-type sound that didn’t really land at an early table read for Season Four of Stranger Things. For inspiration, Bower turned to the actor Doug Bradley, who voiced the villain Pinhead in the classic Hellraiser films: “It’s this deep booming voice that kind of comes out of the darkness… I loved it, it was amazing.”