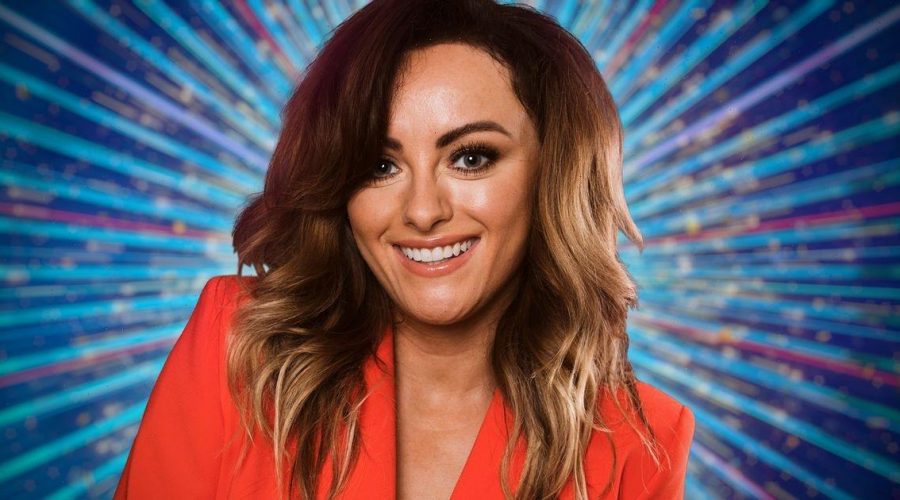 Strictly Come Dancing bosses are said to be wanting to pair professional dancer Giovanni Pernice with actress Katie McGlynn, but it could upset his girlfriend Maura Higgins, according to reports.

Katie and Giovanni set the rumour mill into full swing as they were spotted at an award ceremony, shortly after Giovanni's split from Corrie actress Georgia May Foote.

Actress Katie, who recently joined the cast of Hollyoaks, insisted they only met briefly as she previously said: "We weren't dating".

Now, Giovanni is in a relationship with Love Island star Maura, 30, and the potential paring may reportedly not go down well with her.

A TV insider told The Sun Online: "This would be a dream ticket for Strictly producers, but a potential nightmare for the trio concerned.

"The show’s bosses always strive to pair up pros and celebrities likely to have the most chemistry. In that respect, Giovanni and Katie are an obvious choice.

"But they have to consider if that could have the knock-on effect of making life so difficult outside of the rehearsal studio that it might impact on their performances."

Maura and Giovanni were rumoured to be dating in June this year after they appeared to be staying in the same Cornish hotel together.

Following weeks of speculation, the pair finally confirmed they were an item with a steamy Instagram photo.

In the image, Maura looks gorgeous in a black dress as she stands close to the suited up professional dancer.

As Maura posted the photo she declared: "I'm yours" followed by a red heart emoji.

Maura reportedly hopes to follow in her boyfriend's footsteps one day and join Strictly.

A source told new! in July: "They do really like each other, but friends think their relationship could also be a boost for both of their careers.

"Maura’s dream is to be on Strictly. She really likes Giovanni, but she also knows this relationship could benefit her. They’re both very ambitious."

Meanwhile, Giovanni has dated some high profile stars including Pussycat Dolls star Ashley Roberts from 2019 to 2020.

He also dated The Only Way Is Essex beauty in 2017 for six months.

For the latest updates on Strictly Come Dancing and the stars, sign up to OK!'s daily celebrity newsletter.