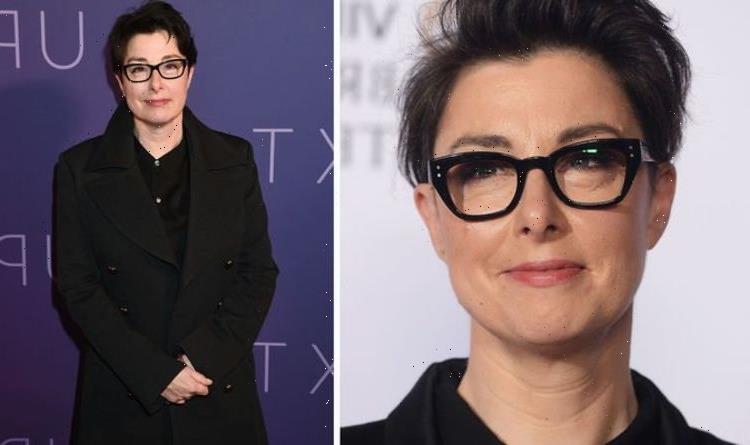 The Masked Singer: Dragon is revealed as Sue Perkins

TV and radio star Sue Perkins took to Twitter last night following her first night at the helm of long-running radio show Just a Minute. The 51-year-old has taken over from late presenter Nicholas Parsons, who hosted the comedy programme for over 50 years.

Sue informed her 1.1 million followers that it had been “somewhat emotional”.

He chaired the panel game, which requires contestants to talk about a given subject without hesitation, repetition or deviation for 60 seconds, from 1967 to 2019.

In her post, she thanked the celebrity participants who were part of her debut.

“First night hosting #justaminute. On my way home and feeling somewhat emotional thinking about the great Nicholas Parsnips. What a legend.(sic)

“Thanks to the incredible players, Paul Merton, @ShappiKhorsandi @josielawrence1 @GylesB1 and all the production team and crew,” she tweeted.

Many took to the comments section of her post to show their support for the star.

“You are worthy of his crown,” wrote Channel 4 presenter Kirstie Allsopp.

“You were truly pitch-perfect Sue!” said her co-star Gyles Brandreth, who has been a guest panellist on the show on more than 20 occasions.”

“A great show – a great start to a new era – you can feel proud and happy when your head hits the pillow tonight. Gyles xx,” he added.

Fellow guest star Shaparak Khorsandi added: “You were the business Sue. Tonight was such a pleasure and very special.”

“You were super tonight,” another follower remarked.

“I’ll always miss Nicholas, toothpaste-fresh and smart as he was, but you are just as quick of wit and big of heart.

“Big shoes to fill, but you’ll make them your own. He will be looking down tonight with pride. My thanks to you all. Mastermind indeed!”

Meanwhile, comedian Jenny Eclair, another regular guest star, said she was looking forward to her next appearance.

“Looking forward to a match under the new captain, knowing Mr Parsons would be raising a glass,” she went on to say.

When Sue was announced as the new host of the show, she said: “I’m beyond delighted to be asked to host this most legendary of shows.

“Nicholas’s shoes are way too big to fill, but I shall bring my own shoes, and work my socks off in them to keep our listeners entertained.”

The next series of Just a Minute is due to air on Monday, September 6.