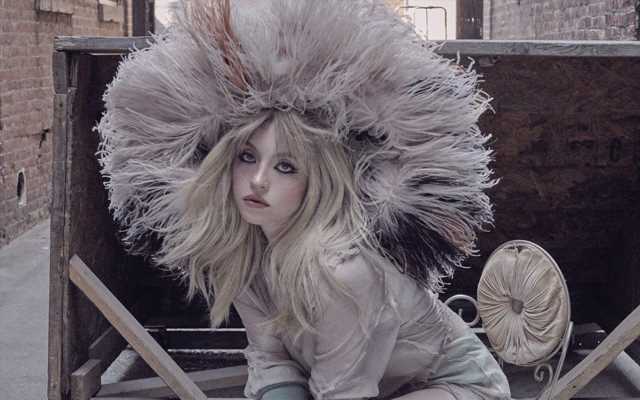 The 24-year-old ‘Euphoria’ actress explains that she always wanted to have kids at young age when slamming Hollywood ‘stigma’ on actresses who want children.

AceShowbiz –Sydney Sweeney has “always wanted to be a young mom.” Reported to have been engaged to businessman Jonathan Davino, the 24-year-old actress is said to be keen to start a family but is concerned by the “stigma” she says is put on mothers by Hollywood.

“I want to have a family, I’ve always wanted to be a young mom,” she confessed, “and I’m worried about how this industry puts stigmas on young women who have children and looks at them in a different light.”

The “Euphoria” star, who as an actress is classed as self-employed and not entitled to any paid maternity leave, added that she “worries” that she could be left without work and therefore unable to support any children she would have.

“I was worried that, if I don’t work, there is no money and no support for kids I would have,” she told The Hollywood Reporter. “If I wanted to take a six-month break, I don’t have the income to cover that. I don’t have someone supporting me, I don’t have anyone I can turn to, to pay my bills or call for help.”

Sydney added that actors in today’s world do not get residual payments like they used to and claimed that even screen work alone is not enough so she has to rely on brand deals and endorsements to boost her income.

“They don’t pay actors like they used to, and with streamers, you no longer get residuals,” she said. “The established stars still get paid, but I have to give five percent to my lawyer, ten percent to my agents, three percent or something like that to my business manager. I have to pay my publicist every month, and that’s more than my mortgage. If I just acted, I wouldn’t be able to afford my life in L.A. I take deals because I have to.”