Amber Portwood isn’t ready to give up on her relationship with daughter Leah, 12. They’ve had a strained relationship for quite a while due to Amber’s ongoing feud with Leah’s parents — Amber’s ex, Gary Shirley, and his wife, Kristina — so Amber did what she could to try to repair their relationship this week.

After telling one of the show’s executive producers that she hasn’t spoken to Leah in “a couple of months”, Amber said she feels like she’s “never going to win” when it comes to her attempts at reuniting with Leah. “I wanted us to have a great co-parenting family that I thought we had until it became weird. And then all of the sudden, Leah just started acting weird and turning on me”, Amber said.

She continued, “This is not her. She does not ignore me like this. Even if I take responsibility for every single wrongdoing I’ve ever done, it just feels like it’s never enough. All I can say is sorry and try to move forward. I can’t sit here and have her think things that aren’t true about me cause I am her mother.”

Amber went on to explain that she had written Leah a letter, but the executive producer suggested she record a video instead because it’d probably have a greater impact. So that’s exactly what Amber did — she recorded a heartfelt apology and sent it to Gary to show Leah. But Leah wasn’t a huge fan of the video. 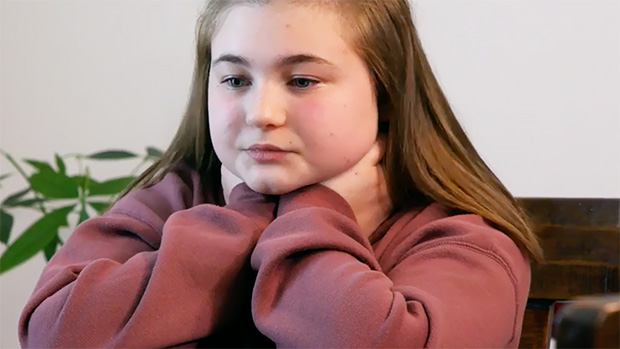 Gary then urged Leah to forgive her mom, but Leah didn’t seem interested. She told him, “I don’t know if I can forgive her. And especially not now.” Then, when Gary asked her why she couldn’t forgive Amber, Leah mentioned the videos Amber made, in which Amber was bashing Kristina and calling her a “home-wrecker” online.

“But I love Kristina,” Leah told him, to which Gary and Kristina both told her, “There’s room for all of us.” Still, Leah didn’t budge and stood her ground.

“But I love Kristina, and [Amber] tried to hurt somebody I love, so I can’t love somebody who tries to hurt other people,” Leah said. And when Gary said this situation could easily be fixed, Leah told him, “I don’t want [the problem] fixed.” She also said she doesn’t “need” Amber.