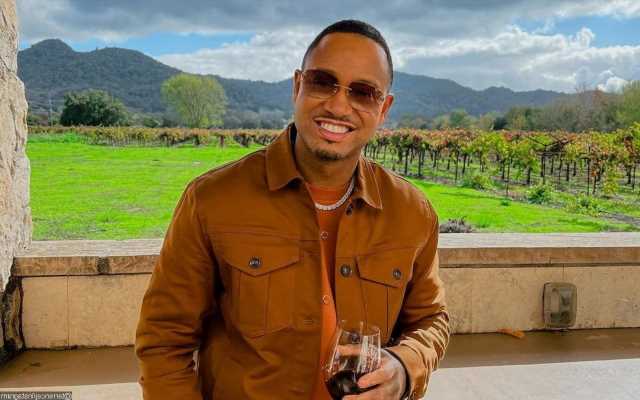 The former BET host believes he’s about to be the victim of a home invasion as several men block his way home and chase him, during which shots are fired at him.

AceShowbiz -Terrence Jenkins has just escaped a robbery attempt. The actor, better known with his stage name Terrence J, was followed by several men on his way home and got shot at on early Wednesday, November 10 in Los Angeles.

The terrifying incident happened just before 3 A.M. on the streets of Sherman Oaks. The former BET host pulled into the driveway of his home at the San Fernando Valley when he and a passenger suddenly found themselves being blocked in by an SUV with masked men inside, police say per Fox 11.

One of the men ordered Terrence out of the car at gunpoint, but the entertainment reporter refused to follow the command and managed to take off in his car. The suspects followed him and a car chase ensued, during which at least one of the suspects began shooting at Terrence’s vehicle, before they fled. No injuries were reported.

When Terrence spotted a California Highway Patrol car, he flagged police down for help. Meanwhile, Los Angeles Police Department officers quickly cleared the house, fearing more suspects could be inside the home. A woman, who had been inside the house, was unhurt, but no suspects were found inside.

Terrence reportedly told police the suspects fled in a Silver Jeep Cherokee and an assault with a deadly weapon report was taken. Later in the day, police detained a woman and arrested a man at a Best Western in Inglewood in connection with the crime. At least three other suspects are still outstanding.

The attempted robbery happened just days after the LAPD released a community alert that warned residents about “an increase in violent street robberies.” According to police, there has been an ongoing trend of “follow-home robberies,” where suspects will locate a victim somewhere in Los Angeles and follow them to their home or business to commit a robbery.

“People need to be aware of the surroundings, especially leaving nightclubs, restaurants and what have you,” said LAPD Sgt. Hector Olivera after helping clear Terrence home. He added, “It seems that the suspects are targeting individuals that either have expensive jewelry, expensive cars, and things of that nature.”