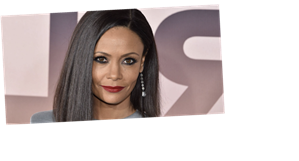 Thandiwe Newton is reclaiming an integral element of her identity: her name.

In an interview with British Vogue, the actress revealed that her given game is "Thandiwe," and "Thandie" was born from a careless oversight in the credits of her first project. Going forward, she will no longer omit the "w" in her professional endeavors. "That's my name. It's always been my name," she told the magazine. "I'm taking back what's mine."

Elsewhere in the article, Newton spoke of the racism and sexual abuse she's suffered through her decades in the industry, noting an instance in which Flirting director John Duigan demanded that she "be darker by Monday" to earn her role. Duigan was also then-16-year-old Newton's abuser. "He derailed me from myself utterly," she said. "I was traumatised. It was a kind of PTSD for sure. I was so distraught and appalled that a director had abused a young actress, and that it was happening elsewhere, minors getting abused and how fucked up it was. I was basically waiting for someone to come along and say, 'Well, what shall we do about this?'''

Newton has been speaking out against Hollywood's abuses for years. At one point, she fired a publicist who'd told her that voicing her abuse was "not good for your reputation."

"I have a seventh sense for abuse and abusers," she explained, "which I believe is one of the reasons why I was rejected a lot in Hollywood. I'll talk about it until the cows come home, because I know I'll be helping someone."